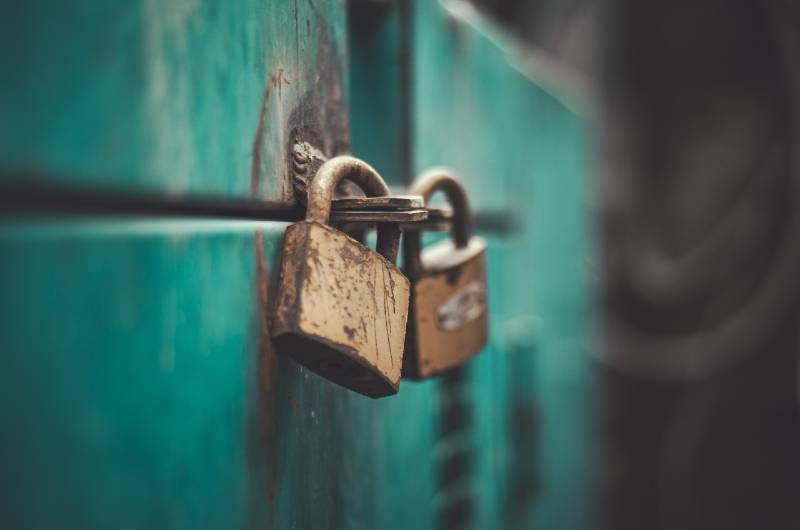 Some things, while falling, make sound. Others do not. Night falls, for example, in silence. The house is unchanged. The furniture and the windows stay where they are. The spaces in between stay empty. Night stays in place, and the bags, the plates, the keys, the shoes stay wherever we leave them. The day’s debris does not move. But everything turns to darkness. Night has no sound of its own.

A body makes sound while falling onto another. Picks, sometimes, make sound while striking the earth. A voice makes sound calling out when the stick sinks all the way into the ground. Below is a pocket of gas that makes no sound. Hands stir the earth and the voices fall silent. Some clothes are found: all of this happens in silence. The bodies no longer make sound. Unearth is a verb of silence.

Death is a gerund. A shared waiting. A woman knows it’s coming and it hardly ever comes in silence. No. If I can’t manage to say anything, if I can’t manage to get it all over with quickly, if I have to see death for hours in the faces of anyone who gets on top of me, will I be able to ask—of death—that everything else be silenced?

At what point do we start crying out to death for mercy?

Night is impossible territory. Before we’d leave so something would happen to us; now when we leave it’s so nothing does.

Between me and that woman is the street. Who will run. Which way will we go. The rhythm of the march is constant: walking without the stench of rushing, glancing casually so as not to let fear show.

A woman wishes she could know the night’s silence will end if she arrives, complete, anywhere she goes.

I want to spare you the horror
and I need to tell you
about these words, which hurt,
for which there is no peace, no way
to pronounce correctly
so that when reading them
you know that however    quotidian,
possible, real, close,
they are
never
is there reason enough
to keep them to yourself.

The sun is born in your eyes.
From your gaze, time darkens into dusk.

Kilometers of music for your dream.

The wheat announces what’s already here
and you still haven’t even glanced it over.

Name the days
from the truth of who owns
the word
for the first time.

I will bring to the table those you haven’t named
so the water
not
—yet—
in your language
starts to flow.

The nation I am
lives across all geographies
on the lips of people who use other languages
—second, third, fourth languages—
to name the place they’ve come from;

for all those
found within a shallow grave

for all those who
though we don’t know when
will become
just one more person     in some shallow grave or another;

the song that weeps
the promise that laughs
the heap of words
and the time upheaval of
this moment;

the nation I am
the one that goes out
again
again
again
to the streets
to say
I, upper-middle class
I, bourgeois
I, proletarian
I, immigrant
I, someone on their way back
I, someone who has left before
I,
I, a woman from Mexico
I:
I decide.

Whitney DeVos is a writer, translator, and scholar living in Mexico City. She is translator of Notes Toward a Pamphlet by Sergio Chejfec and The Semblable by Chantal Maillard, both with Ugly Duckling Presse. Additional translations have appeared or are forthcoming in AGNI, World Literature Today, Latin American Literature Today, Full Stop, Chicago Review, Copper Nickel, and The Acentos Review.  She is an assistant poetry editor at Asymptote. 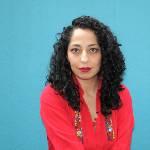 Mercedes Alvarado is the author of Días de luz larga (Elefanta, 2020) and Apuntes de algún tiempo (Verso Destierro, 2013). She produced Y hasta la muerte amar (2017), a collection of poetry with illustrations and two poetry-short films. Some of her poetry has been published in Mexico, the U.S., Spain, Portugal, and Norway. Her creative work has been performed at several venues in Norway, Sweden, Indonesia, and Mexico. 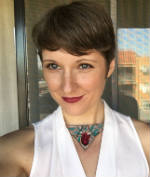 Whitney DeVos is a writer, translator, and scholar. As a PhD candidate at UC Santa Cruz, she is currently completing a doctoral dissertation on documentary poetics in the Americas after 1945. Individual translations have appeared or are forthcoming in Chicago Review, Copper Nickel, and The Acentos Review, and a translation of prose by Sergio Chejfec will appear this year with Ugly Duckling Presse. She is also the author of a chapbook, On Being Blonde, and an assistant poetry editor at Asymptote.

Barbs to perpetuate the pretense / under a rain cut with signs / of the barricade’s burden.