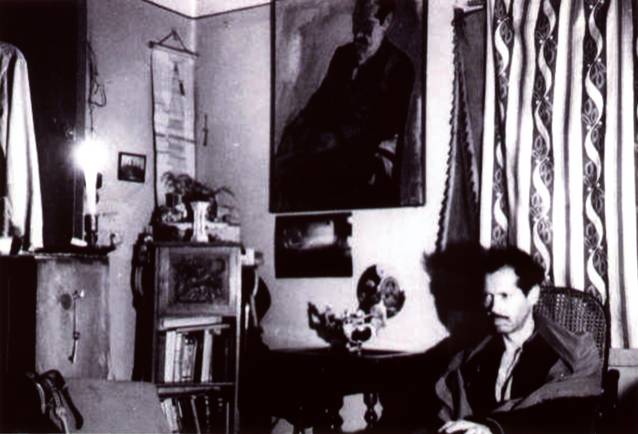 The space your body takes up in the world is equal to the space of the body into which someone has retreated;

and, if so, no one has any reason to bother or pester you;

in the space of your body, where you are absolute sovereign,

you can stand on your head, create and miscreate, and wander at ease,

free at last of a nightmarish world full of swarming specters and skeletons who siphoned your life.

In any case, your dwelling, your city, your night, and your world boil down to your body;

and the one who dwells there is not you, but the body of your body.

For the body that dwells in you is, in reality, you;

it’s only that your body leaves off being you,

and passes into itself.

but which, for that, won’t cease being you.

Therein the inhabitant, who is the body of your body; therein, likewise, the inhabited one, who is your body.

And what of the illimitable loneliness nestled in the space of your body?

There is a longing for loneliness when someone is by your side;

but with no one there, it is loneliness who longs for you

and it’s as if you weren’t there, or as if you had gone away looking for someone else to miss.

The loneliness within the space of your body shall be, then, a protracted one, regal and algid

a lost portrait and a stilled wheel in the dismal room.

What is the night—you ask now and forever.

The night, a revelation still veiled.

Perhaps a deathform, tenacious and flexed,

perhaps a body lost to the night itself.

Truly, a chasm, a space unimaginable.

A subtle, lightless realm, not unlike the body dwelling in you,

which hides, surely, many clues to the night.

When I consider the night’s mystery, I imagine the mystery of your body,

which is only one of the forms of night’s being;

I know beyond doubt the body that inhabits you is nothing more than the darkness of your body;

and this darkness is diffused under the night’s sign.

In the countless concavities of your body there are multiple kingdoms of darkness;

and this is something worth reflection.

This body, closed, secret, and forbidden; this body, other and fearsome,

neither foretold nor foreseen.

it only allows itself to be sensed from afar, from the indeterminate, charged with excessive loneliness which has nothing to do with you.

And it only allows itself to be sensed feelingly, through temperature, and through a sorrow that has nothing to do with you.

If anything fills me with awe, it is the image that imagines me from afar;

The body of the night and the death of the body rivet my mind.

And I ask myself:

What is your body?  I don’t know whether you’ve even asked yourself.

It’s a gambit, grave and adverse.

One time I came close to my body;

and realizing I had never seen it, even though I bore it with me,

I asked it who it was;

and a voice, in the silence, said to me:

I am the body who inhabits you, and I am here in the darkness, and I suffer you, and live you, and die you.

But I am not your body.  I am the night.

From The Night, Princeton University Press, 2007

Forrest Gander, born in the Mojave Desert, lives in California. A translator and writer with degrees in geology and literature, he is a recipient of numerous awards, among them the Pulitzer Prize and the Best Translated Book Award, as well as fellowships from the Library of Congress, the John Simon Guggenheim Foundation, and United States Artist.

Kent Johnson is known for his broad-ranging work as a poet, translator, and critic. He has lived for extended periods in various countries, including Uruguay, Nicaragua, and Bolivia. In the latter he collaborated with Forrest Gander on the translation of two poetic works by Jaime Saenz: Immanent Visitor: Selected Poems of Jaime Saenz and The Night. 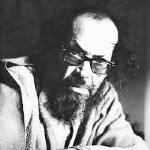 Jaime Saenz was born in La Paz, Bolivia in 1921 and died in the same city in 1986. Bolivian and international critics consider his poetry a far-reaching and influential body of work within Spanish-language letters. As well as poetry, he wrote essays, short stories, and novels. Versions of his work have appeared in English, Italian, and German. His work has been published in many countries of Ibero-America.

Forrest Gander, born in the Mojave Desert, lives in California. A translator and writer with degrees in geology and literature, he is a recipient of numerous awards, among them the Pulitzer Prize and the Best Translated Book Award, as well as fellowships from the Library of Congress, the John Simon Guggenheim Foundation, and United States Artist.

Elena Poniatowska: The Switchwoman of Memory

If we were to believe that those conceited little people every single day on primetime TV are the ones that move history forward, a good part of our heritage would…

Eduardo del Río-Rius, one of the most prominent Mexican caricaturists, died on August 8, 2017. Author of hundreds of books and comics, and a winner of the National Price for…