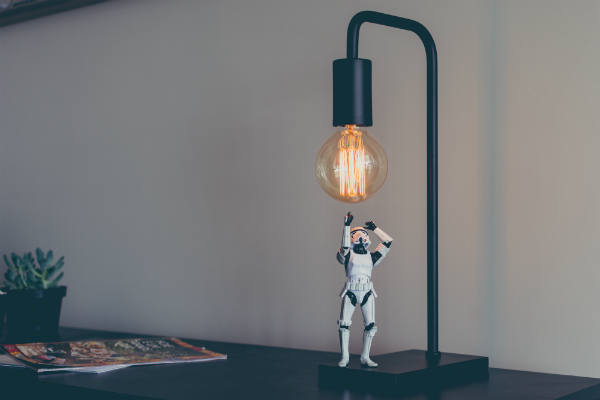 those in the know say, in no uncertain terms,
that a scientist should never fall in love
–it sounds like negative Kama Sutra, but no–,
with his/her own, or for that matter,
someone else’s, theory, regardless of how
marvelous or accurate it may seem…
one must always be willing to make
the necessary adjustments, and if you don’t
believe me, here is the greatest example
of all past, present, and future centuries:

E=mc² was nothing more than m=E/c²
before it grew into the beauty it is now
… what goes for the mathematical
troubadours goes for the poets too… i
hope they will forgive me for meddling in
their affairs, which happen to be ours, as well,
but it might suit them to consider these issues,
beginning, perhaps, with the most urgent:
let’s pose some real challenges
to the poetic voice as  we know it…
the first of these, and why not, the deep sky,
the universe that runs through me [us]

i, the worst of all cyborgs

the experts (i.e. Clark and Warwick)
have already explained it: we are,
and have always been, natural-born cyborgs,
no one can (will) escape from this condition,
half flesh, half what-have-you: metal,
plastic, electronic prosthesis, etcetera;
but i –and this is not an attempt to align
myself with the dark(er) side of this history
of ours, or to emulate the melancholy hero
of Subiela’s film or to provide the male
counterpart of Bemberg’s Sor Juana– am
the worst of all of them, for this simple reason:
i am, and have been, more post-human
than any of you: for a heart i have
a robotic eye, complete with miniscule
video camera laser trained on a
bar-coded topless dancer straight out of
Ellis’ Transmetropolitan, a femme
fatale, i don’t deny it, still unborn,
that is, she hasn’t yet been designed
by some wizard of biotechnology –but i
will not be satisfied by the virtual version,
i know this about myself, i want her
on the big screen of real life– and, to make
matters worse, or, on second thought, to lend
an air of suspense to the story, this better half
of mine holds, in just one of her icy kisses, the
chip that would make me work at 100%
capacity, though i would pay for it dearly in the
corresponding Dantean circle; Beatrice dances, too,
and sings –over and over again, but as though
it were always her first time– Haraway’s
famous battle-cry: i would rather be a cyborg

as i prepare myself –that is, while i search
for some original inspiration– to compose
the book of poetry of my life, Siervo libre
de amor, the beautiful and apt title of which
i owe to a singular Galician troubadour,
a descendant of Macías; this being, I repeat,
i lick the wounds left on me by the
aerolith, lifting my head from time
to time to cast a passing glance
at the harmony of the cosmic strings…
and if, by chance, the lines i await
do not come soon, i am earnestly,
and with futuristic delight, contemplating
the possibility of launching myself
into space, at my own expense and risk
–gravity could be conquered by such a
poetic act, wouldn’t you say? – and in so
doing, i would whisper to my alma desertora
–with music and lyrics by Los Tres,
in a Café Tacuba video performance–
se abre la tierra, el cielo está a mis pies

sometimes i think, without any
visible evidence, that the reason
i haven’t yet found you on this planet,
in this hemisphere, this imperial nation,
this small, distantly Greek city (i teach
Southern belles lettres), on the far
side of the street, close enough that
i could cross and tell you that
i love you, and that you love me,
is simply because you live in another
land, millions of light years from the
open window where i wait, forgotten,
in imposing solitude, 99.9% certain
that i will never see, for reasons of
premature birth, the day when
–an epiphany no less sweet for its
inevitability– stars will not be just
points of light, and you, my beloved
alien, sleepless and radiant from an
interstellar love affair, will not only
answer some of our most compelling
questions about the Universe
–without needing to be a goddess–
to do so, but you will also (and

this is a harmless bit of coquetry)
generously have justified, if not the
poet, then at least this, your poem

perhaps she isn’t some absurd number of light-years
away, quietly singing the same bolero in a galaxy
that grows more distant by the minute –as
i wrote before, somewhat despairingly, maybe she
is living just above, in one of those parallel worlds
they’re always talking about, theoretical oddities that,
it turns out, predate the likes of Einstein and his
Florentine curvatures … hovering, still invisible, in an
universe with (in an attempt to lend some substance

to this fantastic tale, in a sort of wishful by-product
of M-theory) at least one dimension more than
the one i inhabit, making her a hyperbeing –or,
as they used to say only yesterday, an angel,
a fravashi d’amore, floating on a nearby brane, on
an identical sphere that for some cosmic reason
has not [yet] collided with this one, allowing
this angel to fall into my world, into my arms– and
blessed be the gravity that enables us to be the
protagonists of such a colossal event, as the first
truly interspatial lovers in all history –ignoring,
of course, the advances made by the Babylonians
in this arena… but in this case there would be no
lion, and no tragic ending–, furthermore, as
Michio Kaku astutely observes: it would be impossible
to keep secrets away from a hyperbeing –hence
the age-old monikers deity, supernatural, or aerial
being, muse…, inaccurate, or rather, mythical science–
i won’t silence the sweet nothings intended for her ear,
or hesitate one moment more in telling her
that, for centuries, i have had but one solitary purpose:
to (re)unite you and me in a single elegant poem
–i don’t want to end up a shadow of myself

the end of cosmology

just as we were beginning to understand
this: no more true suffering in this
aurora of Physics (in the words of
Juan Luis Martínez? –who may or may
not have been thinking of the Whitman
of 1889, but anyway…), and as a direct
consequence of surrendering our poetic
vices to 40 days or + of rehab –each

of us at our own precise moment–,
the end of cosmology is foretold
–and the arguments are convincing
(http://www.youtube.com/watch?v=B7cuFnVJDyY),
startling even to those who place
no more weight on such things than
they do on the avatars of love, or war,
or some other sad and lethal paradox
of the human comedy …briefing you
here– and, in order to justify, with no
other aim than this, the opening and
deeply personal close of this text, the
universe destroys the records of its past,
and slowly (but, on a cosmic scale, this’s
faster than we could ever imagine) nothing
of this great and accelerated expansion
will be able to reach us, the future
will become, beyond our stellar neighborhood,
an unbridgeable void, as we find ourselves

unable to contemplate (as we have
the other, the one against which the sun sets)

that event horizon where, without witnesses,
all the other galaxies will disappear
into oblivion… And if this does not come
to pass as predicted, leave it to the
scientists of that future generation,
who could not, nevertheless, have been
born into a time more cosmologically
charmed than its predecessors…

i live/write in this aurora…,
but still i rest in peace,
roughly 100 billion years
from my death, steps from
an observatory, the eyes of which
have by now fallen blind to all
but the neighboring lights
of this island universe

for now i simply sing –casually, quietly–
Pink Floyd’s “Learning to Fly”
from a hill to the north:
http://www.youtube.com/watch?v=PkYZSOfEm1w&amp;feature=related

[the above link no longer exists, so that the poem is truncated… hazards of the online life… You can add this one in its palce: https://www.youtube.com/watch?v=mL2WsW-qru8]

“Physics and Poetry: An Introduction to Luis Correa-Díaz” by Alberto G. Rojo

Heather Cleary is a translator, writer, and one of the founding editors of the digital, bilingual Buenos Aires Review. Her translations and literary criticism have appeared in Two Lines, A Public Space, and Words Without Borders, among other publications.

Her book-length translations include Sergio Chejfec’s The Planets (finalist, Best Translated Book Award 2013) and The Dark (nominee, ALTA’s National Translation Award 2014) and Poems to Read on a Streetcar, a selection of Girondo’s poetry published by New Directions (recipient, PEN and Programa SUR translation grants). She holds an MA in Comparative Literature from NYU and a PhD in Latin American and Iberian Cultures from Columbia University, and currently teaches at Sarah Lawrence College.

She has served on the jury of the Best Translated Book Award (2016) and the PEN Translation Award (2015), helped organize the annual conference of the Barnard Center for Translation Studies (2015), and is known to jump at the chance to talk about contemporary Latin American literature and various translation-related topics.

The Glass of Milk

Leaning on the starboard rail, the sailor seemed to be waiting for someone. In his left hand he held a white paper wrapping, with grease stains in several places. In…