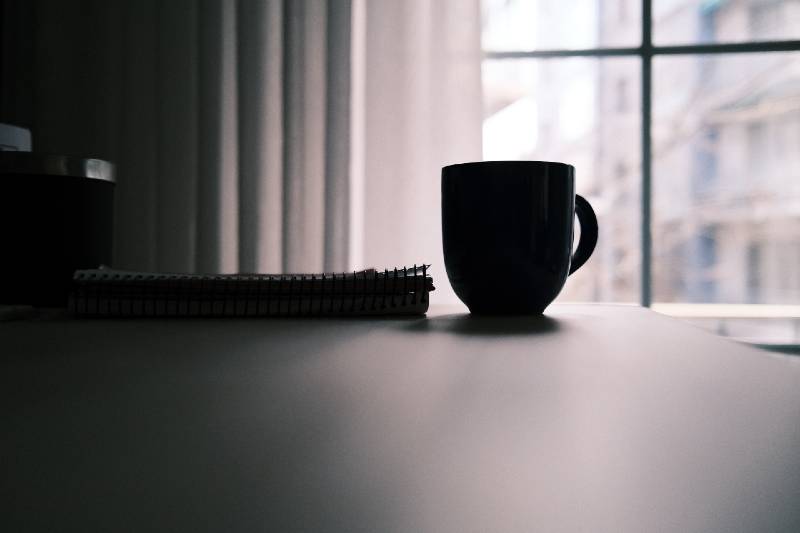 A Graveyard in My Garden

The alarm clock did its job, buzzing punctually at eight o’clock. How could such a small device make so much commotion? It seemed strange that Mariana wasn’t hopping out of bed to take a shower, make herself a frugal breakfast—of which milk was always a component—and leave for work. It was not strange at all because she was dead.

At nine o’clock I opened my eyes for the second time, uncomfortable, unaccustomed to that body still there beside me on a Monday morning, as though it were Sunday. Considering our financial situation, I certainly didn’t want Mariana to lose her job, so I tried telling her, affectionately, “Mariana, I’d love for you to stay here for the rest of your life, but we’re poor. Time for work.”

According to daily routine, Mariana should have turned on the hairdryer in the bathroom by then, signalling that she was about to leave and that my sleep would soon begin again. But there was no such thing and the silence was becoming unbearable. A few minutes before ten, I pushed through my sleepy state and after seeing Mariana’s rigid body I understood that, once again, life had changed.

We had been living together for six years and everything seemed to indicate that we loved one another or, at least, we had managed to reach that impasse where a relationship can stay in rhythm for all eternity. I suffered from insomnia and she had endured two heart attacks. Her heart was as weak as her arms and her voice. Death had left the beauty of her naked body intact and preserved her face’s usual look of tranquility. Mariana was in the habit of sleeping naked; nightclothes made her lethargic, pressing down on her. I walked out of the bedroom toward the kitchen to make breakfast. I would eat alone, as I did every morning. First, I went downstairs—we lived on the second floor—and bought the newspaper: same stories, same corruption, politicians making accusations among themselves.

A grant had allowed me to live in Madrid for nine months in a modest apartment close to the Santo Domingo station. In the mornings, before starting my academic routine, I enjoyed reading the day’s obituaries. The general age range of the recently deceased was usually sixty to ninety. I would shiver when I found a dead person my own age. Oh well, little brother, you went before I did, I said to myself, relieved. Mexican newspapers published no such list, since they would have needed to dedicate an entire supplement to the obituaries, impossible in such a poor country. When I lived in Madrid I was still young, whereas today I am patiently waiting to turn forty.

I washed my plate, glass, and spoon without listening to Mariana, who advised using latex gloves. You men don’t know how much women like soft, masculine hands. And now I would live without her, without her quirky and often sensible recommendations, without the sound of the hairdryer in the bathroom. I didn’t know if I could get used to unforeseen solitude. After all, during the years we lived together I had never had to take sleeping pills. All I needed to be peaceful was the presence of her naked body and the warmth it gave me.

I would keep only indispensable things and throw out half the household. Goodbye to most of Mariana’s electrical devices, goodbye to the stools and realist-style paintings. I also thought about buying a box of rum bottles to bear the suffering. I’m sure that as the days go by my pain will grow, and I want to be prepared. I would have liked to be brave enough to kill myself, but that act is not part of my fate, that’s all, I’m not going to think about it. I went back to the bedroom and tidied things up. She had always been messy, but I was the opposite: I wasn’t concerned about cleanliness, only tidiness. I would go around after her, picking up the clothes she left on the floor, and she would do our laundry and buy soaps for me.

By noon the cold had started building a house in her body, and soon her lips would start to petrify. I spread her legs—she was face up, just as the doctor had forbidden her from sleeping—and passed my lips over her. She smelled and tasted as good as ever, so lightly of pee, of moisture and life, honey and whey. I made love to her the way she liked it, entering rough and then continuing softly. We spent the afternoon spooning, her back stuck to my chest, the way she liked after I had been inside her.

I never thought the police could interpret my jabs and cum on her breasts incorrectly. Who thinks of the police while they’re saying goodbye to the woman they loved most in their life? It was strange not to cry or feel despair, but I’ll have time for that in the future. If I’d had a garden, I would have buried Mariana there to keep her close to me always, but we lived in a two-bedroom apartment. Even if such a garden had existed it would have been complicated to bury her there, since soon her relatives would claim their share: they would want to cry, offer money for the burial and make comments about how loving and good she had been.

Mariana was very discreet and no one in her family knew she had been living with a man. So to them I’ll be a stranger. The moment I pick up the phone and dial whichever number, peace will have ended and our love, Mariana, and our peace.

Helena Dunsmoor translates, teaches, and writes in Canada, where she acquired a PhD in Latin American literature. She has published poetry, interviews, literary criticism, and literary translations. 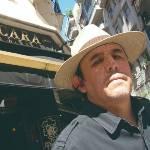 Guillermo Fadanelli was born in Mexico City and has published over 30 books of fiction and non-fiction. He is the co-founder and director of Moho, an underground cultural magazine and publishing house. Fadanelli is a columnist for various newspapers and magazines, and regularly contributes stories and articles to anthologies and art catalogues. His work has been translated into seven languages. He was shortlisted for the Rómulo Gallegos International Novel Prize and awarded the Premio Nacional de Literatura, the Impac-Conarte-ITESM Prize, the Colima Prize, and the Grijalbo Novel Prize. In 2019, Fadanelli received the Premio Mazatlán de Literatura. 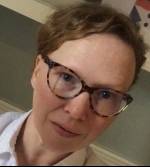 Helena Dunsmoor translates, teaches and writes in Canada, where she acquired a PhD in Latin American literature. She has published poetry, interviews, literary criticism, and literary translations.

by María Julia Rossi
It’s no exaggeration to claim that motherhood has taken Spanish-language literature by storm in these first decades of the twenty-first century. From relatively marginal characters—when not overshadowed or simply invisible—mothers…

Any collection or poetic selection of an anthological nature, however brief it may be, will always be a curatorial exercise that should be aware of its precariousness: wishing to be…

Make yourself earth. / We will put wind in your navel / and sea between your legs. // Make yourself light and stars. / I’ll pass the night in sky-blue…