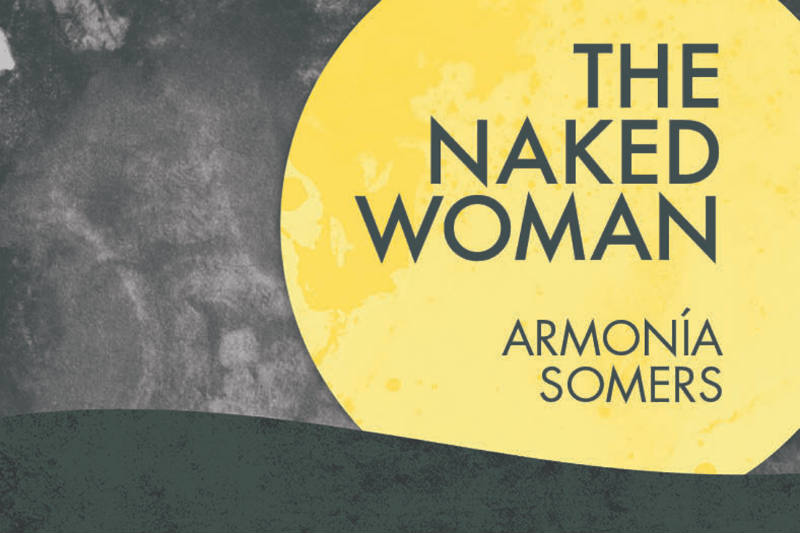 “To replicate the original experience, it had to sound distinctively, gloriously odd”: An Interview with Kit Maude, Translator of Armonía Somers

The Uruguayan author Armonía Somers (1914-1994) has been a notorious outsider within Latin American literature. Nonetheless, the reverence of a myriad of writers and intellectuals have kept her legacy alive, as a sort of cult figure. Last year, the Feminist Press published The Naked Woman, the first full translation of one her novels into English. It is now longlisted for the 2019 National Translation Awards in Poetry and Prose. In this conversation, Kit Maude (based in Buenos Aires), reflects on the challenges, perspectives and joy of translating a novel ahead of its time.

Gabriel Villarroel: Somers’s work is still not a widely known in Latin America. What compelled you to translate The Naked Woman?

Kit Maude: It can be hard for a writer, any writer, in Latin America to become known outside (or even inside) their home country. The publishing industries of each country tend to be fairly insular and books from local publishers tend not to get distributed continent-wide (that’s changing a little now). In the twentieth century it was probably more likely for a Latin American writer to meet their peers from other Latin American countries in Paris or Havana than, say, Buenos Aires or Lima. That’s probably still true today although the venues for the continental gatherings might have shifted to university campuses in the US. Practically speaking, for a writer to gain a continental reputation, they probably had to make their name in Europe or the US first. Uruguay doesn’t have a very large literary scene and Somers was an outsider even within that —she never knew a time when all her books were in print, some were unavailable for decades— so the chances of her ‘breaking out’ were always slim.

I came across Somers after an editor in the States mentioned to me that there was a dearth of translated fiction by women from the twentieth century —the kind of literature that would fall into the ‘modern classic’ category— so I asked a couple of learned friends and they both suggested Somers (it later transpired that neither of them had actually read her, but that’s another story). I read La mujer desnuda, took a deep breath, scratched out a —terrible— sample and sent it out. To my surprise and gratification, the people at The Feminist Press were mad and wonderful enough to take a chance.

G.V.: What were the main challenges in translating this novel?

K.M.: Eeep! What wasn’t a challenge? I think I’ve used the words ‘unusual’, ‘dense’, and ‘irreverent’ to describe her prose but we can add ‘allusive’, in that she often makes vague references to things rather than naming them outright, ‘surreal’ in that she can slip from the real to the fantastical in a single sentence, ‘rambling’ in that digression follows digression, thoughts and images flop headlong over one another before erupting with sudden moments of profound and piercing insight…

In short, it was a challenge on a technical level just to understand what was going on and render it into English and it also presented a number of choices in terms of the craft. I wanted to avoid the temptation to ‘smooth out’ Somers’ style —the idea was to replicate the experience of reading her in the original and that meant that it had to sound distinctively, gloriously odd. But in a way that readers might find inviting. Let’s just say it went through a draft or two…

The other challenge was to bring out an aspect of Somers’ work that people still overlook I think: her sense of humor. Somers is one of the funniest writers I’ve ever read but, like Kafka, she doesn’t get enough credit for it, maybe because she’s so caustic, maybe because she’s working in such dark territory. But absurdity has a purpose and part of it is to make people laugh. For humor to work in a translation it has to be crisp, the pressure and timing need to be just right. I have no idea whether I’ve achieved that (I mean, I laugh, but then I read the original).  My editor, Lauren Hook, was a massive help in all of this.

G.V.: Your translation of The Naked Woman, to me, reflects the humor and deliberate rawness of Somers’s text. However, the labor of the translator is often afflicted with a sense of loss. Are there aspects of the original text that you feel were left out of the translation?

K.M.: I’m glad you think so! But if some aspects got lost along the way then I’ve failed! The reading experience will obviously be different in English but I’d hope it’s substantially the same: that strong, liquorice taste of Somers’ writing ought still to be there. Of course, you don’t get the same context: the shock of this book when it came out anonymously in the fifties in Uruguay. You can’t replicate that, sadly.

G.V.: Gender and the woman’s body are fundamental to Somers’ novel. Were these aspects a factor in the translation?

K.M.: They’re certainly very important aspects of the novel, in terms of the translation it seemed important to reflect the difference in the language between the passages centering on Rebeca Linke/The Naked Woman, which are authoritative or full blooded to use a term she might have liked, and the conventional world, which comes off weak; full of objects of fun or scorn —an inversion of said world’s perspective. But sex is also a major factor and you could make the argument that it’s there that they come together— witness the town’s collective erotic fantasies, from the bickering boys to the priest, or poor old Juan’s baffled moment of bliss.

G.V.: You could argue that The Naked Woman is not a typical work of literature for its time. It blends dreams and reality and makes use of irony, humor and mythology…

K.M.: It’s pretty unique for any time, isn’t it!? And I think that’s part of what kept her from being more famous —people didn’t know what to do with writing like this. In many ways we’re far better equipped today to understand this kind of work: the irreverent approach to important issues, classic themes, mythology… the conversational way she writes about incredible things… I think it feels very contemporary. In terms of the translation the hard part was there not being an obvious model for me to follow. In the end I read a lot of Ulysses —especially Molly’s monologue— along with a healthy dose of Joy Williams’ stories.

G.V.: What can a South American novel from the middle of the 20th century bring to contemporary feminist discussions?

K.M.: Well, there are far better qualified people than me to talk about contemporary feminism but the basic story: ‘Extraordinary woman decides to do things differently and turns the lives of a conservative stuck-in-the-mud community upside down’ is surely going to strike a chord now and for a long time to come.

G.V.: Nowadays globalization is an undeniable factor, and translation plays a fundamental role in this process. As an intellectual with closeness to both, literature in South America and the United States, what differences and similarities do you find in both markets?

K.M.: I’m only really familiar with the publishing market in Argentina but I actually find it to be rather insular: in part that’s down to economic reasons – the exchange rate doesn’t really facilitate importing writers from abroad —but also the fact that Spanish publishers; both independents and multinationals, often buy world Spanish rights but rarely make much of an effort to promote or distribute their books in Latin America. The result is that a lot of very good writers from across the world don’t get read much while quite mediocre writers enjoy a surprisingly healthy following. In the US, it seems as though most of the really interesting new writing is coming from people with multicultural backgrounds and cosmopolitan stories to tell. I don’t know if that’s globalization or just good old fashioned immigration.

G.V.: The literary field is changing indeed. Do you perceive it is moving towards a more diverse approach? How optimistic are you about it from a translation point of view?

K.M.: Certainly, I think publishers are far more likely to be interested in books from different parts of the world than they used to be. And more publishers and editors are actively looking for new voices and perspectives than ever before. But there’s still a lot of pigeon-holing going on —I’ve been told more than once that editors wouldn’t even consider a writer from a certain country ‘because they already had one’, or even just from South America, as though the idea were to stick pins in a map.

G.V.: You point out, accurately I believe, that there is a dearth of women writers from South America translated into English. What other authors can you think of that are waiting to be translated?

K.M.: A bunch! The names that come immediately to mind are Sara Gallardo and Elena Garro and I recently discovered Juana Bignozzi… but that’s just the tip of the iceberg —part of the problem is many women writers are still waiting to get their dues in their original language. It’s a frustrating state of affairs but also exciting in that there’s so much out there to be discovered.

Image from the cover of The Naked Woman by Armonía Somers, translated by Kit Maude and published by Feminist Press.

Gabriel Villarroel holds a PhD in Spanish Literature from Georgetown University. He has worked as a journalist for radio and print magazines in topics regarding music and film. He received an honorable mention in both the Short Story National Award: Cámara de Comercio de Montería-El Túnel (2010), and the VI Short Story National Award: La Cueva (2018). He is currently working on his first novel.

There is also Beauty in Alienation

I answered the ad in the paper at the end of February. Barely two months into the New Year and I already knew that with my forced diet of sunflower…

Mhoris eMm: "When queerness is normalized, something else will appear to destabilize it": A Conversation with Martin Ward

Mhoris eMm is an emerging voice from the LGBT community of Buenos Aires. As a writer, poet and queer performance artist from Buenos Aires, Mhoris is part of a new…