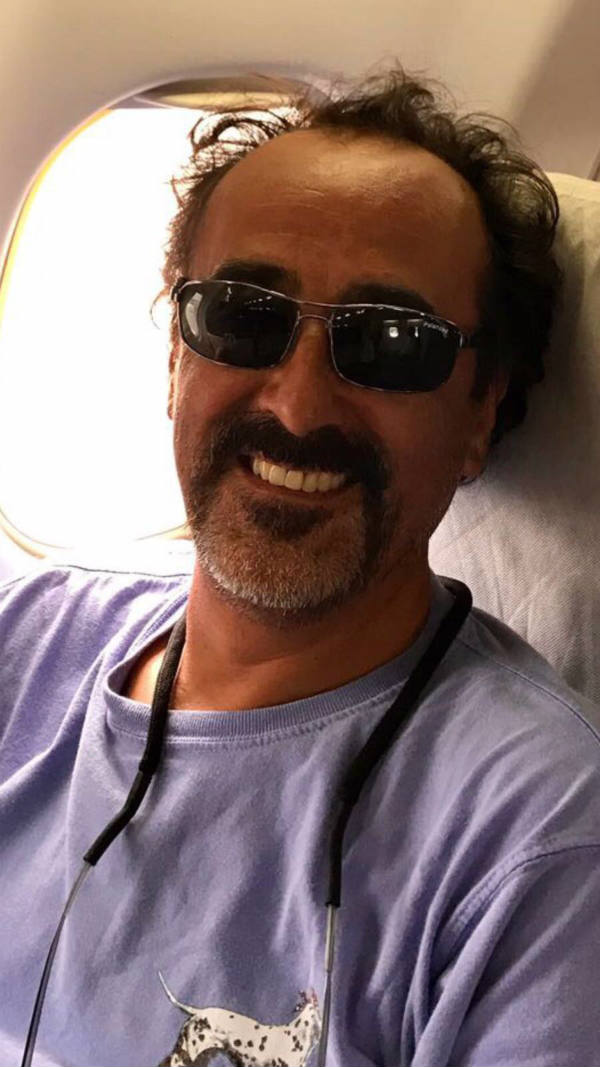 Physics and Poetry: An Introduction to Luis Correa-Díaz

One of the most poetic ideas I’ve read comes from Werner Heisenberg, the scientist regarded by many as the least poetic: “Light and matter are both single entities, and the apparent duality arises in the limitations of our language.” The line is from the introduction to The Physical Principles of Quantum Theory, where he presents the details of a new Physics with an almost dictatorial mathematical rigor, deprived, according to widespread consensus, of all esthetic content.

Beauty, the esthetic criterion, the search for a correspondence between natural laws and a pre-established order, prior even to experimentation, is a guiding principle in many scientific advances. Claussius, Einstein, Dirac, Weyl, and De Broglie deciphered complex clues of the Universe pursuing, rather than the explanation of unexplained experiments, a horizon of symmetry and simplicity. Thus they unfolded the precise fabric of a coherent tapestry, a map of reality implicit in an intricate skein of metaphors, literary intuitions and fantastic extrapolations of reality. “You see, my son, here time turns into space” says Wagner in Parsifal. And Poe, in “Eureka, a Poem in Prose,” proposes, in 1848, the solution accepted today for the so called Olbers’ paradox: if the universe is of infinite extent and the stars are distributed throughout the universe, then we should see a star in any direction and the night sky should be bright. However, it is dark. Why? “The only mode,” says Poe, “we could comprehend the voids which our telescopes find in innumerable directions, would be by supposing the distance of the invisible background so immense that no ray from it has yet been able to reach us at all.” Many years later, Ernesto Cardenal would quote him in “The Music of Spheres”: “but night is dark and the universe neither infinite nor eternal.”

Heisenberg’s works, on the other hand, don’t seem to emerge from that tradition. Steven Weinberg emphasizes this feature in Dreams of a Final Theory. Heisenberg does not resort to visualizations or extrapolations from prior intuitions but rather proceeds, says Weinberg, like a magician ‘‘who does not seem to be reasoning at all but who jumps over all intermediate steps to a new insight about nature.’’

This is why I’m fascinated by Heisenberg’s allusion to a limitation of language in referring to an apparent physical duality. Poetry is precisely the exploration of the limitations of language, the insisting attempts at permutations that can prolong the reach of our intelligence, the search of micro-revelations, the intention to express the inexpressible.  That might explain why, on more than one occasion, what started as an artifice of the poetic imagination eventually converged to a scientific synthesis of reality. The last circle of Dante’s “Inferno” has the geometric structure of a sphere in a four dimensional space (the so called “S3” sphere), anticipating the possible curvature of our three-dimensional space. And in “The Garden of Forking Paths,” Borges conceives a temporal labyrinth strikingly similar to that of the quantum “many worlds” proposed many years later by Henry Everett III.

It has been said that science and poetry serve contrary divinities: intelligence and emotions. Or, if one prefers, reality and fiction. But great poems are profound gazes on reality and great scientific advances redefine the limits of imagination, insinuating a blurry territory of intersection, a shared habitat for science and poetry. Someone against to such coexistence is, curiously, Samuel Taylor Coleridge, who, in his “Definitions of Poetry,” proposes that poetry is “opposed to science” since the purpose of science is “to acquire the truth” while that of poetry is to “communicate immediate pleasure.” And I say “curiously” because Coleridge himself speaks about the poetic faith as the “suspension of disbelief,” and precisely from that proverbial suspension in which fiction is accepted as reality, these conceptual structures of modern physics germinated: the “florentine curvatures” of space-time, the relativity of time, and wormholes. Richard Feynman, a physicist as eccentric as he is a deep thinker, belongs to the opposite view. To him, science teaches us that the imagination of Nature overcomes that of man and, in his essay “The Value of Science” complains that poets do not try to portray the present view of the Universe, and calls them to sing the value of science. From that place, and in response to that calling, emerge the poems of Cosmological Me.

Already in “nueva trova (a non-manifesto)”, in the first meander of the labyrinth, I find eloquence of the intersection, when Luis Correa-Díaz tells us about the “mathematical troubadours”, and that “E=mc² was nothing more than m=E/c² / before it grew into the beauty it is now.” The troubadour is maybe Henri Poincaré, who, in 1900, five years before Einstein, wrote “we could imagine the electromagnetic energy as a fictitious fluid (fluide fictif)” with a mass and energy such that m=E/c². In a twist a la Coleridge, Einstein accepted that fiction as something real in 1905, and proposed the real equivalence between mass and energy and, in fact, he still writes (before its current beauty) m=E/c², with a prior spelling m=L/c². Later, in “en un lugar,” the “centerless periphery of an elegant and/or extravagant universe” alludes to the Dantesque S3 to which, somewhat differently, Borges cites in “Pascal’s Sphere;” the Universe as “an infinite  sphere, the center of which is everywhere, the circumference nowhere.” In “lunar credo”, the tidal force of the Earth on the Moon, whose effect is an oscillation that slows down the lunar rotation and makes her always show us the same face, is metaphorized in a true finding of poetic precision as “the result of her internal palpitations.” And then, explicit in “phycisist’s office” and implicit in “en un lugar” (“we will die, quijanescally, in a place whose name God would rather not remember”) the Universe as an extravagant dream of God satisfies Feynman’s thesis that Nature’s imagination is richer than the human. In Cosmological Me the words of science play like pieces of a kaleidoscope, constantly pairing to and decoupling from their meaning (if indeed they do have one) like molecules from a verbal protoplasm that combines love with “self-reproducing robots” and loneliness with M-theory.

If poetry fuses, as stated by Octavio Paz, feelings and thoughts, Cosmological Me is a microscopic peeking at the melted solid where feelings and thoughts preserve their atomism, but redefine their locations and alter their symmetries in the constant code-switching of a verbal chemistry that remains notationless.

I arrived at the last poem of the book (“the end of cosmology”) with a sense of having explored a new fault in the geology of language. The poem brought me back to Poe’s “Eureka,” and to the intrinsic limits in our understanding of the world: as the Universe expands, more and more galaxies are beyond the limits of our vision, and “the universe”, elegiacally repeats Correa-Díaz –also a reader of Scientific American– “destroys the records of its past.” I received the invitation to listen again to Pink Floyd’s “Learning to Fly,” where the end of cosmology seemed to be “a ribbon of black stretched to the point of no turning back”, and for the moment I quietly remain “con la oreja parada a la espera / de un verso nunca oído.”

Alberto G. Rojo is a professor at the Department of Physics of Oakland University. 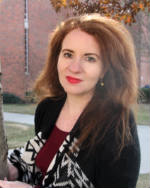 Claudia Cavallín is a writer and university professor. Author of the books Ciudades de película: Ficciones urbanas del cine, la literatura y la música (Editorial Académica Española, 2012) and Espectros de la palabra. La metáfora en Borges: los juegos del lenguaje que hacen posible la configuración de un universo de imágenes recursivas (Editorial Académica Española, 2012). Between 2012 and 2015, she was director of the academic journal Estudios. Revista de Investigaciones Literarias y Culturales. She has written essays on Jorge Luis Borges, José Revueltas, and Luisa Valenzuela, among other writers. She holds a degree in Social Communication with a focus on Humanistic Development (1996) and a Magister Scientiae in the area of Latin American and Caribbean Literature (2000). She is a professor in the Department of Languages and Literatures of the Universidad Simón Bolívar in Caracas, Venezuela. She is currently working toward her doctorate in the Department of Modern Languages, Literatures, and Linguistics of the University of Oklahoma.

by Camila Sosa Villada
The night air in the Park is dense, dark, and freezing. The ancient trees, recently stripped of their leaves, look askance to the heavens, pleading for some obscure boon essential…

The Tourist in His Own Land: Juan Villoro before the Chronicle

In Safari accidental [Accidental safari] (2005), Juan Villoro memorably identifies the chronicle as the “duckbill platypus of prose.” This animal was first inspected by a Western scientist in England in…