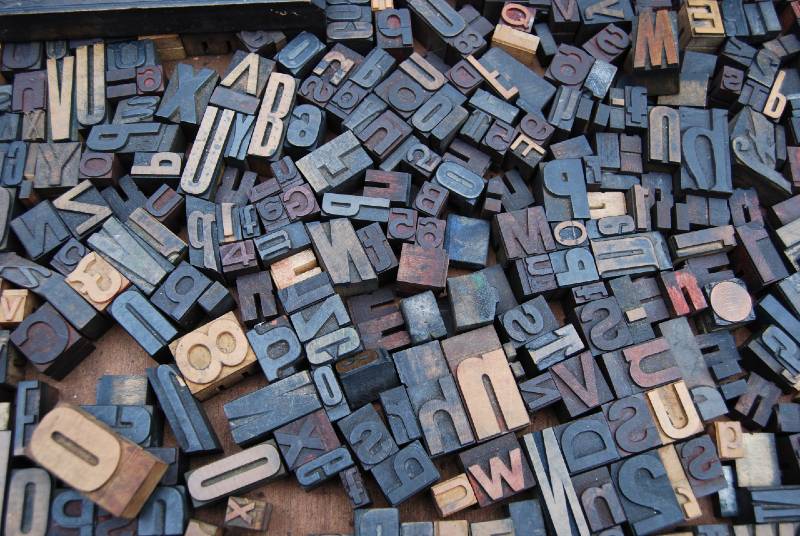 In Translation: A Teaching Magazine

The fact that Latin American Literature Today publishes entirely bilingual issues (and often trilingual too!) is perhaps the magazine’s most ambitious trait. Our Editor-in-Chief Marcelo Rioseco is to thank for his vision that has allowed the magazine to grow almost as three magazines in one. I’ve heard from friends in Latin America who read every issue entirely in Spanish, while in the US our texts circulate mostly in English and, in many cases, the magazine is read in-between languages, jumping from one to the other, in translation. A little green button on the upper right corner of the magazine switches the website’s language from English into Spanish and vice versa, as if by magic. But of course, it is far from it.

In the last five years, we have been honored to work with an ever-growing team of translators from all around the world who assist us translating interviews, articles, book reviews, and more. Some of the most renowned translators of contemporary Latin American literature have collaborated with us, not only translating but also discussing the craft of translation in interviews and essays. Our readers have come to recognize their names—not a minor detail considering literary translators’ still pervasive invisibilization—and through their work have gained access to the cultural production of a whole continent. Other translators whose work we publish are still in the process of creating a name for themselves in the industry, and we are so proud to be able to help them. While Latin America and Europe have a longstanding tradition of translation in academia, there are only a handful of translation training programs in the United States. In this sense, Latin American Literature Today acts as a teaching magazine of sorts, where educators can find a wide array of materials to introduce translation literacy into their language, literature, and culture courses, and where students can learn to translate by translating. For our fifth anniversary, I would like to give a huge shoutout and thank you to our student translators who collaborate with us in every issue. This, of course, doesn’t happen by magic either.

Two of our team members have been instrumental in establishing this productive relationship with students from the very beginning. Our Managing Editor Arthur Dixon, in fact, was one of the journal’s co-founders with colleagues from the University of Oklahoma as an undergraduate: “LALT offered me the extraordinary opportunity to learn my craft by translating the work of not one but many admirable writers—writers with whom I never would have collaborated if not for the journal.” Since joining the magazine, he has become our Lead Translator, published various books in translation, and currently works as a community interpreter: “where one translation ends another begins.” George Henson, who needs no introduction as a literary translator of contemporary Latin American literature, was LALT’s first Translation Editor. After leaving the University of Oklahoma to teach translation at the Middlebury Institute in Monterey, he has tirelessly worked with his students, who are on their way to becoming professional translators. For George, working alongside his students doing translations for the magazine was a “no-brainer”: “Not only do they gain real-world translation experience, they receive the added benefit of seeing their translations in print.”

Michelle Mirabella, one of George’s students, has referred to LALT as a punto de encuentro, a gathering place, for authors, translators, and readers throughout the Americas: “As an emerging literary translator from the Spanish, LALT has not only welcomed a number of my translations for publication but also served as an incredible resource for me as I continue to develop my craft.” For Alex Halatsis, as for many students, translating a literary piece for a magazine seemed like a far-off goal. However, LALT’s sustained collaboration with the Middlebury Institute of International Studies afforded him the possibility of translating a book review for the magazine in his first semester, supervised by Prof. Henson. Next, he translated another book review, which led to an author contacting him to discuss the possibility of translating his debut novel. The book is currently seeking a publisher, and we were glad to support this collaboration by publishing an excerpt of the translation, along with Alex’s translator’s note, in our previous issue. “This experience has taught me how publishing your first pieces can open the door to what comes next,” said Alex.

At Latin American Literature Today, we live for those connections between authors, readers, and translators facilitated by the magazine. And luckily, we’re not short on examples! Yanna Glaspy, a junior at Lake Forest College where I teach, took my Literary Translation Workshop last Spring. In this course, we worked collaboratively on the translation of Argentine poet Gabriela Clara Pignataro, whose poems were published in translation in our issue 18. Since meeting the author at our recorded bilingual reading, Yanna has continued her working relationship with her and are now both embarking on the translation of Tundra, the full collection. Yanna is also an education major and is very conscious of the productive combination between reading and writing that translation can offer in the space of the classroom. She has said that “as a future teacher, translation is perfect because it introduces me to new authors whose writing I can potentially incorporate in classes!”

Katie Brown, who teaches at the University of Exeter, has indeed been using the magazine as a teaching resource: “I recommend to my students at every level, from first-year to MA, that they read the articles and stories in both Spanish and English in LALT to learn how translators approach a wide variety of translation challenges.” For her students who are likewise aspiring translators, being able to publish in the magazine has given them a vital opportunity to develop their professional portfolios. Libby Jones, one of Katie’s students who published with us shortly after graduating said: “It’s a fantastic opportunity to put the skills we learn into practice and be recognised for our work. It’s lovely to have a place that supports that.” Katie Brown is also a member of the translators collective Colaboratorio Ávila, whose members include Raquel Rivas Rojas, María Gracia Pardo, and Claudia Cavallin. Our former Media Coordinator, and collaborator since day one, Claudia also started her translation career at the magazine. For her, the exercise of translation has become an important one at a personal level, following a severe illness: “For reasons related to my health, I lost part of the temporal lobe of my brain, linked precisely to language. Translating has since been one of the most valuable ways to preserve the ability to think and write.” Modeling an approach to group translation, Colaboratorio Ávila is not only a group of translators who share the pleasure of transferring writing from one language to another but “a collaborative world where our experiences as Venezuelans by birth (or at heart like Katie) unite us in each selection of words and messages we want to convey, as a bridge between writers and readers,” said Claudia, who is currently a lecturer at Oklahoma State University.

Olivia Lott, a PhD student at Washington University in St. Louis, has also found her collaboration with LALT fruitful for her scholarship. For our issue 16, she had the opportunity to publish a short piece on the Mexico City-based “little magazine” El Corno Emplumado / The Plumed Horn. The essay is a public-facing excerpt from a chapter of her doctoral dissertation, and the platform provided a space to present the ideas of her research to a broader readership. Two happy connections came from this work: the text allowed her to share her in-progress ideas with Margaret Randall, the co-founder of El Corno Emplumado, who now plans to include the essay in the Open Door Archive (which houses El Corno Emplumado’s electronic archives), and, because of our bilingual format, Olivia experienced seeing herself in translation. She said: “As a literary translator myself, and as someone who has written scholarly work in both English and Spanish, it was a pleasure to have my work translated for the first time. I am appreciative of Caro Friszman’s excellent rendering of the essay into Spanish and I so enjoyed the experience of having another writer extend my words into a new language.”

In the short five years that Latin American Literature Today has been around, we have been lucky to work and collaborate with so many wonderful student translators. They make the magazine: a space for translation, in and on translation. I share Arthur Dixon’s sentiment when he says that “It warms my heart to know LALT is now an international reference point for Latin American literature in translation, and a forum where translators from around the world can share their work. I could not have asked for a better way to grow as a translator, and I am happy and proud to watch LALT help other young translators make strides in their careers.” It has been my absolute privilege to be a part of this team, from publishing an interview with a translator in LALT’s very first issue to becoming the magazine’s Translation Editor in 2019. Here’s to many more years of translations! 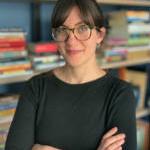 Denise Kripper is Assistant Professor in the Modern Languages & Literatures Department at Lake Forest College. Her research interests include Latin American Literature and Translation Studies. She has a PhD in Literature & Cultural Studies from Georgetown University and a BA in Translation from the Lenguas Vivas Institute in Buenos Aires, Argentina. She has worked extensively as an interpreter and audiovisual translator. Her literary translations and academic work on translation has been featured in World Literature Today, Asymptote, Farlag, Mutatis Mutandis and Trans: Revista de Traductología, among others. She is currently working on a monograph on the fictional representation of translators in recent literature in Spanish. She lives in Chicago, where she’s a member of the Third Coast Translators Collective.

A Room, a House, a City of One’s Own: Four Women Prose Writers from Latin America

“Ah, what a great man that woman was!” said a senile Flaubert to an eminent French short-story writer after reading a passage of a letter written to him by George…

Symphonies of Literary Violence: A Conversation with Pedro Novoa

Pedro Novoa (Lima, 1974) is the author of four novels, three collections of short stories and various other works. His latest novel La sinfonia de destrucción (2017) was published by…

I must set this story free on the four winds, this artifice that led my life to bloom, for it is my muse and point of origin from which…