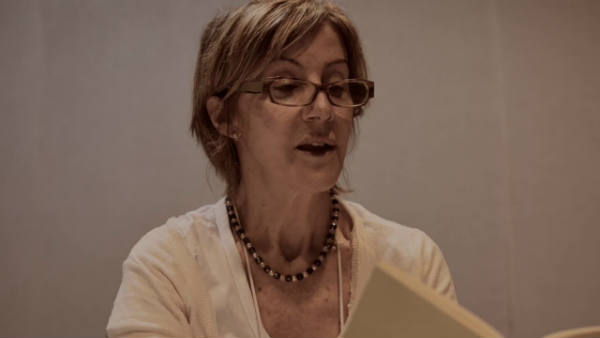 A House Devastated After a Hurricane: The Antimodern Writing of María Negroni

A house devastated after a hurricane: the structures still stand, no one can say for sure whether the house will collapse, but at least for the moment we can be confident that it will not be so. Broken glass, smashed furniture all over the place. Clothes scattered as if after a brawl between madmen. The roof falling to pieces, the masonry revealing that the previous month’s repairs were not lasting. No one would want to live here: there’s no electricity, no water, no gas. It’s an absolute ruin. But it’s your house. Your house, no one else’s. And there’s no way to go anywhere else. Years and years spent building, years and years repairing, upholstering, buying furniture and utensils that were like your own. Among the ruins you find, all of a sudden, a beloved object: an old photograph or a watch that was your grandfather’s. Or, perhaps, a glass that survived intact and that now, under the open sky, is a luxury to celebrate, to lift spirits. From one side of the house to the other, scraps of beautifully framed pictures are the reminder of a time that was meant to be better. But today, these same scraps, more than exposing the status of an imaginary past, are in the present a warm shelter from that same open sky that returns again and again to look you in the face. And this look meets our eyes, tenacious. This is how we read literature, perhaps all literature. And this is how, more than likely, the writing of María Negroni looks upon us when her house—our house—falls to pieces, but we know that we must live in it regardless because we have built it, year after year, so as to challenge the elements.

A Chilean literary critic probably forgotten today, Ricardo Latchman, wrote studies in the mid-twentieth century to examine the influence of Balzac and Zola on Spanish American narrative. The fact that these studies still tell us something is a subject I’ll leave on the table, but the fact that they show us a common passion for our letters is tangible: that longing to make of literature a pristine complement to social conflict, almost as a dialectical proposal, and one that implies addressing or understanding literature as a sort of antithesis, necessary in its aesthetic aspect, but also a preliminary step for a perhaps greater synthesis of the same emancipatory discourses of the political and the social that would be demanded in future socio-historical phases, hoisting their flags of liberation. But always, before such consensuses, there have existed those writers and poets among us who, with no disdain for such a cultural challenge, effect a diagonal journey for the sake of taking a place in the rearguard of a modernity that has not always been happy, much less pleasant, for us. I believe Negroni’s gesture of “strangeness” goes in this direction: as a reader, I find myself seduced by the sinister beauties it evokes, by the dark references it attracts, by the games of seductive imagination it proposes. Finally, in the entrance hall of an unhinged modernity, a writer like Negroni occupies that position among us that was so well described by Antoine Compagnon: “antimodern.” Could that be possible? Or is this a mere provocation in an age so keen to detect, denounce, and discredit the emergence of any discourse that it deems suspicious that it does not conform to the myth of progress and morality circumscribed within it? In a historical moment like our own, which has borne witness to the questioning of the achievements of this long period of imaginative self-complacency, like the liberal century after the end of the Second World War, a literature like Negroni’s, once the Victorian resentments of censorial puritanism have fallen, grows rampantly in the idea of its own game of forms, in its own crossroads between pleasure, fantasy, and darkness. This type of narrative, this type of essay, this type of poetry, disconnected from the suffocating morality of the “ought to be,” is what, in our modest opinion, has made Negroni so seductive: a journey through the dark side of existence that possesses its own quota of criticism, whether cultural or political, and that is not insignificant in its aesthetic appearances of phantasmagoric intensity. Negroni’s literature has undertaken a journey that is not inoffensive, in spite of the desire to identify it with the eccentric, the marginal, or the erudition of the gothic or neo-romantic imagination. Because Negroni, unlike others, does not read in Benjamin the philosopher of history who invokes the angel to open for him an interstice for the promised Messiah under the cloak of the social vindication of whatever may be. No, Negroni is more fascinated with the philosopher who admires dolls and trinkets, and who wanders hand-in-hand with Baudelaire through the nooks and crannies of the big city. The same as Walser, the same as Chandler, the same as Hawthorne, the same as Pizarnik: figures, wakes, instants, images that are in no way conventional in which madness, tedium, suffocation, and alienation take on their proper place with the eyes of a misty rain outside a local cinema, as we hear about in those noir stories that thrill us so. In this act, there is no economy. There is symbolic waste, without capitalization: pure excess without mediation, catastrophe, and pure obliquity.

The house has not yet fallen even though the storm has not let up. Among its ruins, we take shelter, but not feeling foreign, evidently, to the elements—as always—without the anguish of not knowing where we are. In the meantime, while we know no help will come, we pick up the debris and read. We can’t stop reading. 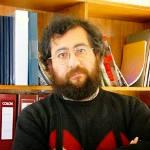 Memory holds hope / And hope, the wish to drift through woods / Below branches and the undersea light of autumn / This is how I returned to myself after…

Far too high: the sky / suspiciously white. / The day resists itself, the light flees, withdraws, / concealing what it finds. Everything looks / for its pretext in the…

“The Mother is the Homeland and One Has the Right to Die in Her”: An Interview with Karina Sainz Borgo

From a journalistic point of view, Venezuela is, on a daily basis, news that move with the speed of current times, where one lead is immediately substituted by another that…