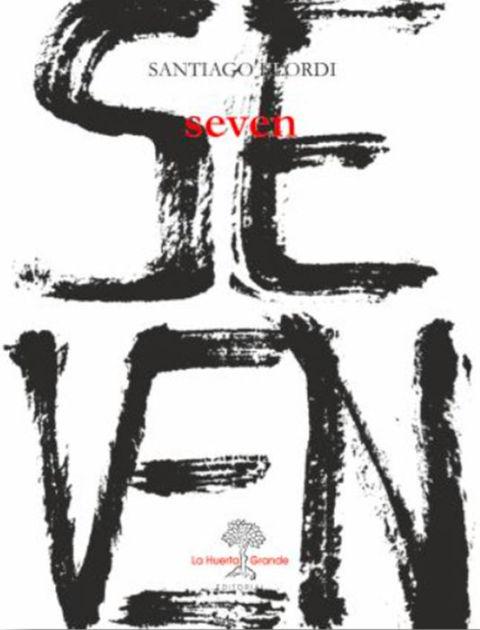 This is a love story between an old manipulator and a beautiful, visionary artist. An unclassifiable ballad, it is both a parody of the dark novel and a familiar saga. A sarcastic and pointed testament to our world, it is indeterminate, tragic, and hilarious, with humanity appearing where it is least expected, be it in money’s shadow or in environments that seem to be without owners and space. It loudly denounces orphanhood through humor, but with a tenderness seldom achieved through language. Told with an unusual rhetorical economy, this enchanting story is a marvelous discovery from its Chilean author. 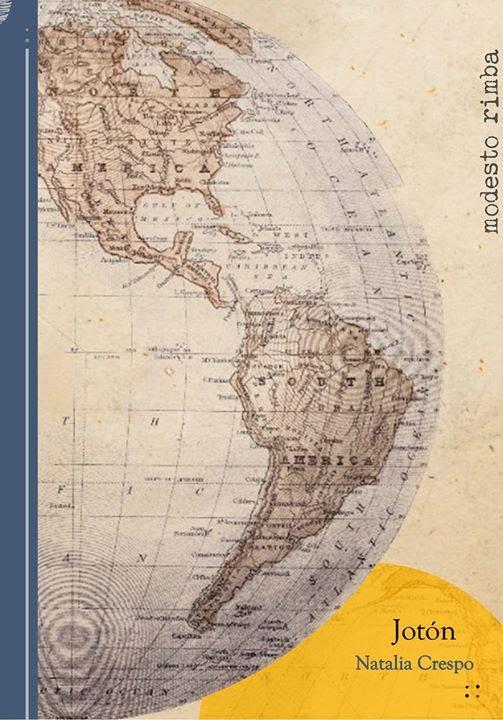 Natalia Crespo’s Jotón is found among those pieces that form a long tradition of exile literature; in it, the Argentine crisis of 2001 prompts the protagonists, Marisa and Eduardo, to leave for the United States with their months-old daughter. A flexible third person narrator allows for the precise and impious advance of information. Nevertheless, it also offers an intimate perspective that quickly becomes dear to us. Alongside Marisa, we suffer misfortune after misfortune, though constantly accompanied by humor. The other great protagonist of this novel is language. The nostalgia and anguish of the jotonesa adventure come to life in the writing. 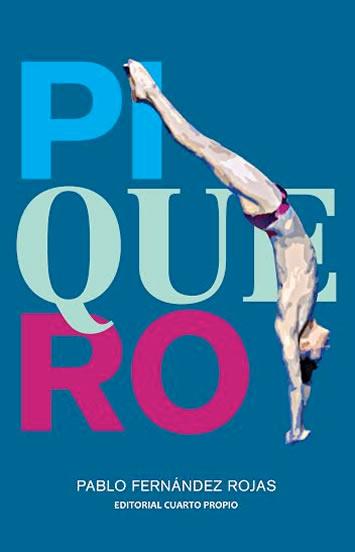 With fragmentary narration, as though his book were a long poem, Pablo Fernández takes charge of the dark room of desire in the head of a common man who drags his own personal emptiness along with him. It may be taken as a short novel, a long story, or the sort of virtual fiction that gives the signals necessary to reconstruct a scene, a detail of the online culture in which we live. 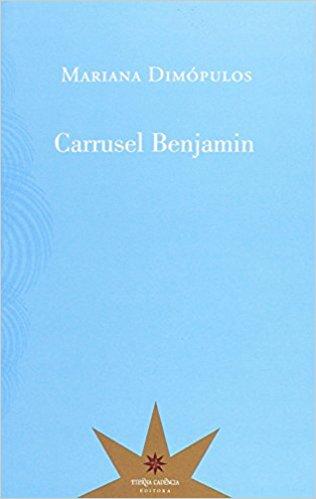 A surprising and illuminating book that enters deeply into the slow reasoning developed by Benjamin, this becomes an indispensable text. Dimópulos avoids chronology and instead progressively constructs a triangular argument: “Because to know about art is to know about history, and to know about history is to know about the present,” she says. She analyzes this triangle and the various forms adopted in Benjamin’s work. Neither historical philosophy nor a critical theory of art, nor a rehabilitation of theological mysticism, but rather a successive restructuring of concepts that advance in layers. 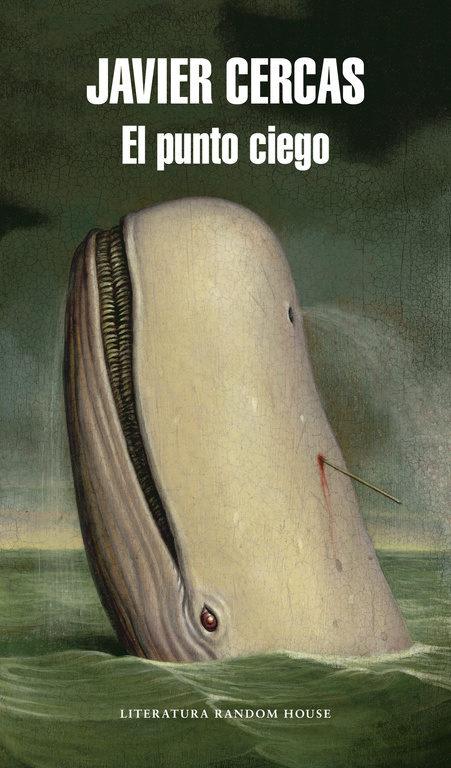 In 2015, Javier Cercas was the Weidenfeld Chair of Comparative European Literature at Oxford University. Based on the conferences held there, he wrote a book that possesses the structural coherence and stylistic will of a novel. In this book, he carries out a three-pronged operation. First, he forms a highly original theory of the novel, taken from his own experience as a writer and from re-readings of several fundamental works, from the Quixote onward. Secondly, he defines and vindicates certain aspects of the twenty-first century novel that are among those timeless elements of the best novels of all time: its irony and essential level of ambiguity, its non-negotiable duty of innovation, its joyously omnivorous nature, and its intricate relationships between fiction and reality. Finally, he reflects upon the current meaning of the novel and the uncertain and underappreciated intellectual figure of the novelist. 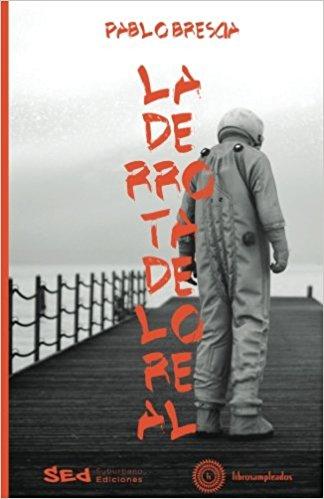 La derrota de lo real is a powerful literary antidote to restore sanity. From the deserts where only the cemeteries grow to the pathways showered with tears by the professional mourners of Nepal, these stories are constructed from nothing, giving shape to worlds where emotions, cruelty, passion, and irony appear naked, disjointed, and transformed into accessories that, like Mr. White’s Detachable Penis™, can be resold in a flea market. 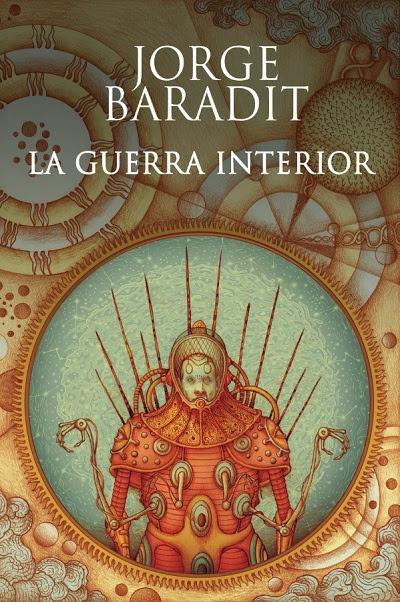 Imagine disappearing cities, an apocalypse in the making, a disintegrating society, political systems submitting to failure, artificial intelligence out of control, human beings that are reborn, and fractures in the Earth that hide ancient secrets. Jorge Baradit, in every one of the stories that comprise La guerra interior, creates a unique world in which we do not know the past from the present nor the future because the timeline has been lost in an infernal dystopia. 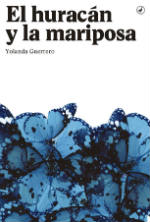 El huracán y la mariposa is the story of a shipwreck, that of three women united by tragedy and separated by pain, rejection, neglect and the ashes of guilt. After a revealing journey, Sofia Baena, an independent and idealistic woman, decides to undertake the search for her daughter: she adopts a seven-year-old girl with the face of an angel and deep, black eyes. Nevertheless, like Persephone, Marina was kidnapped by Hades and has hell tattooed upon her heart. A dark past burns her with perpetual fire and quickly causes her to develop a sickly aversion toward her adoptive mother that culminates in ever more virulent attacks. 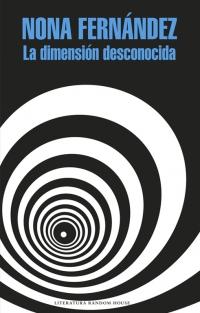 In the middle of the Chilean dictatorship, an anguished man arrives at the office of an opposition magazine. He is an agent of the secret police. He indicates that he wants to talk, so a journalist turns on his recorder and listens to the testimony that will open the doors of a dimension hitherto unknown. Following the thread of this realistic scene, Nona Fernández activates the mechanisms of the imagination to access those corners which no memory or file has been able to reach. Confronting her own experience with the stories of the man who used to torture others, the narrator enters into the lives of the protagonists of that ominous testimony: that of a father detained in a bus while he takes his children to school and that of a boy who changes his name and his life, becoming a witness to a massacre, among others. 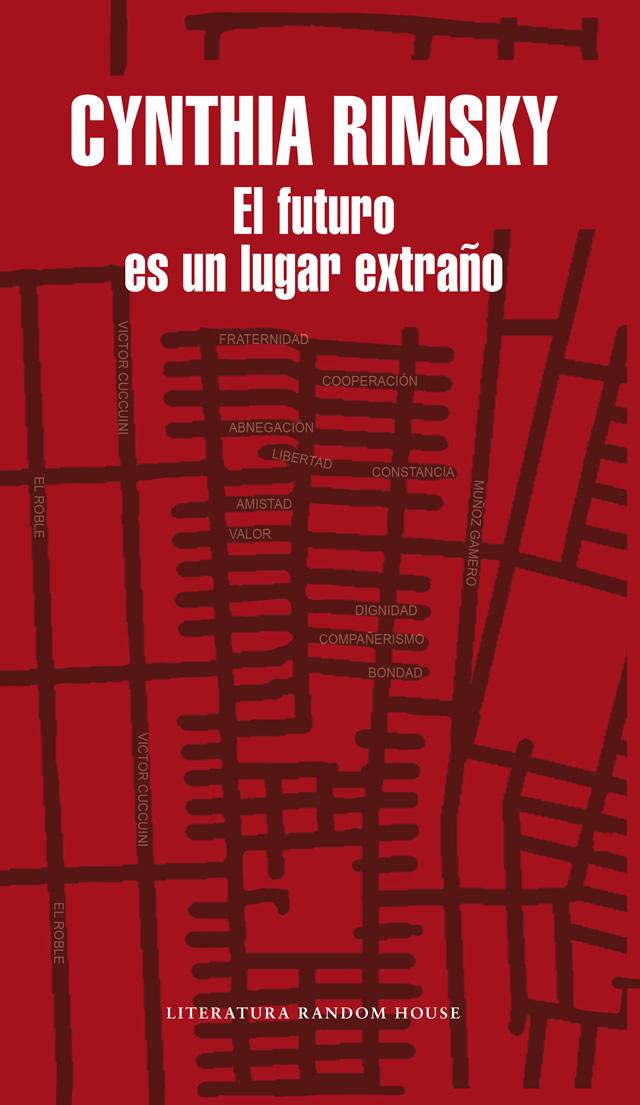 La Caldini is accused by her husband of abandoning the home. During the trial, she becomes involved with an attorney and a former political prisoner who takes her back to her youth, to the El Salto neighborhood and a struggle against a dictatorship that seems so distant that her former self seems like a wholly different person. Charged with dark humor and carnivalesque characters and episodes, El futuro es un lugar extraño proposes a return to the Chile of the eighties that does not smell like a souvenir. The delicate setting of the narrative scene permits the author to tell of her broken and ghostly experience as a woman frozen between her youthful political dreams and a suffocating reality. 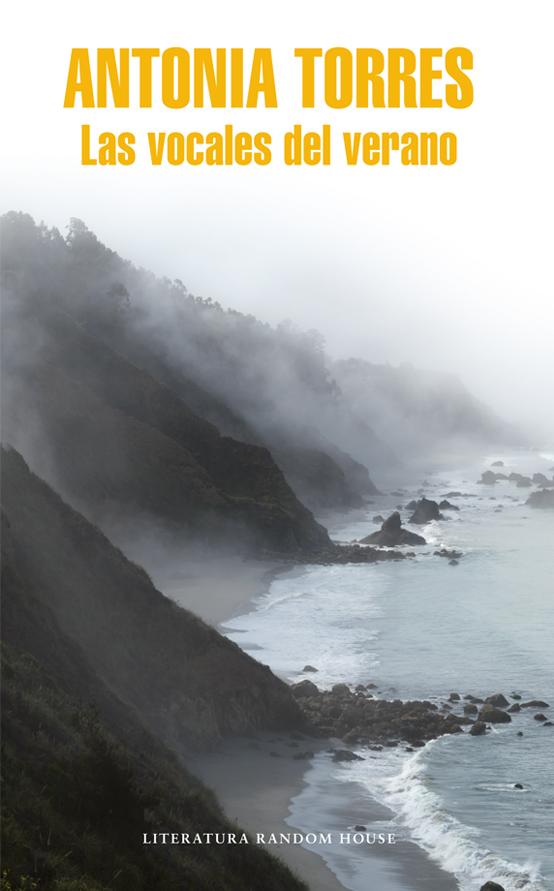 A woman decides to rest for a season in order to meditate about her life and to write a text about which we know nothing. This is why she goes, in the middle of winter, to an old family house on a sureña beach where she spent the summer as a girl. Given to idleness and contemplation of the sea, she thinks about loved ones and the dead, especially about her father and the uncertainty of history. One morning, she walks along the ghostly coast searching for firewood and she meets an unusual man who takes her back to her early years while the fog and the countryside connect with the most remote past: the indigenous prehistory of Southern Chile and the timeless geology of those imposing territories. 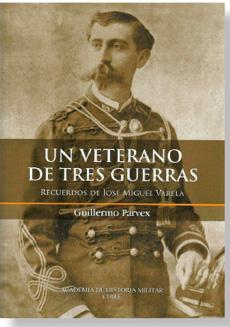 In amenable and colloquial language, the lawyer and army officer José Miguel Varela tells us of his experiences in the Guerra del Pacífico, the Campañas de la Araucanía and the Civil War of 1891. This work delivers a combination of impressive descriptions of bloody combat with stories that also show that war leaves spaces for acts of great nobility and humanity. All of this is interspersed with detailed historical facts that permit readers to better comprehend the time and place in which the described events transpired. This biography, adapted from old notes published more than seventy years after the death of its protagonist, also provides a personal vision of the transformations that Chile experienced beginning in 1879. In social and political processes, Varela shows us both the grandest and the lowliest aspects of human nature, of confrontation and reconciliation, of ingratitude and recognition. In short, he presents a synthesis of the Chile that has – in war and peace – been so costly to build. 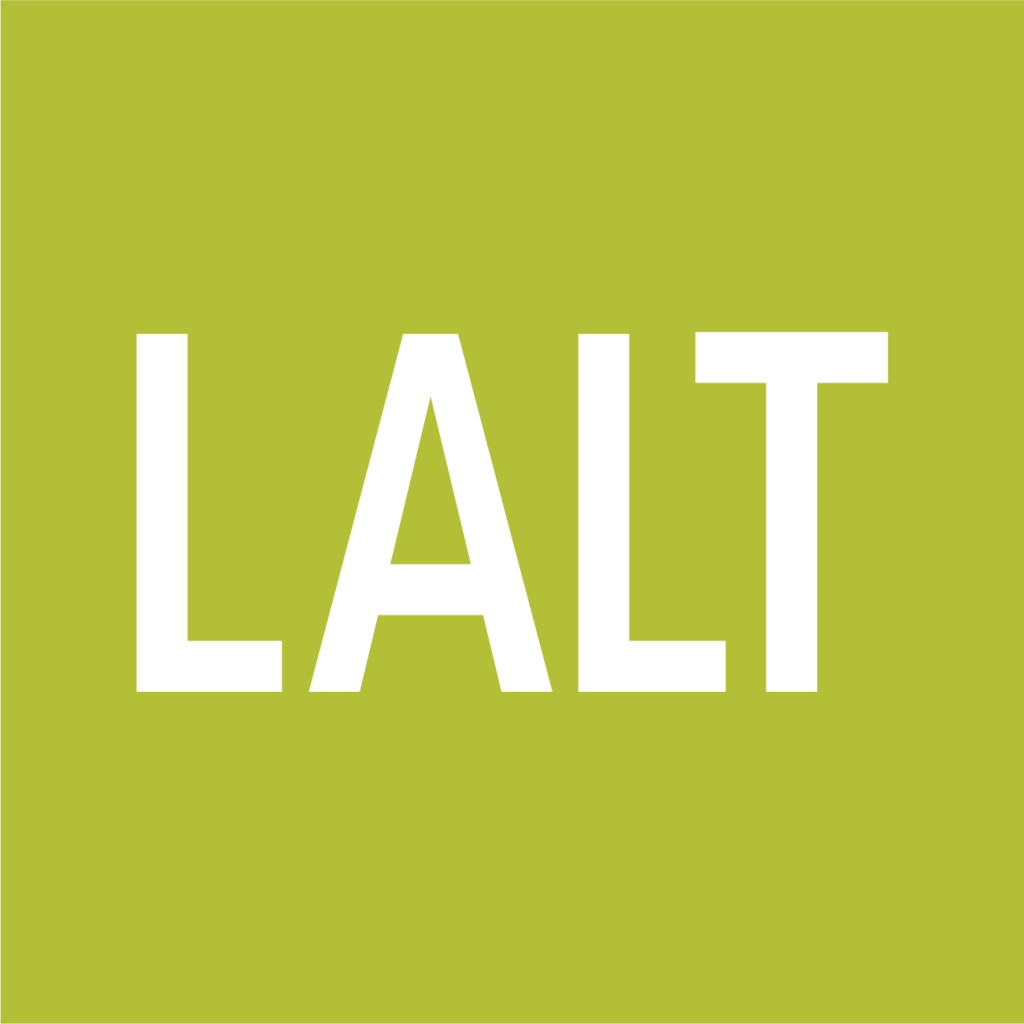 We’ve been through that phase when the body
begins to remember:

The morning got off on the wrong foot. Or at least that’s how the orderly mind of Doctor Dusseldorff thought of it later on when she left the University. The…

The Rigors of Necessity

Your Excellency Dom Austregésilo de Athayde, President of the Brazilian Academy of Letters, who has received us so warmly in this House, Distinguished Speakers who have preceded us at…