And as always happens,
an excess of judgment later brought disdain
Luis Cernuda

In meticulous order and disposition, and at a certain distance, each flower must die face down. Animal fat must rob the petals of all essence, must absorb everything that can possibly be absorbed. Enfleurage, the ancient technique that appropriates fragrances and obtains essential oils, offers the first chance to lock within a vial the fragrant life of a flower, the life of the flower itself, its very soul. The flower must be sacrificed. It must die: the important thing is the enchantment of the thing and not the thing itself. For that reason, the Andalusian poet wants to be a perfumer, wants to be Parisian.

Juan Ramón Jiménez elicits contradictory reactions, presages opposing symptoms among them and rarely manages a consensus of tastes and preferences. Some sectarian opinions might hold that his Nobel win denied him the healthy semi-anonymity every poet tends to have. They might also say that this overexposure relegated him to the permanent ceremony of Aguilar editions, or to the blue hardcovers with golden signatures of Ediciones Orbes. It would not be meaningless to invoke some statistics: how many Spanish-language poets are unconditionally indebted to his work? In other words, how many young Spaniards, Guatemalans, Peruvians, Equatorial Guineans, Venezuelans, and Argentines are attracted by some fixed text, so distinguished that we’d see it in fluorescent yellow ink with every passing page? I summarize this pair of questions in a single, more direct and “affective” question: What is his validity – his presence fervent, of course – on our privileged shelves?

We have seen him on tablecloths, next to old editions, juridical texts and outdated readers, almost forgotten on certain streets, streets very close to metro stations, in improvised, modest bookstores. We have seen countless editions of Platero y yo [Platero and I] (with little donkeys on the cover, colorful or sketched in white outline), many of his Antolojías [Anthologies] – spelled with j or with g –, mixed selections of verse and prose and volumes of biographical profiles dedicated to contemporary writers (Españoles de tres mundos, [Spaniards of Three Worlds] above all). Not to forget, in this brief inventory, his inclusion in the commemorative edition for the 50th anniversary of the Nobel Prize. This could be all the Juan Ramón we have known (that I, in particular, have known). However, the first things I own are verses of a book bought more than ten years ago; verses, indeed, in italics in a poem from Andamios, my first book: “We are no more than a weak sack of blood and bones.” I also recall a phrase of his that obsessively followed me everywhere: an almost perfect, conciliatory definition in only two words: poetry – poetic creation – is a “cultivated instinct.” Thus begins Juan Ramón. Thus begins that interest which emerges and then stops for months, until some reference – arrived at by alternate means – situates him anew in the sincere interest of rereading. In such cases, the previously known joins the recently read. It doesn’t matter if the subject is a hypothetical date or the morbid past quarrels between Spanish and Latin American pairs, like the classic disputes with Luis Cernuda (“Love, given the affective sterility of Jiménez, must occur for him as mere literature”), with Pablo Neruda (“Juan Ramón Jiménez, poet of great splendor, was responsible for introducing me to that legendary Spanish envy”) and in the short allusions of Octavio Paz – the Octavio Paz of In/mediaciones –, who remembers him in an essay on Jorge Guillén. Even Gómez de la Serna himself, in a gathering at Café Pombo, portrays him with deliberate irony (“Little Mr. Andaluz, contemptuous, super-duper flat, maniacal”). The poet from Moguer can be classified as tireless searcher of pure representations, polisher of quintessential pieces, and creator of ethereal jewels incorruptible to the touch or the lecherous gaze. Nevertheless, the cloudscape of his poetics follows a line that chases us without caring about these old conflicts.

Without resolving to do so, Gabriela Mistral and Juan Ramón granted Paul Valéry and Lucian Blaga notoriety without overexposing them. And isn’t Paul Valéry an excessively well known poet? Indeed: the Frenchman’s body of work is cited exhaustively. Who hasn’t memorized the first verses of The Graveyard by the Sea, in Guillén’s or de Sologuren’s Spanish translation, or ambled through his boundless Teoria poética y estética [Poetic and Aesthetic Theory]? Nonetheless, the notoriety of Valéry is of a different stripe (justified repudiations notwithstanding). Let’s recapitulate: Mistral wins the Nobel in 1945 (Valéry dies that same year; his man “rang” powerfully with the universal and, of course, in the cubicles of the Swedish Academy). Lucian Blaga, the Romanian poet, was a candidate the same year that Juan Ramón received the Prize (in 1956). Four poets (Mistral, Juan Ramón, Valéry and Blaga) who had a particular outcome, each of them connected by that that double-sided position of receiving or being nominated for the Nobel. In this case, for better or worse, the Spanish language came out well situated (or besieged?).

It is in his prose where Juan Ramón Jiménez offers up his skill without hang ups. The poet is placid, frank: he offers the visual caresses of a seasoned voyeur. He proceeds with a syntax of brimming punctuation and ornamental lines in the hunt for a discourse that may delineate defects and virtues. In his brief portrayal of José Asunción Silva, for example, he relates a refined homoerotic description: “I like to imagine José Asunción Silva naked, holding his singular Nocturno II in his hand.” Later, offering an easily refuted judgment of bravery, he says: “Bécquer wasn’t affected, because he wasn’t a snob or a dandy; Silva was, for his light parody of Paris, even for the way he killed himself in the presence of others.” Nor are interwoven and very blurry descriptive episodes (“And Ortega expands the chest of his bisected armor by speaking, upstanding phraser of his persuasion”) in short supply.

From some annotations from 2008, written in the margins of page 153 (from one of the tomes published by RBA Coleccionables, 2001), I extract a reference to “Canción” [Song], from the book Piedra y cielo [Stone and Sky]: a summary in just a few verses. Maximum, signifying concision. He injects into a small element the great capacity to contain within itself an entire season. I copy the poem by Juan Ramón which motivated my old marginalia: “All autumn, pink / is that sole leaf, yours, / which falls. // My girl, all the pain / is that single drop, yours, / of blood.” Other annotations abound which I do not reproduce now out of theatrical fear, but I would like to cite other great underlined verses: “The dawn has/ that sadness of arrival,/ on a train, to a station that doesn’t belong to oneself.” There are other fragments (poor, certainly, for being so light), unnecessary breaks that I underlined back then with wavy lines: “I ran, crazy; I searched the whole day,/ like a dog without a master.”

Reading Juan Ramón implies opening a sheet of granite. It is a layer that has gained weight and closure. Practically a crypt. It is not known if a skeleton or a desired photograph will appear to the solitary touch. We must test the aptness of our reading muscles to confront these obstacles. First, it seems, we must strip him of those flowered crowns which prevent our seeing. Remove, then, the dense image of the prize-winning poet. Remove those endings (dispensable endings) which attempt to transcend by way of epithet: unique heart; sand dunes of gold; infinite, pure spring; present truth. It is difficult and even risky to formulate this exercise for a body of work that bases itself precisely in autobiographical omission: “I would like for my book / to be, like the sky at night,/ total present truth, without history.// That, like the sky, it give itself at every moment,/everything, with all the stars; with/ out childhood, youth, old age, removing/ nor adding enchantment to its immense beauty.” Only the appearance of Blanca Hernández Pinzón, his first youthful, small-town love, contradicts this uncompromising resolve.

There is a poem that invites rereading and that, with powerful efficacy, reaches us: the poem “Desvelo” [Sleeplessness]. The appropriate, adequate antithesis imposes itself with muscular sinew, particularly in these first four verses:

Night goes, black bull
– flesh filled with grief, terror, and mystery -;
that roared terribly, vastly,
at the sweating dread of the fallen;

In much of Juan Ramón’s writing, the lyric “I” exerts a power so broad that it rubs elbows with the dictatorial. Everything appears to turn on itself: it is a sun that has devoured its planets, a snail that grinds up its spirals and absorbs them. His poems move between light, alliterative exclamation (“How long it takes you to rise,/ sun of today, sun of today!”) and effective requests (“return/the current complete/ to the channel of its thinking”). If in Juan Ramón’s poems was a less evaporated “I” (less “egotistical subjectivity,” according to Cernuda), and more sweaty, reptilian, earthly Juan Ramón (as in a good deal of his prose), perhaps we could feel closer to him, in other words, more inclined to prolonged admiration, to a bewilderment that might make us feel vulnerable instead of indifferent. Juan Ramón built a fortress of privacy. There, he read alone. He loved alone. He thought of the unchanging versions of a single verse, thought of the kiss offered to a Zenobia from Catalonia and New York. It is the victory of emigrant individuality. In his poems, there could only be room for him. He was lover and beloved. Why didn’t he hear the Afro-Caribbean rhythms in his exile in San Juan and Havana? Why did he age so much? What did he do? What did he stop doing? What did he forget to give us? He preferred to use enfleurage to extract and obtain the enchantment of the thing and not the thing itself. He chose, like the murdering perfumer Jean-Baptiste Grenouille, the distilled fragrance of virgin bodies and not their caresses.

The aim of Juan Ramón’s rewriting would be none other than the desire to cancel itself and, in feigned perfection, erase the “impurities.” In the apparently impure is the salt, the seasoning, the well-aimed touch between bedsheets at night. Valéry knew to abandon his graveyard by the sea. And Juan Ramón? 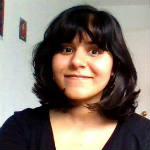 Natalia Reyes is a writer and translator from California. She translates from Spanish and is pursuing her MFA in fiction at the Iowa Writers’ Workshop.

The art of narration consists in endowing a story with the pleasant vertigo of a lucid carousal. Paradoxically, those aspiring to this aesthetic ideal have to drink in moderation, because…

“There is no better reader than a translator”: A Conversation with Mariana Torres

“There is always an explanation, of course, but when you’re writing you never think on that level of detail. It’s an experience of understanding, and it’s very enriching.”

Readings from the Diaspora: A Selection of Recent Venezuelan Poetry

Giving any name to this selection of Venezuelan poetry might generate a biased, if not reductionist, perspective of the writing of a few poets born in the eighties and…