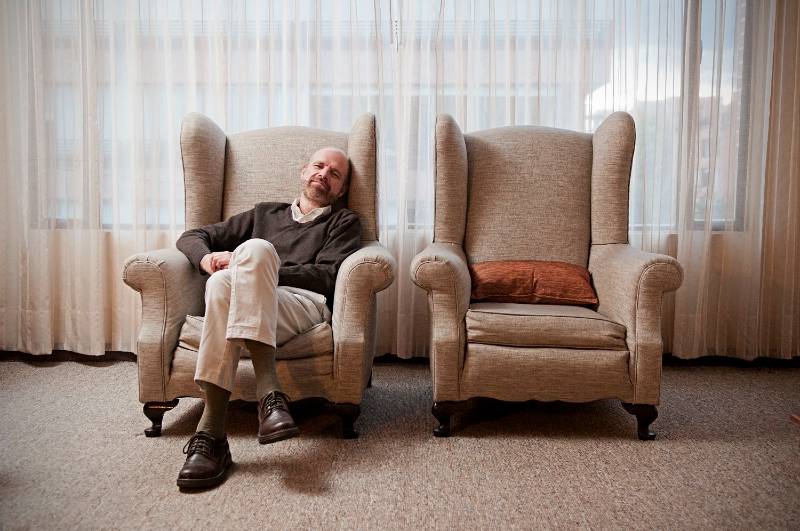 St. Matthew the Evangelist, Then and Now (A Playlet in Two Acts)

SON. Mommy, was the saint in that hole up there nearsighted?

MOTHER. First of all, honey, it’s not a “hole,” but a “niche,” and second, that’s not just any saint, but Matthew the Evangelist.

SON. Okay, but you didn’t answer my question. Was he nearsighted?

MOTHER. Why are you asking me that?

SON. Because he’s reading standing up and propping a book on his right knee. Anyway, it looks like he’s straining his eyes, as if he couldn’t read or it took a lot of effort for him.

DAUGHTER. Look at the pretty animals up there, daddy!

FATHER. What animals are you talking about, sweetheart?

DAUGHTER. The angel, the lion, the eagle, and the cow. Don’t you see them? They’re just above the door.

FATHER. (Feigning interest.) Yes, I can see them, dear.

DAUGHTER. Do you know why they have wings?

FATHER. Because they wouldn’t have been able to get so high without them.

DAUGHTER. But do you know why they’re up there?

DAUGHTER. So the angel is a little animal, too?

FATHER.  (Growing impatient.) Stop asking so many questions. How about I buy you an ice cream?

Peeping round the door I got a big surprise

In those days I wished to avert my eyes from the crucifix, but didn’t dare to, for I knew that as long as I looked upon the cross, I would remain safe and sound. I didn’t want to put my soul in peril, and that crucifix gave me strength to face the utter fear I felt before the demons. Then this bit of counsel came to mind: “Look to the skies, to your Father.” The first thing I did was throw open the door, but saw only the clear and empty blue. Someone better than I had taken my Father away. Where is He now? Maybe He is laughing at me, although laughter often entails understanding. Did He understand me? If I hadn’t been so silly and proud, I would be able to see Him now in all His majesty. Then I realized that, between the crucifix and the skies, no demon could harm me, and understood that He was the skies and His the voice that said to me: “Record the words you hear from the lips of Simon Peter and, should your forces waver, remember I will be there at your side, for I have chosen you from among all the faithful to be the Lion.”

The event takes place in an unreal mansion, very much in the Mannerist style: pointless doors, balustrades that cast no shadows, and marble columns that don’t support anything. No stain signals sin, no crack negligence. The Archangel Gabriel floats aloft to the left, as serious and sublime as a marionette. To the right, the Virgin stands in expectation. There is no trace of blessedness upon her face, her hands are not folded, and she is not reading a Bible in devotion.  Two elegant pillars take up the center of the canvas. These frame a portico within which other precisely equal porticos become progressively smaller. It’s a use of dark perspective, in which space recedes into space. We the viewers are on one side, the mystery of the Annunciation on the other.

1.  Because the Virgin brings her hand to her chest, as if asking whether she is the one whom the Archangel Gabriel seeks.

2.  Because her torso is slightly inclined to the left, in a direction opposite to that of the Archangel Gabriel’s flight.

3.  Because the look on her face holds out the possibility that the Archangel Gabriel has made a mistake.

Between 1604 and 1614, El Greco painted a group of portraits known as “The Apostle Series” for the Church of Almadrones in Guadalajara. These include a Christus Pantokrator along with the twelve disciples, among whom St. Luke mysteriously appears. El Greco depicts him as an older man with a long beard, looking engrossed, with a huge closed book under his right hand.  His clothing is typical, but not its colors: lime green for the tunic and, for his religious stole, an intense yellow that contrasts with the painting’s dark backdrop and highlights the saint’s thinness. I’ve already noted that St. Luke appears “engrossed.” An unsophisticated person might think he didn’t mind at all posing for the painter and that his humble nature placed him beyond any chance of being accurately depicted. Though that person would be correct, how did El Greco manage to capture an expression so little connected to this earthly realm? Gregorio Marañón, who knew about these things, wrote that it was possible the models for “The Apostle Series” were madmen the artist had brought to him from the El Nuncio asylum in Toledo.

During the Spanish Civil War, the Church of Almadrones suffered such serious damage that its paintings had to be removed and hidden in the basement of Fort San Francisco, where they remained until 1942. When the war was over, they were sold to various museums throughout the world.  “St. Luke” was bought in 1952 by George Henry Alexander Clowes and may be found today, along with “St. Simon” and “St. Matthew,” in the Indianapolis Museum of Art.

What John Thought About the Episode with Mary Magdalene

I didn’t know what to say, either, so was prudent and kept my mouth shut. We were eating supper in Lazarus’s house when the woman they call “Mary Magdalene” entered with a jar of perfume, anointed Ben Joseph’s feet, and dried them with her own hair. The perfume was made of pure spikenard and smelled of the angels, but the silence was so dense and uncomfortable, you could cut it with a knife.  Ben Joseph loved all of us equally, although His love for prostitutes seemed strange to me. He treated them with affection because they would repent of their sins before His very eyes and follow Him faithfully everywhere. Then Judas spoke. He told Jesus that we could have taken the three hundred denarii spent on the perfume and used that money to help the poor, who truly needed it. Ben Joseph looked straight into his eyes and replied: “Let her alone; she has kept this for the day of My burial. For the poor you have with you always, but Me you have not always.” Did Ben Joseph mean that He was going to die soon and that the only one who knew this was Mary Magdalene? I hesitate to think about the death of someone as pure and good as that man, but now I feel it near, painfully near. 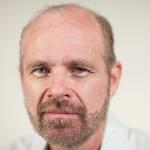 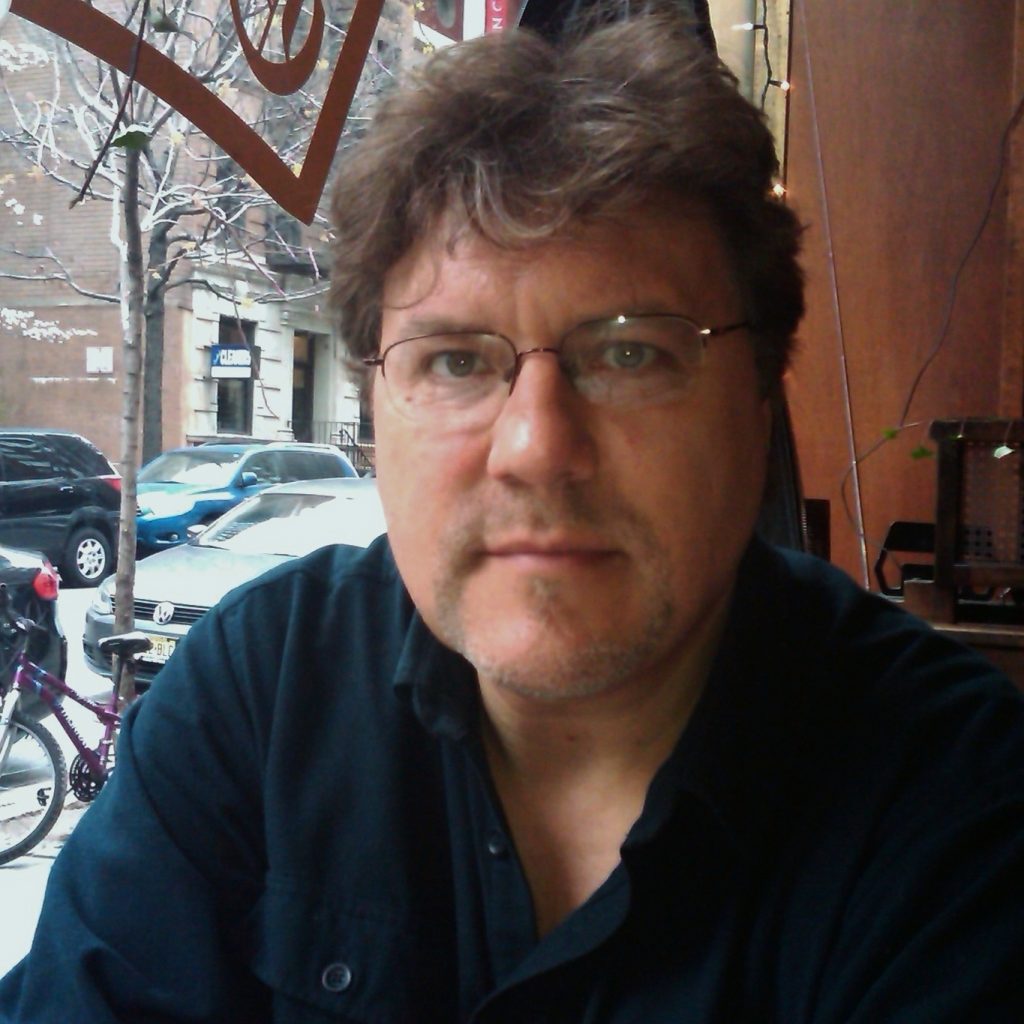 Accustomed to exercising military power, that afternoon Rachstad was strolling like a god in his cloudy gardens. He went along escorted by a group of anti-demographic agents that usually accompanied…

What She Understood: A Reading of Sergio Pitol’s “Mephisto’s Waltz”

A woman prepares to sleep in a train berth, draped in blue silk pajamas. She has taken a sleeping pill to travel as if floating on air. However, before the…