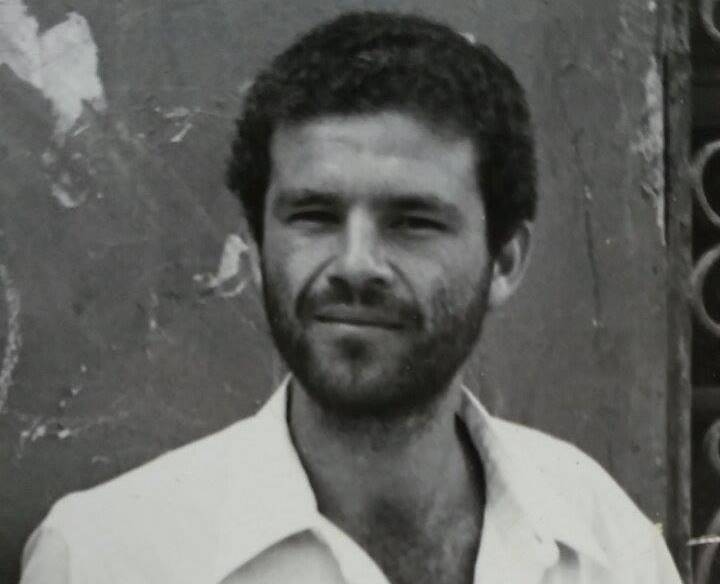 I met Eduardo Chirinos some twenty-five years ago when I was teaching translation as a part-time lecturer in Rutgers University’s Department of Spanish and Portuguese and he was completing his doctoral thesis on Latin American poetry there.  It’s hard to believe he was still a graduate student while composing the poems in El equilibrista de Bayard Street, the book José Miguel Oviedo believes marks the beginning of his “mature” phase, for by then Chirinos could boast some seven full-length poetry collections. (He would go on to publish twenty or so, including anthologies, along with critical essays, occasional pieces, translations, children’s books, and other works before his death in 2016.) The Bayard Street Tightrope Walker did not appear bilingually in its entirety until 2017, when the University of Montana Press put out a twentieth-anniversary commemorative edition of the text after having published Written in Missoula in 2011. In the interim, Chirinos and I had gone our separate ways, following academic jobs in the far-flung corners of the empire, engaging in this craft of translation collaboratively for over a decade almost exclusively through e-mail correspondence. On those rare occasions when we later read or presented together, we took advantage of our fleeting proximity to make speedy last-minute revisions to my English-language versions and to otherwise tie up loose ends.

The poems and translations in these pages are from the unpublished bilingual manuscript Tetramorph, the first Chirinos collection I worked on, ruefully, without his always collegial input, though with the indispensable, insightful collaboration of Jannine Montauban, the executor of the Chirinos estate. When published, this will be the tenth volume of Chirinos verse I have rendered to appear in print.  In addition to the two titles mentioned above, the other seven are: Reasons for Writing Poetry (Salt Publishing, 2011), a sort of personal anthology and our only monolingual collection; The Smoke of Distant Fires (Open Letter Books, 2012), shortlisted for the 2013 PEN Award for Poetry in Translation; While the Wolf Is Around (Diálogos Books, 2014); Thirty-Five Zoology Lessons (and Other Didactic Poems) (DíazGrey Editores, 2015); Medicine for the Ailments of Falcons (Literal Publishing, 2015); Still Life with Flies (Dos Madres Press, 2016), and most recently A Brief History of Music & Fourteen Forms of Melancholy (Diálogos Books, 2020).  My impulse in trying to frame the pieces you are reading here is to assert that they come from a “unique” kind of volume, but how many times might I have applied this same adjective to past Chirinos collections?

An only slightly emended paragraph from a typical cover letter I have used when submitting to journals individual translations from Chirinos’s more conventional full-length works reads as follows: “[Poems in the manuscript from which these translations are taken] treat many of the subjects and themes found throughout Chirinos’s oeuvre:  the return to childhood, a fascination with animals, the vagaries of memory, the alternative reality of dream, the utility of seeing and hearing, the writer’s place in poetic tradition, the ongoing commentary on art and film, and the never-ending search for originality through innovative expression, in addition to literary reflections on illness. Chirinos’s poetics wage a constant battle against linguistic exhaustion, frequently staving off cliché through a wry tone and simple eloquence.”

The Smoke of Distant Fires, for instance, is also this one-of-a-kind book. Comprised uniformly of thirteen ten-stanza poems, each largely lacking punctuation, the book’s fluidity of language prompted Daniel Shapiro in his “Introduction” to see the volume as a culmination of Chirinos’s work to date, “demonstrating… a movement from image to voice, from collections of individual poems to a sustained long poem.” As unique books go, Thirty-Five Zoology Lessons is similarly the kind of “catalogue” of which Chirinos was fond, containing thirty-five paragraph-length descriptions of some of the natural world’s oddest creatures. (Chirinos named an earlier personal anthology of his works from 2012 Catálogo de las naves, but there are enough pieces on poets, paintings, and films in his wide-ranging complete works to fill other anthologies on these subjects.)  Indeed, drawn to the notion of the catalogue as he was, the poet took pains to point out in his “Prelude” to A Brief History of Music that “the book, does not, strictly speaking, relate a history of music much less try to present one through words.”  Medicine for the Ailments of Falcons, readers might suspect from its intriguing title, is another of these singular texts, a sort of album collection of interrelated poems, much like those in Tetramorph, that metaphorically conflates the dread “lodger” of cancer within the poet’s alter ego with the imprisoned Chancellor Pedro López de Ayala, who wrote the Book on Hunting with Birds of Prey while waiting to be ransomed from a Portuguese prison near the end of the fourteenth century—a complex motif, to be sure!

Following in this tradition, Tetramorph is a largely poetic meditation on the title icon, a cross adorned with the evangelists Matthew, Mark, Luke, and John along with their corresponding emblems of, respectively, man, lion, calf, and eagle. The volume seeks to explore the identities of these purported Gospel writers in life and legend, displaying the myriad uncertainties that continue to surround their true beings. Comprised mostly of prose poems, Tetramorph contains many ekphrastic pieces on religious paintings and the occasional playlet, all exhibiting Chirinos’s signature dry wit and droll tone. The final bilingual collection of Chirinos available (in manuscript) for now, its composition, though not its appearance in Spanish as Tetramorfos (Peisa, 2018), predates by a few years that of Naturaleza muerta con moscas, his only collection published first in facing-page format. 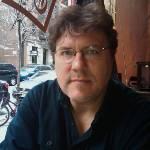 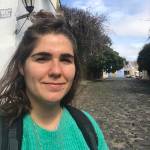 Gabriela Rabotnikof has an MA in Creative and Humanistic Translation from the Universitat de València in Valencia, Spain and a BA in Translation from the Lenguas Vivas Institute in Buenos Aires, Argentina. She works as a full-time freelance translator, mainly in the audiovisual and educational publishing fields. She has co-translated Gustav Klimt at Home by Patrick Bade and The Mermaid’s Madness and The Stepsister Scheme by Jim C. Hines.

From The Wind Traveler

The Wind Traveler showcases the mesmerizing storytelling of Alonso Cueto at the top of his career. At the heart of his latest work is a seemingly ordinary man named Ángel, who…

Never Trust a Woman that Suffers

The light is magnificent, yellow and flickering as if a body. Through the windows it’s pouring, the rain rushes through them with unusual force, it soaks everything; but it too…

Sara Luna, the verse collection by Tom Maver from which these poems are selected, was awarded first prize in the Poetry category of the Concurso de Letras of the Fondo…