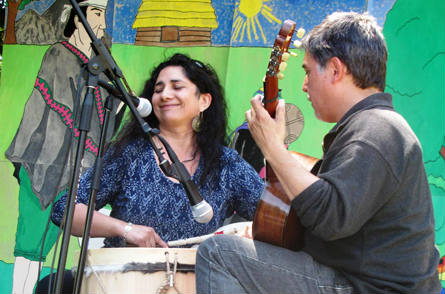 “I don’t want my daughter to be ashamed to say Inché ta Mapuche”: A conversation with Mariela Fuentealba Millaguir

I have never had the pleasure of meeting Mariela in person, but we have exchanged correspondences over the years and across continents and have thus come to be friends. I first read her novel Cherrufe (2008) seven years ago as an undergraduate student in a course on Indigenous literature. I was immediately drawn to the stories that on the surface seem simple but upon further consideration reveal complex cultural, political, and economic tensions. Now, sitting in my apartment in Sevilla and Mariela in Panguipulli, Chile, we conduct this interview. Deeply involved in her community while her work travels to the United States, Russia, Germany, and Switzerland, she is considered to be one of the most important prose-writers in the Mapuche community. She has published several works, including Cherrufe and the recent Cuentos de Sayen, both with CONADI support.

Sarah Booker: First of all, could you tell me a little bit about your own story and what you are doing now? Where are you from? What was your experience like growing up in Panguipulli? Where are you living today and what are you doing? What is your new book about?

Mariela Fuentealba Millaguir: I was born in Panguipulli, a city located 850 kilometers from the capital, Santiago de Chile. Panguipulli in the Mapuche language, or Mapudungun, means Spirit of the Puma. It is a distinctly Mapuche land where my forefather Tadeo Millaguir was the owner of great swaths of terrain. My family lives in Ñancul (Aguilucho), a small town twelve kilometers from Panguipulli. There I grow, live, play, and dream with my grand family on my mother’s side.

Growing up, I would visit my grandparents in the country (Ñancul) on the weekends, and it was there that I began to get interested and immerse myself in my Mapuche blood because my maternal grandfather (Crecencio Millaguir Collilef) is 100% Mapuche. He instilled in me a love and respect for nature, for all living beings. He taught me to ask for permission from the tree, the river, from any living being that lives with us.

Today I live with my husband and daughter in the country, in an area called Anhuaraque (place where the bandurrias alight), Anün=to alight, Raki=Bandurria (a bird from the South of Chile).

I currently work with my father, running a family business.

My fourth book has been a slow process, because it tells the story of a Mapuche woman (an eighty-year-old, elderly woman), whom I visit and with whom I converse, and little by little she has been opening her mind and heart to tell me her story.

SB: How did you come to write Cherrufe?

MFM: Cherrufe was born one day, when I entered my maternal grandparent’s house, that house through which so many times I had run and played. It was like being hit in the face, closing my eyes and seeing my grandfather tell his beautiful stories. It was then that I started to write those stories and mischief that I lived with my grandparents and aunts and uncles in that big house. At first, the book was going to be called “The House,” but when I wrote the story “The Ball of Fire,” and I decided to change the name.

One night I woke up at three in the morning because I had dreamt about my forefather (Tadeo Millaguir). Let me make it clear that, for us, the Mapuche, the connection with our Kuifikecke (forefathers) is made through dreams (Pewma), it is there that we communicate with them. This dream, the one I was talking about before, woke me up and I felt the need to write it, and each night the same thing happened to me, I would wake up at the same time. That’s how I began to write this dream, where my great grandfather embedded a great ball of fire (Cherrufe) in my chest. From then, I haven’t stopped studying and trying to learn every day from my people.

SB: You present Cherrufe as a text that exists for the purpose of giving Mapuche memory to your daughter. Which aspects in particular do you want to preserve and share with her?

MFM: My daughter Carolina was born when my maternal grandparents had already died, so she will only know them through me, through my memory. I should make clear that the Mapuche people use oral memory, everything is transmitted, all knowledge, each life, each history. That’s when my interest was sparked to make sure that my daughter knows about the happy childhood I led with my grandparents.

I don’t want Carolina to be ashamed to say Inché ta mapuche (I am Mapuche), I have this courageous blood, the blood that thousands have died for, to preserve what I have today. I want her to learn our language, to respect who we are, to understand our cosmovision, which, without a doubt, everyone should understand. I’m sure that if we were to all think of ourselves as Mapuche or as another indigenous groups, the world would be much better because, before everything, the Mapuche respects, and respects the words and the origins of every living being on the planet.

SB: Continuing with the topic of children, you also write children’s literature, right? Have you found that there are influences between children’s writing and the other kind of work that you do?

MFM: I write children’s stories and I’m even a “Cuenta Cuentos” (Storyteller), and with them I rescue memory through games. I teach them by singing, translating little phrases in Mapudungun that they learn and then repeat at home. Panguipulli is a city where a lot of people with Mapuche surnames live, but few of them know about their people, their forefathers. That is why I work with children, so they can learn by playing and singing. Then they repeat a Mapuche greeting, the names of animals, of their parents, among others, at home.

Until last year, I worked in various schools teaching Mapudungun. Though it actually isn’t just a language, it’s a way of living, which is why it’s so difficult to understand. To remember that our language is part of the land, that we are people of the earth.

SB: Mapuche poetry represents an important piece of Chilean literature and it is gaining more visibility globally, but what you write is narrative, a “Mapuche novel,” as the title says. Why did you decide to write a novel? How do you see yourself fitting into Mapuche, Chilean, and global literary traditions?

MFM: One day a friend said to me: “You pick up a stone and out comes a Mapuche poet, and you are the first to write a Novel,” a novel as an occidental concept. I believe my narrative tries to tell and rescue the oral memory of my forefathers, something that could not be found in poetry. I do not try to label myself, nor mark myself as a poet, because I’m not. When I began to write, I didn’t think about or decide to write a novel, I just wanted to tell the stories of the lives of my people through my writing.

I do not define myself nor do I locate myself within any literary tradition, it’s other people who always want to classify and label. I’m free and that’s how I feel. It’s sometimes difficult to feel like you are outside of the system, because my language, Mapudungun, isn’t a written language, so it’s complicated to write the stories of my people within an occidental logic.

SB: Speaking of language, one of the things that most stands out to me in Cherrufe is the way that you incorporate Mapudungun into the narrative. This can be seen in the chapter titled “Betrayal,” which has a mythic style to it. How did you decide to do this and what effect do you hope it will have for the readers?

MFM: I want people to understand and know that we exist, that we are a people that, in spite of many years of silence, are present. That’s why I decided to incorporate our language in Cherrufe, because, even though they are small words, the people that read my book will know there is a different language in Chile, and that this language, along with its people, were here before the arrival of the conquistadors.

Many say we are an extinct people. This isn’t true. We are here and we continue to be here, as long as there is a Mapuche that defends what is his or hers, we will not die.

SB: You are a writer and, from what I understand, you are now working on your fourth book. But I also understand you are a musician. What kind of music do you play and do you find that your experience as a musician influences your writing?

MFM: I am a writer, a teacher of Mapudungun, and a singer (Ullkantufe). With my husband, we have a group named “Kütral Mapu” (Fire and land), we rescue Mapuche music, but we also play our own songs. I sing in Mapudungun, sometimes with translations, we use Mapuche instruments, like: Kultrum, kaskawillas, pifilkas, txutxuca.

We have performed on various stages and we get a lot of attention because we play fusion music, incorporating classical guitar (Andrés, my husband, is a concert classical guitarist), but we also incorporate political rap (Carolina, my daughter, raps). I’m the main vocalist and I play percussion, along with my big Mapuche flag that I bring to every stage where we perform.

I am a woman who is proud of my blood, my roots, of what I can create and teach to children. I think it’s important to recognize where you come from, and we should be truthful and faithful to those we love. 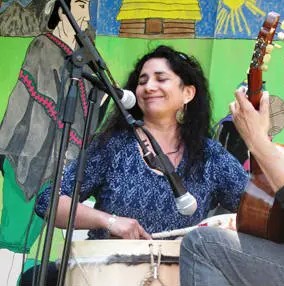 Mariela Fuentealba Millaguir is a Mapuche writer and singer from Panguipulli, Chile. Her books include the novel Cherrufe (2008) and the short fiction collection Cuentos de Sayen (2015), both of which were published with support from the Chilean Corporación Nacional de Desarrollo Indígena (CONADI). 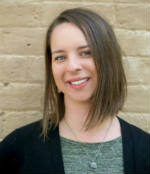 To sleep once and for all / I would have to oneirically detach myself / from my dreams.  // Every night I try a retraction on myself / and early…

When faced with a totally new situation, we tend to attach ourselves to the objects, to the flavor of the most recent past. We look at the present through a…