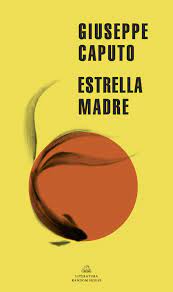 There is nothing dizzying about what happens in Estrella madre, the second novel from Colombian writer Giuseppe Caputo. There is no chain of events that carries readers breathless along the path the hero takes to transform himself. What’s more, it could be said that, in the strictest sense of the term—the one we have internalized as the universal form of stories—there is neither hero nor transformation, only the character’s acceptance of the real conditions in which he finds himself. It’s as if the whole story had been written to watch how he very slowly emerges from the fantasy that has allowed him to overcome his abandonment, but at the same time kept him stagnant. This absence constitutes the scaffolding that supports the story, and is the reason for its power and beauty.

Narrated in fragments, it goes through the main character’s past and present, his relationship with his mother, with two neighbors and his landlord, and daily life in the community. But in reality, there are only two major events that unfold. In the first, the main character—a son stuck in a half-built, suffocating, color-rich, poor, and dusty world—clings to his wait so as not to assume his mother has abandoned him, in the company of others who do the same: they pin their hopes, their desires, and all their imaginative force on a lie, because it’s easier to live that way than to accept reality. The second moment is when air is breathed again, the end of waiting, which is, at the same time, the loss of hope. Or, more accurately, the loss of a specific kind of hope, of romantic love—that self-induced blindness in which the characters live: “Seré de nuevo el hijo de mi madre” [I will be my mother’s son again], the main character seems to say, when, despite having all the evidence that she will not return, he continues to wait for her, clinging to the signs he has invented himself, to the magnified and embellished memory of what little love she gave him. Madrecita seems to say that she will be the mother of all things that need a mother as she fills her barren belly with rag children and adopts pillows and vacuum cleaners. All the inhabitants of the building where the novel takes place want to believe that the unfinished building in front of us—the same one that is torn down over and over again on the whim of the construction company of the moment—one day will be the most beautiful of all.

They say the deepest truths are born of the imagination. One could say of this novel that it is the story of a Rapunzel who waits, unshakeable, determined, for a love that does not exist. A Rapunzel locked in a tower inside an invented city, half Caribbean, half Andean, full of Rapunzels, where everything is poor and happy, unjust and sympathetic, cruel and tender, violent and playful, pragmatic and excessive all at once: out of something so ugly, something so pretty; out of something so poor, something so luxurious. One could say that this is the story of an invented city with some invented characters, who, like the protagonist, say: “Casi siempre confundo el amor y la tristeza” [I almost always confuse love and sadness]. But that would be saying nothing about the truth the author is putting in front of us: the truth of a country called Colombia that prefers to continue filling its belly with rag children before admitting that life will not provide any real ones; that chooses to believe that one day it will live with dignity, even though right under its nose, government after government, everything that rises is made to fall in order to start again in an endless cycle. Nor would it be telling us anything about the way out of the quagmire that the novel proposes: we must stop waiting, get out of the tower. Estrella madre is the story of a son with no future who learns to breathe in reality and takes the first step out of the tower of illusions made to alleviate the pain of his abandonment. The redefinition of hope. That’s what it’s about.