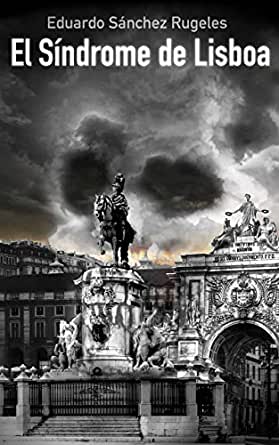 Venezuela is a good place to imagine the end of the world. This seems to be the premise behind El síndrome de Lisboa [The Lisbon Syndrome], the most recent novel by Eduardo Sánchez Rugeles. Indeed, the social, cultural, economic, and political disaster in Venezuela offers the ideal setting for an apocalyptic story. In this novel, however, the end of the world happens elsewhere. From the opening pages, we witness a catastrophe that has obliterated the city of Lisbon and perhaps the rest of Portugal. Later, we learn that it was an asteroid or a meteor. As would almost certainly happen in real life, the lack of information about the origin and reach of the tragedy is due, in the story, to a media blackout imposed by the government. This framework of repression and censorship, the impossibility of knowing what is really happening, allows for a tense and nervy representation of a possible global catastrophe.

The background of a far-off apocalypse also puts into perspective a drama that is much closer to home. A tragedy presented in seven movements, like the score of a symphony, starting with an overture, passing through two allegros, a scherzo, an adagio, and ending in an offertory preceded by a requiem. In each chapter, the story of Fernando Morales, a high school teacher, intertwines with that of his Portuguese protector and friend, Moreira. The protagonists are both going through defining moments. While Fernando loses the woman he loves, Moreira loses the country in which he was born. But their attitudes are opposed. Moreira is an optimist who believes in salvation and in the fundamental goodness of human beings, while Fernando loses all hope as he experiences the steady deterioration of both his relationship and the standard of living in his country.

Within these stories are the students. A group of young dreamers who want to carry on despite everything, to whom Fernando offers refuge in a cultural center called La Sabila, which becomes the only meaningful space in their lives. The center operates in a house donated by Moreira to keep cultural activity alive in the Caracas neighborhood of Bello Monte, another of the novel’s protagonists. Its bakeries, cafés, bars and restaurants, streets and avenues, occupy an important space in the story along the River Guaire, which divides the area into two very different halves. The students move within this space in the midst of a war, which takes the form of sustained clashes with the armed forces, as well as permanent fires and explosions, adding a further element to the darkness of the atmosphere produced by the ash rain that hides the sun following the catastrophe that destroyed Lisbon.

As Fernando’s life falls apart, caught between a local war and a global tragedy, Old Man Moreira recounts his escape from Portugal, pursued by another repressive police state, as well as his arrival in Venezuela, the process of adaptation and his eventual prosperity in the country that welcomed him unreservedly. Little by little, the two stories converge and somehow the lessons learned in the past drive the struggles of the present, allowing them to reach a resolution that is simultaneously hopeful and devastating. Heroes and martyrs, tortured prisoners and executed students are left along the way. A question also remains: is redemption possible for certain individuals who, despite working for the forces of repression, could still bear a trace of human conscience?

In this way, speculative fiction crosses with elements of the Bildungsroman and the romance novel, resulting in an interesting blend of genres. But more than the representation of a possible future, or even of a parallel present, what this story seems to be offering is an alternative past. Because, beyond the apocalypse storyline, what dominates in this story is the rewriting of the moment in 2017 when young Venezuelans, armed with sticks, rocks, Molotov cocktails, and improvised shields, without any hope of victory, faced the police forces of one of the most repressive states in the world.

Sánchez Rugeles imagines in the novel the possibility that these young people could have triumphed against all odds and all political logic. The story presents the movement as a heroic act in which victory could have been achieved through determination and good will, as well as a final and definitive sacrifice. This final offering is upheld, eloquently, with a song by the Portuguese band Madredeus that repeats the phrase “haja o que houver,” come what may, perhaps the most apt hymn for any voluntarist movement.

The undeniable virtue of this novel is its capacity to represent a way of seeing Venezuelan politics based on emotion, passion, and spontaneity. The most glaring absence in such a political text is political reasoning itself. There are no organizations or institutions of any kind. No parties, no unions, no student groups. Nor are there clear objectives, tactics, or strategies. Not even organic leaders who represent the very students carrying out the fight. This absence can perhaps be explained by the specific focus that the novel builds around the figure of Fernando. However, it is significant that the protagonist’s discourse is imposed over that of the students, always fragmentary and uncertain. This imbalance shows a debt to our most deeply rooted narratives of identity, those telluric stories in which civilization faced barbarism, not always with a happy ending.

The difference, in this case, is that the symbolic confrontation is presented as culture—and innocence and youth—fighting against a barbarous, repressive system, which seems to be the only institution still standing. Everything else has exploded. Yet here the didactic discourse suggests not rebuilding what has been lost, but rather deepening the destruction. Maybe that is why the idea of a possible global catastrophe as the background to the sacrifice of a whole generation is so attractive. When everything explodes, political reasoning is no longer necessary. It is a sentiment expressed repeatedly and in different ways across the enraged networks of Venezuelans who, impatient for quick results, assume that, in the face of such a grave crisis, all political strategy is useless.

Venezuela is a good place to imagine the end of the world, because, when faced with global collapse, mass sacrifice seems like the only response imaginable. But the world is not ending, neither in the novel nor in real life. As one of the most relatable characters expresses it, one year later and with a heavy heart: “They really fooled us with all that about the end of the world! We’re still here. A real shame!” In the absence of an authentic and definitive end of the world, maybe the lesson to learn is the one Old Man Moreira suggests with his story: life goes on and finds a way forward; persistence is preferable to a desperate, wilful sacrifice.