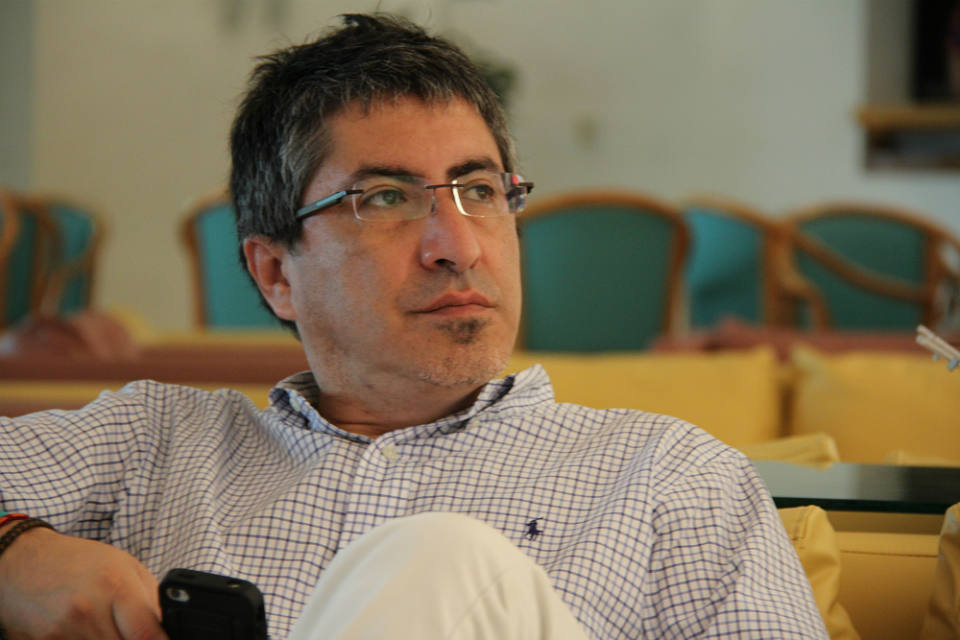 Oftentimes, we are not blown away by the appearance of a great book. Accustomed to the invisible figure of the translator, we scarcely perceive that we are reading those writers we celebrate so heartily in translation. Some might argue that this is precisely what it’s about: making the differences invisible. The argument seems logical, but in a sense it is reproachable—it tells us little or nothing about the lengthy, rigorous work of translators, much less does it seek to express some gratitude for those responsible for that happiness, be it complete or partial, that readers sometimes enjoy with a new book. It seems to me that the opposite is true. Good literary translation should be understood as nothing short of a triumph. A literary triumph, needless to say. The translator has achieved the impossible, equating two languages, making them one: our language, the language of the readers, deceiving us with the obvious: what we are reading is a literary text, not a mere linguistic passage.

Translation is an intense exercise in reading. Perhaps the most demanding of all, comparable only to that of the author himself as he corrects his own work; an exercise that seeks to reproduce vocabulary, syntactic constructions, linguistic turns and sounds, evocations and aromas that are unique to a given language in order to give them new life in another, invented language—the word “invented” is no exaggeration—with a tone and style that had hitherto been nonexistent in the world. As Octavio Paz rightly said, literature is also invention. And this creation belongs to the translator. We, the readers, can be nothing but thankful for the fact that this ancient craft should be one of literature’s ways to endure over time.

I write this brief reflection to announce a never-before-seen milestone in the history of Latin American Literature Today (LALT). For the first time, we present a translator on the cover: the American translator based in Santiago de Chile, Megan McDowell. This milestone is not gratuitous, nor does it seek to generate buzz. On the contrary, it represents what this journal is: a double space for Latin American literature. On the one hand, a space for our contemporary literature, and on the other, for that same literature in translation. The cover feature was prepared by our Translation Editor, Denise Kripper, and it brings together work by renowned writers Lina Meruane, Alejandro Zambra, and Carlos Fonseca, along with an interesting interview of Megan by Denise herself. The feature concludes with a preview of Megan’s translation of the mythic novel Yesterday by Chilean writer Juan Emar.

We had pending debt to Bolivian literature. In this issue, we get up to date with a dossier containing fiction by Rodrigo Hasbún, Homero Carvalho Oliva, and Giovanna Rivero, as well as an article by Gabriel Guzmán Camacho on the comic project Altopía, created by Joaquín Cuevas y Alejandro Barrientos. LALT’s readers will also find an interview with Giovanna Rivero by our Managing Editor, Arthur Malcolm Dixon. Its title, “What’s new is the interest in this old darkness,” is an invitation to read the work of a fiction writer as complex as she is original. This dossier—brief and uncomprehensive, as is obvious—is proof of the robust health Bolivian literature enjoys today.

LALT’s “Essays” section is a space for literary criticism and imagination: two complementary forms of dissidence. Four very different texts make up this dossier: Gisela Kozak’s, “Criticism and Contemporary Literature: A Divorced Couple?” analyzes the complex relationship between literature and the university institution, its problems and its present and future uncertainties. There is a great deal to be said here about this boat, which has been drifting under the waterline for some time. Another text, by Pedro Pablo Guerrero, is a wonderful profile of the work of Chilean writer Benjamín Labatut, the author of that unclassifiable book titled When We Cease to Understand the World in its English translation by Adrian Nathan West, a complex and attention-grabbing work like few others. For her part, Wendy Call writes about Irma Pineda, the Zapotec writer Wendy herself has been translating for more than ten years. Her essay is titled “Isthmus Zapotec Poetry and Hip Hop in Transit: A Remix.”

Here we put an ear to the history of efforts to conserve a language, a sensibility, a way of seeing and understanding the world. As we are told in the lyrics of a hip hop song quoted in the essay: “Zapotec language, you will never die / I can’t bear to hear that one day you will be gone / and won’t ever come back / because you are my guiding light / every day I wake up and it’s Zapotec, Zapotec language of my ancestors / Zapotec you will never die / you will always live on my tongue / You won’t die; that can’t happen.” And, lastly, an essay by Argentine writer Marcelo Cohen, with which we turn the page on a century: “The West After the Rain: One Hundred Years from 1922.” Cohen invites us to evaluate that annus mirabilis, 1922, when so many things took place that still echo today, a hundred years later, and that will mark us forever.

The voices of writers Alejandro Zambra of Chile, Fernanda Trías of Uruguay, and Maximiliano Barrientos of Bolivia can be found in the “Interviews” section. In Indigenous Literature, we highlight the voices of Wayuu poet Vito Apüshana, Shuar poet Maria Clara Sharupi Jua, and Quechua poet Ch’aska Anka Ninawaman. They are joined, as ever, by poems, short stories, and a new offering of Brazilian literature, from that giant that always somewhat escapes us in Latin America.

Our literary bond with World Literature Today continues to be enriching and productive. It is our hope to broaden readers’ horizons and help share what is published there in Spanish. In this issue, we highlight Soledad Marambio’s essay “The Insolent Gaze of Chilean Poet Elvira Hernández,” originally published in English in WLT Vol. 94, No. 4 (Autumn 2020), which looks back at the work of the author of a text now central in Chilean literature, “La bandera de Chile”.

I was talking at the start about translation, which we at Latin American Literature Today have never understood as an invisible, anonymous craft. This issue’s cover is irrefutable proof of it. And we are not alone in this crusade. In Autumn 2021, World Literature Today published an issue dedicated exclusively to translation. In his editor’s note, Daniel Simon emphasized the great variety of languages included (more than a dozen in a single issue!). I would be remiss not to echo the quote from Sawako Nakayasu that my colleague Daniel Simon included there. Nakayasu “celebrates translation as eros; translation as breaking, as feral wildness; translation as ‘extension of life,’ as breath, as mouthful, as ‘body full.’” Translation can be confused with life, with literature, perhaps because it is part of them. Reading in other languages is a challenge to the dull monolingual world where the words of a single language bump up against their reflection in a mirror that does nothing but reproduce the same thing over and over again. Translation is a matter of friends, of new faces and voices in the neighborhood where we live.

I’ll end this note by mentioning a mistake that is, more than a mistake, a happy coincidence. We sometimes hear that some readers think the name of our journal, LALT, stands for Latin American Literature in Translation. We can’t help but smile—it’s a great error, if I do say so myself. An error and a discovery that only serves to underscore our editorial stance.

Of the Latin American writers I have mentioned as the truly magical creators of fiction, Álvaro Mutis (1923-2013) is the most interesting both as a storyteller and as a literary…

A Sample of Colombian Poetry

What follows is a work of words, manifested from diverse points of power, that names what passes through us and what contains us.

Symphonies of Literary Violence: A Conversation with Pedro Novoa

Pedro Novoa (Lima, 1974) is the author of four novels, three collections of short stories and various other works. His latest novel La sinfonia de destrucción (2017) was published by…