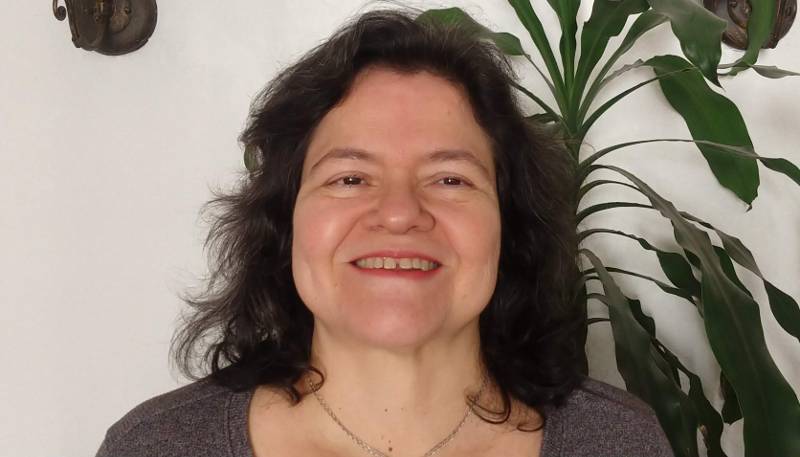 Relations between academic criticism and contemporary literature have never been easy. They have fluctuated between rejection, admiration, and mutual ignorance. The case of Latin America is not so different, but it does have the advantage of having broken with the European tradition that claimed only the past counted with sufficient legitimacy to be studied in schools of Letters, literature departments, and postgraduate programs. From the 1960s on, continental academic criticism has been paired and gone hand in hand with the present. Verbal art has defined a human condition, similar among all cultures and ages but saturated with history, able to point out the distinctive traits of a nation or to demolish poetic tradition in pursuit of a radical act of liberation. Latin American literature—a category which, in and of itself, is more political than it is critical—took a leading role in cultural debates in which education, thought, and ideas nourished faith in language’s ability to settle matters of collective destiny and personal trajectory. So it would be until the 1980s, with critics like Ángel Rama, Antonio Cornejo Polar, Roberto Fernández Retamar, Hugo Achugar, Antonio Cándido, Carlos Rincón, Noe Jitrik, and Alejandro Lossada at the helm, devoted to the study of literature as a means of understanding and building a perspective based on national and continental liberation, with a strong critical bias against capitalist modernity but with aesthetic vocation. This vocation valued literature in terms of a discourse whose formal efficacy transformed it into a privileged expression of language, following the path opened by Russian formalism and the marxist criticism of the twentieth century.

In the past thirty years, substantive changes have befallen theoretical and critical approaches to the continent’s literature, inspired by the influence of poststructuralism and the decolonial challenge to Western-rooted humanism. Criticism has questioned its own epistemic and political meaning, founded as it is upon literature as the flagship aesthetic discourse of modernity. We are speaking here of a failed modernity, of the fall of socialism and various projects of national modernization transformed into military dictatorships, democracies in crisis, and political transitions marked by the emergence of neoliberalism. This term, which has become the watchword of Latin Americanists at universities throughout the hemisphere, served as a backdrop for a debate whose through line was the questioning of the importance granted to literature. With promises of radical change via the path of enlightenment unfulfilled—through said path’s faith in progress by means of a State guarantor of the transformation of collective life—art and literature would be put forth as purely elitist practices, unable to express the region’s social complexities.

In this vein, a notion of literature in terms of lettered practice was put forth, depending on a circuit of creation and reception that emanates from national education systems, marked by the exclusion of subaltern practices, whose best example would be those arising from indigenous peoples. It was no longer enough to widen literary canons, integrating formerly excluded voices; now, the very notion of the canon as a pedagogical project inspired by universalist humanism was under siege. The criteria of its formation depended upon power relations historically established atop patriarchal and racial foundations of religious, cultural, and political hegemony. Gone were the times when the canon was justified in terms of a repertoire of great peaks of thought and creativity. Likewise, the subjectivity outlined by literary discourse responded to the modern bourgeois subject, imbued with belief in the sacred and irreplaceable nature of his creative individuality, turning his back on the popular subject, collective by nature. What’s more, said modern subject excluded other subjectivities silenced by the logics of Western hegemony, understood as racist and patriarchal colonialism; such was the case for women and dissident sexualities.

Literature would become one of many discourses within the wide world of oral, audiovisual, and plastic practices rooted in a challenge to the political and social order; furthermore, the broad textual universe hitherto ignored in favor of the aesthetic and formal achievements attributed to the study of fiction, essay, drama, and poetry would now be recognized. We witnessed a blossoming of studies on the nineteenth century and the colonial period, to which we must add the boom in feminist criticism and gay and lesbian studies that would later give rise to queer theory. Cultural studies, subaltern studies, Latino studies, ecocriticism, and decoloniality are categories that, despite their differences, display an explicit will to distance themselves from the set of interests in style in the literary criticism and theory of the twentieth century, from formalism, passing through marxism and semiotics, up to reception theory and the Latin American literary criticism of the twentieth century.

Decolonial theory appropriated poststructuralism, and Derridean deconstruction in particular, leaving behind aesthetic interest to point out the tight-fitting colonial fabric—racist, patriarchal, saturated with epistemic violence—in which literature deploys its symbolic capacities (despite, incidentally, Jacques Derrida’s decidedly modernist bent in the poetic and narrative fields). While thinkers like Edward Said and Homi Bhabha challenged the colonial presence in literature, the scope of their thought indicated the potential for its resignification with a view toward a much more global and diverse understanding of the cultural order of our age. The most powerful facet of Latin American decolonialism—Walter Mignolo, for instance—has allowed less space for resignification and more for ideological suspicion. It is impossible to lay out a critique of decolonial theory in these short lines; suffice it to say that it established a definitive break with literature in terms that might assign it a cultural prestige and importance functioning with relative autonomy from its European and, therefore, colonial origins.

In this academic context, less attention is paid to contemporary Latin American literature than to the writers of the so-called “Boom” of fifty or sixty years ago. Apart from competing with nonliterary products for the interest of critics, teachers, and students, texts are put through the sieve of analysis for various racial, class, sexual, and gender oppressions. Thus, the picture of Latin America is painted through its social and economic problems and not through its cultural achievements, as in the past century when Latin American literature asserted its complete, bold, and original contemporaneity in contrast to the continent’s prevailing inequality and authoritarianism. Today, men and women writers struggle within academia with an image of Latin America that is suspicious of its contemporaneity, based on the persistence of the colonial matrix of which literature forms part. Faced with the declining authority of the literary past in the field of studies on culture, men and women who write now tread a thin red line drawn between political readings of their texts and genuine interest in literary writing.

The latter tends to be less frequent than ideological analyses, quick to read the sophisticated literary proposals of Roberto Bolaño, Mónica Ojeda, or Samanta Schweblin the same as they would any other textual or oral expression. Of course, men and women authors linked to the left will enjoy space and relevance unobtained by those who question this political tendency. Critical approaches to Venezuelan authors such as Rodrigo Blanco Calderón and Karina Sáinz Borgo are surprising in their militant rejection, much more than in their conceptual and political elaboration. Reticence toward writers considered to be “on the right” is nothing new, and has echoes in the marxist-oriented Latin American literary criticism of the past century, the difference being that the undeniable literary relevance of authors like Jorge Luis Borges and Mario Vargas Llosa was made quite clear. This tension between talent and ideology marked the twentieth century, but the humanist inheritance and literature’s place of privilege in culture sifted out militant rejections at centers of study outside the orbit of countries under totalitarian regimes. Now, in contrast, outstanding literary talent provokes less admiration than it does suspicion, and the preferred approach is to highlight its relations to the market and to mechanisms of social and cultural exclusion.

Instead of lamenting Latin American literary criticism’s transition to applying its theoretical inheritance and findings to other textualities—a broadening of the field of study that could easily emerge from its alliances with semiotics, social sciences, history, and philosophy—it is only right to question its political bias and the reasons for this broadening. There is no reason to think literature’s prestige and what were once called classics should be eternal, but there is room to reflect on the determination to submit them to a type of reading that now functions entirely hegemonically within schools of Letters, university departments, and postgraduate programs. Other readings and observations of the artistic and literary past are possible—ones that transcend mere ideological critique from the perspective of the oppressed. For example, Spanish-language women writers are now reaching a peak, surely related not only to their undeniable quality but also to academic and public debates surrounding gender equity. This beneficial influence stands in contrast to the limits established by political correctness—an inexact but widely understood categorization of debates surrounding discriminations that do indeed exist.

Literary studies have always existed under the perennial threat represented by the question of their epistemic legitimacy and social meaning. To escape down the tangent, leaving literature behind, does not solve the problem; it only shifts it to the shaky ground of theoretical modes and political militancy. This militancy influences a perspective of the continent that views it as a vast region of horrors, in the yoke of neoliberalism and U.S. hegemony—a vision that leaves to one side a full consciousness of the realities of its countries and of the rich, complex lives of its inhabitants. Criticism could open the door to an understanding of the cultural differences and convergences between nations and throughout the world, pointing out the existent connections between contemporary literature and the past; the genealogy that links, for example, Mariana Enriquez to Mary Shelley, Horacio Quiroga, and Stephen King. The debate surrounding ethics, aesthetics, authorship, and oeuvre in a plane that transcends the consideration of writing as a prolongation of the one who writes and an accomplice in said writer’s damnable actions is interesting. Also interesting is the argument around the place of the past within all levels of teaching; indeed, if a critic decides to turn away from literature he is well within his rights, but we might reflect on whether future generations deserve it. Lastly, the radical anticapitalist and decolonial left, now hegemonic in the Latin American academia of this hemisphere, does not interpret all the men and women within it, much less the societies that produce its student bodies. Political pluralism and plurality of thought are requisites of the university world, not concessions. 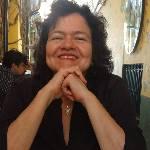 Mario Bellatin’s work brings us, as readers, to a dead end. It is a body of work with many doors: we can enter through a Japanese story, a false biography,…

From The Diaries of Emilio Renzi: A Day in the Life

Forgetting. It is one of the great themes of literature, Renzi said as he began his class. To be forgotten; the tragedy of the abandoned lover who knows he is…