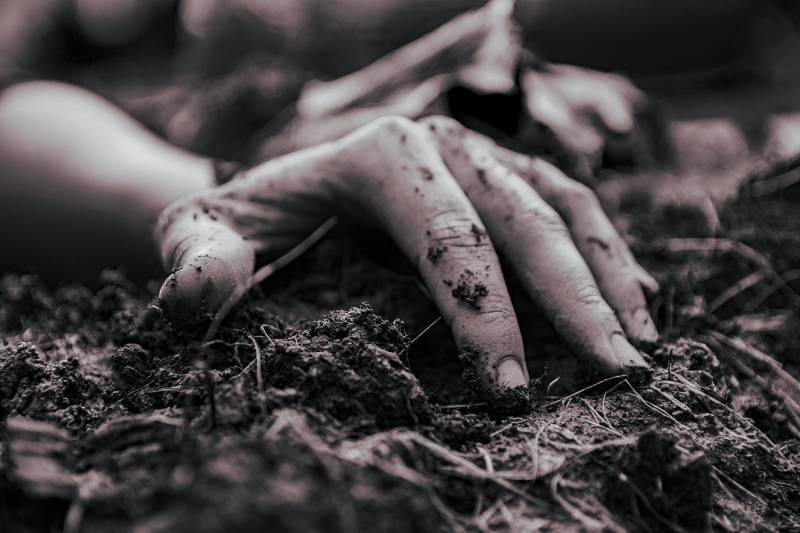 Sitting on a dead tree trunk, Marcelino draws circles in the dirt with his index finger. To streak the soil would be difficult with his thumb. In fact, his index and his thumb are what he has left. The sugar mill took the other fingers. That day’s work was lost. They couldn’t make jelly with the cane juice because the blood had tainted it. But until now, or rather, until last night, he couldn’t complain. His forefinger has been a great help, a loyal friend, a prolongation of his manhood with which to delve into the pleasures of Carmen until she moans and cries. That’s right, cries.

The two children look at him in silence. Marco with an enlarged gaze, as if the sidereal distance between the boy and the man were condensed in him, in a feeling that childhood cannot decipher but that makes his pupils dilate. The girl, on the other hand, who they continue to call “girl” as a means to dodge death, opens her mouth, makes bubbles with her saliva, and asks no questions. The two children, his children, observe the circles that Marcelino draws in the dirt, that sit on jumbled galaxies, like emotions, like rage and love, like the desire to make Carmen moan. Suddenly, the orphaned index finger, hanging from the thumb’s armpit, stops. There’s no hesitation in the monstrous hand.

Marcelino turns and looks at the children. It could be said that Marco reads his father’s thoughts and that, in a way, in the only way that machos of their species flow into the current of existence, he agrees. The girl just opens her mouth and does magic with her saliva. She has the same eyes as Carmen: watery, of a damp darkness, and melancholy.

“Wait for me here,” says Marcelino, sitting up to enter the shack.

The children sit still. Only the trees and the field move without offering resistance to the southerly wind.

Inside, Marcelino lifts the mattress and finds it. He inherited it from his father who shot it only once during the Chaco War and then, in the manner of the Indians that Radio Illimani would narrate to encourage the soldiers, he scalped that dying pila.1 Marcelino doesn’t know how much of that story is legend, and it doesn’t matter. It doesn’t matter anymore.

Other certainties settle in his brain. Green flies with phosphorescent eyes, with the shit of betrayal on their fragile legs. Last night, when the boss decided to replace him during the sugar cane harvest, “Because your two fingers are useless for gatherin’ piles,” he came back early. The kids were playing hide-and-seek. The southerly had already begun to blow, and perhaps because of that, because the wind carried the noises and footsteps elsewhere, Carmen didn’t hear him. If she had heard him, would things be like they are? The minute needed to cover her privates, to cover her breasts with the canvas sheet that still reads “Guabirá Sugar Refinery” in blue letters, would have worked in her favor. But life does not work in one’s favor nor do the minutes that bounce like trained dice, never a six or an ace. And particularly at that precise moment when he enters and she throws her neck back, riding a horse from another pasture.

Marcelino grabs the weapon, an old revolver with a long trigger. He goes out onto the patio. The kids remain still, not daring to look at him. He knows that what Carmen loves most in the world are her children, and that love has led her to say stupid things, that he did not father them, that they are the boss’s children and that when she can prove it, she will leave him. Wounds, wounds that become gangrenous and eat away what little healthy flesh remains, for example, on his thumb and forefinger.

But he also knows where to inflict a wound. He blows on the revolver to shoo away the dust. He knows there are three bullets because he used the other two to kill a pig for New Year’s. Just the right amount. He looks at the children. Marco seems to agree, or at least to be resigned, as does the girl who, with her cow-like gaze, only gives the appearance of obedience.

“You know why I do it,” says Marcelino, his voice choking. He exerts pressure with his thumb so that his index finger can handle pulling the trigger. 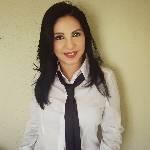 Giovanna Rivero (Bolivia) is a writer. She earned her doctorate in Hispano-American Literature at the University of Florida. She is the author of the short story collections Para comerte mejor (2015, 2018 Dante Alighieri Prize and finalist for the 2021 Celsius and 2021 Guillermo de Baskerville Prizes), Ricomporre amorevoli Scheletri (2020), and Tierra fresca de su tumba (2020, BancoSol Prize for Best Book Published in Bolivia, 2021), among others. Her novel 98 segundos sin sombra (2014, Audiobook Narration Prize) was adapted for film by Bolivian director Juan Pablo Richter. In 2004 she participated in the Iowa International Writing Program and in 2007 she received a Fulbright grant. In 2005 she received the Franz Tamayo National Short Story Prize. In 2011 she was selected by the Guadalajara International Book Fair as one of “The 25 Best-Kept Literary Secrets of Latin America” and in 2015 she was awarded the “Cosecha Eñe” International Short Story Prize. Rivero has published several research articles on Latin American science fiction, and she coordinates online creative writing workshops. Along with Magela Baudoin and Mariana Ríos, she directs Editorial Mantis, which publishes the work of Hispano-American women writers. https://giovannarivero.com/

Alexander Torres holds a PhD in Latin American Literature. His first book, Bastardos de la modernidad: el Bildungsroman roquero en América Latina (2020), comprises a critique of the ontological impact of capitalist modernity from the perspective of the novel of formation, the baroque ethos, and the youth that sought to build a lifeworld with rock culture. In addition to specializing in the Bildungsroman and in popular culture, Torres’s research focuses on the contemporary literary production of different regions in Latin America, often with young and uneasy characters who are faced with a disenchanted and hostile world. He is currently interested in analyzing various formations of the sacred in contemporary literature as an alternative to the logic of capitalist ethics. He teaches at the University of South Florida (Tampa).

Salamanca: A Route on which Writing Takes Shape

This dossier’s purpose is to make known, through the intersection of three critical gazes—each one authoritative, distinct, and complementary—the University of Salamanca’s José Antonio Ramos Sucre Lecture Series on Venezuelan…

In a memorable poem titled “El poeta de este mundo” [The poet of this world], Chilean poet Jorge Teillier reminds us of those truths that today—in this postmodern and, paradoxically,…