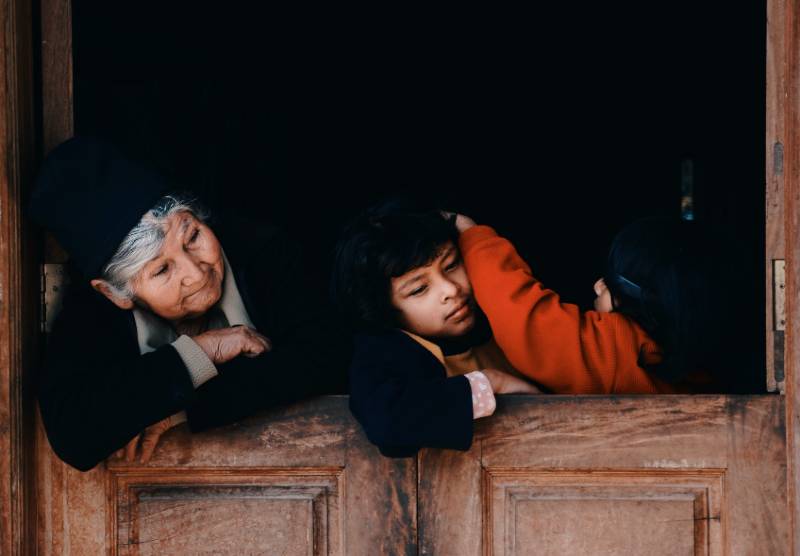 Editor’s Note: This text is available to read in Quechua, Spanish, and English. Scroll down to read in English and click “Español” to read in Spanish.

In that small town of Sapilica there lived a thieving woman, and she died in a terrible way, bewitched, because of her sin of thieving. That woman was called Isabela, and she had been a thief ever since she was little. Even after getting married and having children, she stole all kinds of things.

Isabela always stole a lot. They used to bring loads of potatoes to the rodeo (to the fair); she would steal the hackamores, the saddles, the ropes, and everything from the horses. They (the horse-owners) got drunk and went into the square after tying up their horses and donkeys; she would make off with the ropes and the reins after taking them off the horses. There is something called “chhuse” on those animals, something beautiful that people buy, and she would make off with that too. They would saddle them with blankets, and she would make off with the blankets too. Lots of blankets and reins were heaped up in her house, she had a bit of everything; presumably she used to sell it.

She wasn’t at all afraid of anyone or anything, she would just steal all the time, even sheep and so on. When any sheep came near her she would sell it or butcher it, I guess. She would even pull up potatoes by their stalks, going there in the night, the white “imilla” potatoes; she would pick beans too, she wasn’t afraid at all. That’s why they did what they did, why they bewitched her.

The lake called Asirqucha was cursed, even now people often die there. I guess that’s where they made her soul get caught. We had it divined in the coca leaves.

“A woman shrouded with a black cloak is coming and going along the edge of Asirqucha Lake, and in her hands she’s lighting a candle, with her head down.” Isabel walked through there, and that’s how she got got.

“She won’t get better, it’s very clear. She had been set alight, and a candle is burning in her chest, as if the flames are dancing. Asirqucha got her, even her drool will be dragged over the floor.”

That’s why she died saying “it’s hot inside.” She would sleep day and night in the door, right there in the doorway, the doorway of the house. She even pulled out all the hair on her head.

“It’s so hot in here, it’s burning me inside, this chest of mine! Oh my chest! Ayyy!” she would scream. What will her children do… they don’t know. They don’t believe (in witchcraft), nor did her husband have coca leaves divined; they don’t get involved anymore, (for them) their mother is just ill.

“Ay!” she couldn’t bear it. She couldn’t take it anymore, she could barely spit. “It must be my lungs, the cold must have got me,” she would say.

They say it’s because of what she did: she would take away the cows, she would take away the bulls, she would get them down from the hills and sell them. She was such a thief, she was both mad and a thief; that’s why people had her bewitched. That’s why she was ill for such a long time, it must have been more than ten years that she was ill, badly ill. How did that husband of hers bear it! Her child Ambrosio would cry, and he alone would cook, or her younger daughter would cook. She (Isabela) got wet with a little water.

“Water! Waaaater! Ambroooosio!” She would say. Ambrosio would give her water ever since he was young. She was very sad.

She would pull out all of her hair, just like that. She suffered awfully, she was ill like that for a long time, a long, long time. They did that because of her stealing, and she died of it. The people must know, that’s how witchcraft has power, that’s how Asirqucha got her.

Translated from Quechua to English by Robby Felix Penman 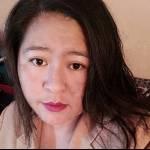 Noemy Condori Arias is a researcher of southern Quechua in the Vacas community of the Arani province of Cochabamba, Bolivia. She earned her degree in Linguistics Applied to Language Education from the Universidad Mayor de San Simón. She focuses on verbal art and oral literature, writing and analyzing stories, stage plays, and legends in indigenous languages that reflect the culture of her people. She is currently studying the structure of monolingual Quechua in her community.

The Punished Body: An Interview with Pedro Lemebel

by John Better Armella
Pedro Lemebel is a phenomenon in today’s Latin American literature. I use the term phenomenon in its double meaning: he is an original and noteworthy prose writer and, for his…

Hebe Uhart’s Animals tells of piglets that snack on crackers, parrots that rehearse their words at night, southern screamers that lurk at the front door of a decrepit aunt’s…

The space your body takes up in the world is equal to the space of the body into which someone has retreated; / and, if so, no one has any…