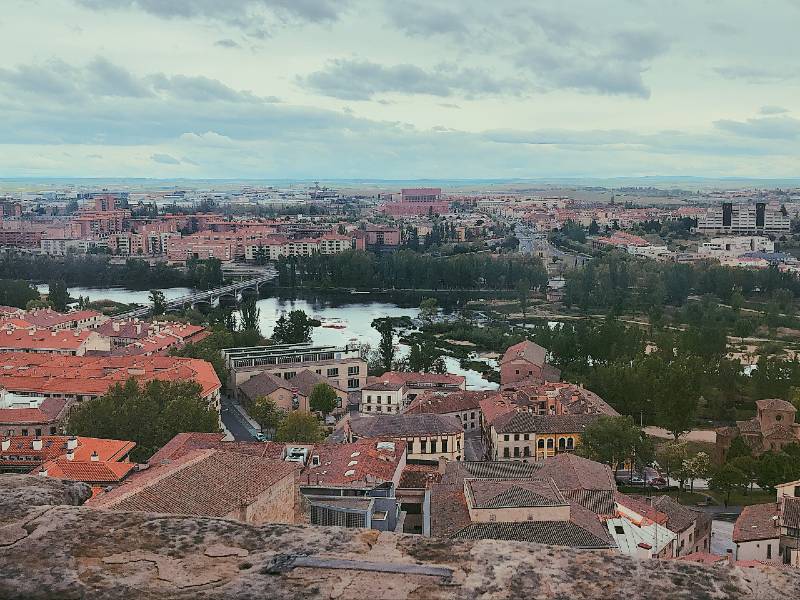 Salamanca in the Distance

I was at the University of Salamanca in the summer of 1995, at the invitation of Carmen Ruiz Barrionuevo, who was, at the time, director of the university’s Hispano-American studies program and director of the newly founded José Antonio Ramos Sucre Lecture Series on Venezuelan Literature. Carmen had arrived in Salamanca just a few years before, coming from the University of La Laguna—a point to keep in mind, if we are to understand the genesis of the lecture series and the special relationship it succeeded in establishing between Salamanca’s seat of learning and Venezuela. I remember, during our conversations and strolls through the city in those days, we recalled again and again her experience in La Laguna and the Atlantic space that stretches out from the Canary Islands: a horizon marked by a long history of migrations and exchanges, and one in which Venezuelan culture stands as a closeby and familiar point of reference. Not for nothing were we (and are we still) known by Canarians as the “eighth island,” where almost a third of the archipelago’s population settled in the 1950s and 60s. Although her focus was broader—Hispano-American literature in general—after her time in the Canary Islands, Carmen was well-versed in Venezuelan literature and had mingled with writers from our country at many meetings and conferences held at the university. The founding of the Ramos Sucre Lecture Series at Salamanca can thus be placed on the timeline of the work she already had in progress, making of La Laguna one of the first centers for research into Hispano-American literature in Spain, and a place where Venezuelan letters had an authentic presence, as is proven by the rich bibliographic legacy she left behind in the university’s library.

To be faithful to the recent history of the internationalization of Venezuelan works and authors, we must make clear that the creation of this important research and teaching institution was by no means an isolated incident within the cultural politics of the time. On the one hand, the Ramos Sucre Lecture Series was framed by the reactivation of Spanish interest in Hispano-America after the festivities of 1992—and, if we broaden the map, we cannot help but link it also to the acceleration of cultural exchange between Europe and Latin America brought about by globalization and the end of the Cold War. On the other hand, we are talking about an academic institution that forms part of a full set of international initiatives devoted, throughout that decade, to promoting Venezuelan letters, whose principal designer and representative was novelist and essayist José Balza. As I have written elsewhere, Balza was one of the first to decry the deficit of Venezuelan presence in the international literary scene, and to understand the devaluation this deficit represented for our literature and our country. His ramblings and pilgrimages as a guest writer at universities, festivals, and salons in America and Europe ended up translating to the establishment of an active intellectual network, making possible the organization of a series of encounters dedicated to Venezuelan literature. These included the conference held at Brown University with Julio Ortega in 1992, the colloquium at the University of Paris we prepared and carried out with my colleague François Delprat in 1995, and the symposium “Literatura venezolana hoy: historia nacional y presente urbano,” which, thanks to the support of Professor Karl Kohut, was developed in Germany at the Catholic University of Eichstätt in 1996. The Ramos Sucre Lecture Series—whose 1993 founding was also closely linked to Balza, as is well known—forms part of this moment of internationalization in Venezuelan letters, before Chavismo’s breakup of the cultural field and the atomization it is causing in the current diaspora.

If my memory serves, I must have given a couple of talks during that trip to Salamanca, both centered on a concern that struck me, at that time, as urgent: getting out from under the metaphysical umbrella with which certain Venezuelan and Latin American poetry and literature was still being read. I combine the terms “Venezuelan” and “Latin American”—which correspond to differing extents, of course—because for me, like many Venezuelans of my generation who witnessed the birth of Biblioteca Ayacucho and the publishing project Monte Ávila Editores Latinoamericana, who passed through the workshops of the Rómulo Gallegos Center for Latin American Studies and came up reading Guillermo Sucre’s La máscara, la transparencia (1974), there was a continuity between the two, and one could cross from one to the other with a naturality we now sometimes miss. To be Venezuelan was to be part of the history of that regional variant of cosmopolitanism that was our Latin-Americanism. In Salamanca, I could therefore speak of the latest poetry by Rafael Cadenas on the one hand, from the books Gestiones (1992) and Dichos (1992), and on the other about the place of vacuity as an experience and idea in Christian and Buddhist mysticisms in the work of Cuban writer Severo Sarduy. Both talks went to show that, faced with the crisis of legitimacy in poetic and literary discourse at the end of the twentieth century, drawing upon the vast repertoire of the religious imaginary did not necessarily imply returning to religion as the foundation of aesthetic experience: “Almost all mysticisms are based on the negation of that which exists. Is earthly spirituality not possible?” Rafael Cadenas would write in Dichos. Pondering Cadenas’s poetry—and, to a large extent, Sarduy’s—allowed me to align my lectures with the spirit of a series conceived to honor the memory of José Antonio Ramos Sucre, and to contribute to the circulation of his poetic work beyond our borders.

I am unaware if it continued to be possible to combine this double vision in Salamanca—a Venezuelan vision of Venezuelan literature and a Venezuelan vision of Latin American literature—but I am aware that other Latin American intellectuals, such as Adolfo Castañón of Mexico and Julio Ortega of Peru, passed through to share their thoughts on Venezuela’s writing. In this sense, the lecture series represented a critical moment of internationalization, which projected the Venezuelan corpus toward new horizons and allowed for matrices of interpretation beyond the control of Venezuelan institutions. Today, this aspect still strikes me as essential, if we consider that a culture reaches maturity through its capacity to dialogue with others, and through understanding that—just as in the case of individuals—when the other looks at you, they see many traits unknown to yourself. If I had to highlight one achievement of the lecture series, I would cite, as much or more than the promotion of Venezuelan literature itself, this test of otherness that opens up the Venezuelan corpus to other readings. This is one of the series’s most enriching contributions, and the long list of theses written in Salamanca on Venezuelan authors over the past three decades serves as irrefutable proof.

For the young scholar I was at the time, the chance to give talks at such a university was an undeserved honor I still recall with pride, which gave me the opportunity to exchange opinions and points of view with not only students but also numerous Spanish, European, and American colleagues who attended. One of Salamanca’s many advantages is its offering the visiting professor not only the keen ear of an interested and informed student body, but also that of a wide range of Hispanists from the world over. I remember how the meandering notes I took for my two talks left that encounter covered in corrections and new bibliographical notes in several languages. Thanks to these notes, I was later able to draft my essay “Rafael Cadenas, en busca de una espiritualidad terrena” upon firmer footing; the essay would be published in Cuadernos Hispanoamericanos in 1996, and was one of the first works dedicated to the Venezuelan poet in a Spanish academic journal. Later, in the same journal, I would also publish “La religión del vacío,” a rewrite of my talk on Sarduy.

I would be remiss to conclude this brief note without emphasizing the importance of the Ramos Sucre Lectures Series’s continuity under the tragic circumstances through which Venezuela is presently passing. Today, as around five million Venezuelans have left their country, hundreds of writers and intellectuals have departed for foreign lands. Today, when a no less substantial portion of the cultural field subsisting within Venezuela’s borders lacks the necessary means to carry out research and creative projects, this lecture series might represent, in years to come, both a point of encounter to preserve bonds between the two groups and a space through which to find resources and initiatives to boost the production and circulation of Venezuelan literature. Concord and collaboration are among our principal needs. If this lecture series plays some small part in meeting these needs, our gratitude toward Salamanca can do nothing but grow. 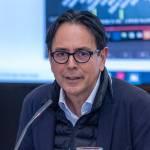 This multilingual novel follows a Colombian teenager’s coming-of-age and coming out.

Uprooted from her comfortable life in Bogotá, Colombia, into an ant-infested Miami townhouse, fifteen-year-old Francisca is miserable and friendless in…

Those who have read Paola Gaviria, known by her pen name Power Paola, probably already know her life story. The new reader who is browsing curiously for the first time through…