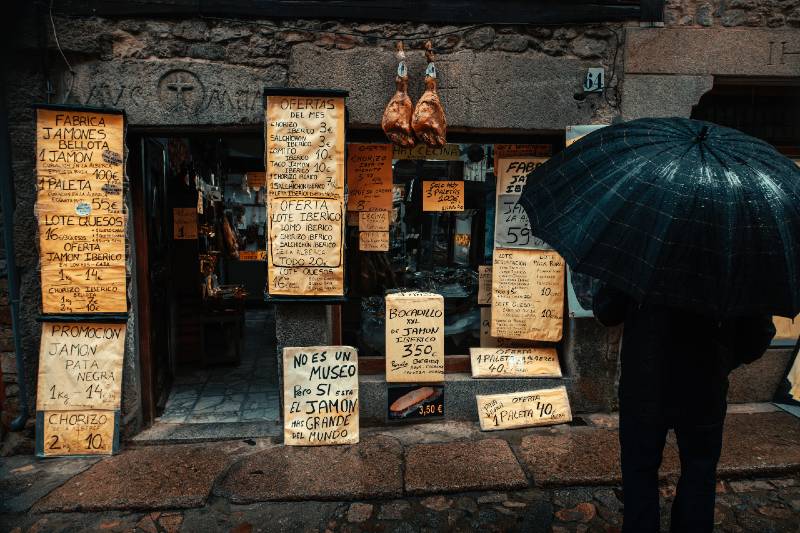 “Now I realize that happiness is not the topic/of a speech, but the speech itself.” These lines by Venezuelan poet Guillermo Sucre (Tumeremo, 1933) come to mind when I recall, from a distance in both space and time, the years that I spent as a student in Salamanca between 2008 and 2014. During those years, the José Antonio Ramos Sucre Lecture Series on Venezuelan Literature played a vital role in my education, one that was so foundational that it ultimately defined my academic and professional trajectory. Through this program, I—a Spanish student who, at that time, had minimal ties to Venezuela and Latin America—was privileged to have access to Venezuelan and Spanish-American culture, so much so that I discovered a spiritual kinship, and, in the end, a vocation.

The lecture series’s activities included an annual conference with Venezuelan writers as well as one or two courses per year in Venezuelan literature, taught by distinguished specialists in the field who came from Venezuelan universities. I remember particularly fondly the first course that I attended in the program, in November 2007. It focused on Venezuelan short stories and was taught by Professor Carlos Sandoval from the Central University of Venezuela, who has been a personal friend since that time. The course was a journey through the history of literary short stories in that country; it began with the nineteenth-century’s costumbrista and fantasy formulations and passed through Manuel Díaz Rodríguez’s modernismo before reaching the midpoint of the twentieth century. Thanks to this course, we were introduced to narrative works that included The Doll Store (La tienda de muñecos,1927) by Julio Garmendia; The Red Spears (Las lanzas coloradas, 1931) by Arturo Uslar Pietri; and classic short stories from that country such as “The Sloop Isabel Arrived This Afternoon” (“La balandra ‘Isabel’ llegó esta tarde,” 1934) and “The Hand on the Wall” (“La mano junto al muro,” 1952) by Guillermo Meneses. Likewise, I fondly remember the Venezuelan essay course taught by Edgar Páez, also a good friend and now the executive director of Biblioteca Ayacucho. Simón Rodríguez, Francisco de Miranda, Simón Bolívar, Fermín Toro, and Mariano Picón Salas are among the literary and political personalities of worldwide renown whom we discovered in that course. While we were discussing and analyzing these authors’ texts, as students we came to understand that Venezuela’s cultural and social realities are much more complex than those of Spain and that the country finds itself in a permanent process of self-definition.

In addition to literature courses, every year, during the last week of November, the program hosts its Encuentro, a conference with Venezuelan writers. The invited writers—normally there are three or four of them—gave a public reading of their texts in several sessions. The department’s professors and fellows, who had read the works in advance, had prepared short essays to present to the audience. For those of us who were just starting out at that time, these presentations taught us to speak in public and helped shape us as literary critics. These meetings were also an unparalleled opportunity for us to learn what literature was being written in Venezuela at that moment and to make personal connections with outstanding authors from that country. During the years that I participated, I was able to meet, among others, writers such as Gonzalo Fragui, a poet born in the city of Mérida who celebrated love and intoxication in his ironic and humorous poetry, and Rosa Elena Pérez Mendoza, a writer of literary crónicas—or “little lies” (“minúsculas mentiras”) as she called them—whose texts blended the cultured and the colloquial, the self and the other, truth and fiction. The presentations that we wrote to introduce the authors were published in the book Voices and Writings from Venezuela (Voces y escrituras de Venezuela [Caracas, 2011]). This publication compiles 51 essays about many other Venezuelan authors who participated in the Encuentros between 1995 and 2010. Among these authors are some of the most distinguished writers in contemporary Venezuelan literature, including José Balza, Luis Britto García, Rafael Cadenas, Elisa Lerner, Eugenio Montejo, Ramón Palomares, and others.

Apart from the academic activities, conversations with professors and writers outside the university were as valuable for us as the classes and literary readings. These chats stretched out for hours in Salamanca’s bars, from tapas to strolling through the city, while we talked more informally about literature and culture, but also about the political situation—and above all, daily life—in their country. These conversations allowed us as students to make very valuable connections between the literary texts and Venezuela’s social reality, and, thus, to come to a better understanding of a country that seemed to us both familiar and mysterious, and that awakened a special curiosity in us. At the end of November, when both the Encuentro and the literature course were ending, all the students, professors, and writers who had participated in the lecture series’s activities would go out to dinner and continue to celebrate until well into the morning hours, normally wrapping up at El Savor, a mythic salsa club, as we had already moved far beyond scholarly formalities.

Thanks to this lecture series’s existence, I focused my studies on contemporary Venezuelan literature. I wrote my Master’s thesis on Juan Liscano’s poetry and my doctoral dissertation, published with the title La última claridad (2017), on Guillermo Sucre’s literary thought. Since earning my doctorate, I have continued researching and publishing on contemporary Venezuelan literature, particularly on Rómulo Gallegos’s Doña Bárbara (1929) and on the works of Mariano Picón Salas published between 1916 and 1935. Last year (2020) I edited the issue “Venuezuelan Poetry in the Twenty-First Century,” which appeared in Guaraguao magazine in Barcelona. Now, in my position as Coordinator of Humanities and Social Sciences at the American University in Dubai, I actively promote Spanish and Spanish-American culture in the United Arab Emirates by organizing university events in collaboration with the Hispanic embassies located in this country. Even for the work that I carry out today, my participation in the program’s activities has played a decisive role.

I cannot end this text without mentioning Dr. Carmen Ruiz Barrionuevo, who was the founder of the lecture series at the University of Salamanca and its coordinator until recently. She tirelessly promoted the lecture series’s activities, and, despite the difficulties that she faced at times in that role, she always remained committed to keeping the courses and the Encuentro moving forward. She truly understands the value of Venezuelan literature and knew how important it was to maintain this lecture series, both for the University of Salamanca and for the students in the Master’s and doctoral programs in Spanish and Spanish-American literature. I want to thank her specifically for my participation in the lecture series’s activities and for the generosity and trust that she always showed me. I hope that her legacy will continue. Likewise, I want to take advantage of this opportunity to mention my peers in Salamanca who participated regularly in the lecture series’s activities and contributed to its success: Francisca Noguerol, María Ángeles Pérez López, Eva Guerrero, María José Bruña, José Manuel González Álvarez, Vega Sánchez Aparicio, Carlos Rivas Polo, Catalina García García-Herreros, and Luislis Morales Galindo. Finally, I hope that this text encourages other universities, following the University of Salamanca’s example, to establish similar lecture series, and affords the very valuable—but, unfortunately, globally under-recognized—Venezuelan literary tradition a greater presence in other universities, so that it may make a difference in other students’ lives. 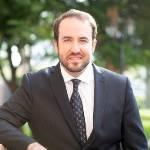 Ioannis Antzus Ramos (Madrid, 1984) earned his doctorate in Hispano-American Literature at the Universidad de Salamanca and his undergraduate degree in Hispanic Philology at the Universidad Complutense de Madrid. He currently works as Coordinator of Humanities and Social Sciences at the American University in Dubai. His academic area of specialization is contemporary Venezuelan literature. He is author of the book La última claridad (Universidad de Murcia, 2017) on the literary thought of Guillermo Sucre (1933-2021). He recently published the articles “Doña Bárbara y lo político” and “El pensamiento juvenil de Mariano Picón Salas (1916-1920).” He is co-editor of the volume Voces y escrituras de Venezuela (Caracas, 2011) and editor of the dossier “Poesía venezolana en el siglo XXI” (Guaraguao, 2020).

by Fernanda Melchor
That’s how it all began, he’d tell them. A few days later, when they got plastered again with the money fatboy lifted from his grandparents and passed on to Polo…

I Don't Laugh At Death

Nobody knows if the urn belongs to the funeral home or the district attorney. The first time I came, I didn’t want to get close. I stayed just outside the…

We were in the middle of rehearsal one afternoon for a work in progress based on the aesthetics of the dramaturgy of space.