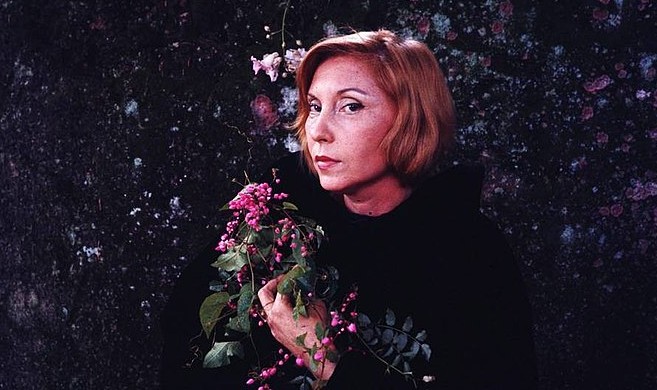 I see words, they taste of flesh

Every time I dive into one of Clarice Lispector’s texts,
I get the feeling that it’s breathing, that it was written moments ago just for me, that it’s raw. The
things it reveals seem recent. As if the narrator had the idea moments ago and needed
to give it flesh so that I could taste it.
Perhaps writing is nothing more than arresting time, or perhaps it is that voice that breaks
through to name what it has just seen before it disappears. Past and future happen in this
moment. Writing is thus not for the sake of lying but rather for finding the truth in what has not
yet been thought. So we can see in a new way the thing we thought we understood before
playing it out. Writing is a performance of the way the world sounds. How it’s played. With what
words. “Every thing has a moment in which it is,” she writes in Água Viva. “I want to
take control of the is of the thing.”
Reading her makes me dizzy. It’s like looking into a well in the process of being dug.
The question of time, its becoming, is cast in doubt.
“There is no gap between me and the present moment.”

Out of all her work, every now and then I return
to The Passion According to G. H., to Água Viva, and to The Hour of the Star. That is,
to her final period. The texts, genreless, undefinable, compress the minuscule as they open up
space. Tension trembles between the nucleus and the universal. Against the idea of a circle, of
something finished, Lispector is pure rhizome, deluge.
The first person unleashes her curiosity over an object/subject that has entered into her field of
interest, which she wishes to understand with her entire body, to be pierced by it and born again
as another. The narrative voice never ceases to question, from a place of absolute orphanhood.

So that she will not fall,
from the start the narrator of The Passion According to G. H. asks the reader not to let her go, to
follow the route of her hand. She asks this personally of the I who reads:
“Meanwhile I must cling to this hand of yours.”
So I give it to her, unable to ignore the request. We go together into the dark, and thus hell
becomes less alone. The pleasure of the journey exceeds the darkness, because an
idea is a flash of intelligence, even if it hurts.
“I, alive and sparkling like the instants, light myself up and snuff myself out.”

For language to lead off the beaten track,
for the space of the page to be time, body, memory. For words to be arranged
in a new way. To say them as if for the first time. Writing requires words that, as we know,
preexist that which they name, words already born, with their own
baggage and shadow.
Lispector’s writing knows nothing of genres or types. Not even of itself,
until it appears. The prose is contaminated with poetry, what is human and what is animal are
contiguous confabulations. She invents her bestiary while coming up with an excuse for writing
to become a cross between animalistic acts and human invention. The animal behaves like a
person, but being a person is out of reach.
“The cockroach had no nose. I looked at it, with its mouth and its eyes: it looked like a
half-breed on its last breath,” The Passion According to G. H.

In Água Viva the idea
is to write with the whole body. In The Hour of the Star she circles back to this idea, which she
had already treated hyperbolically: “And, since she’d half-closed her bleary eyes, everything
became flesh once more, the foot of the bed made of flesh, the window made of flesh, the suit
made of flesh her husband had tossed on the chair, and everything nearly aching (“Daydream and
Drunkenness of a Young Lady,” Family Ties, tr. Katrina Dodson).
Lispector tries out different forms for each text. Each fragment of Água Viva is
like the grass of a divided garden, the silence produced on the edge.
“The day seems like the smooth-stretched skin of a fruit.”
Without a chronology, association substitutes for traditional structure. Freed from
banal description, the narration advances like a hungry flower. This is how the voice is
constructed, without character. Character is word.
“I don’t want to have the terrible limitation of someone who lives off of that which is liable to
make sense. Not me: what I want is an invented truth.”
Água Viva was eating herself, losing the flesh of the draft.
Depersonalized, almost naked, the clothing was language.

There is a poetic and philosophical awareness of fate
in her work that becomes more unsettling when the plot becomes secondary.
Characters who play themselves, who imitate themselves, as if they exist. People
lost in their bodies, who come back through a certain act. A lack begets a transfiguration, a
recovery through language:
“The good thing about the act is that it goes beyond us.”

And then there is the fictional treatise
that is The Hour of the Star. Which also functions as a diary:
“I write because I have nothing better to do in this world: I am superfluous” (tr. Giovanni
Pontiero). Where the narrator decides to be the kind of narrator that dedicates the book to itself,
to its nostalgia. Cross-dressing as a writer, as a northeasterner, she undertakes the story of how to
narrate from the starting point of a minuscule fact. A story “in a state of emergency and public
calamity” that puts the founding principles of fiction into question. From the first problem: how
to start, if the world is previous to every story and one is always coming late to it. The things that
come before the story of things.
A narrator who wants to plainly tell a tragedy that doesn’t belong to her. With a central character
who is a woman without attributes. Deheroized, interchangeable typing, according to the one
who invents her, who lives without recording, carried by the events, divorced from herself.

Those who resist reading Clarice Lispector
have a good excuse: it’s uncomfortable. Those who think a story should behave like a larva that
is born, grows, and is abandoned will feel certain losses. Those who are stuck on the sound
imitated by reality in some texts will find it unusual. For its excesses they may judge it
self-involved. For its disregard of descriptive language, illegible. There are those who write
structures, stories with certainty, looking out of open windows or fascinated by the mechanisms
of the text as if it were a toy. There are those who conceive three-dimensional characters or flat
ones, ones with or without psychology. There are confessional first-person voices or
disconnected third-person ones. There are those who break through, those who fit the mold.

What flows in Lispector is not consciousness
but unconsciousness, abstraction. The body’s knowing is lifted up in the words as if they weren’t
of this world. The foreigner is quickly localized by the foreign. Living is not understood. The
language is sometimes clipped. When there is an attempt to affirm an idea without physically
trying it out, it fails.
Lispector wishes to be read by “people whose souls are already formed. Those who know that an
approach, to anything, is a process that happens gradually and laboriously—traversing even the
opposite of the thing we are approaching.”
She presents herself as an amateur writer, fleeing from the category of the professional.
Someone on a trial period. Someone who takes up the uselessness of responding before and after
about what has been written.

What is time, what is phenomenon, what does eternity taste like,
what color is fear, what does I am mean. Who inhabits me. The surprise of being initials on a
suitcase, wanting to try the inhuman. Here are her plans.
“Out of water, the fish was form,” she says. Who could refute her.

In reading her, I find my own writing, the writing that precedes
its reading. Ideas I considered my own that she tried out long before, revealing that they were not
only mine but that they belonged to a previous universe that changes body and place, never
possessed by anyone. There are questions that are thresholds of creation: the foul, the word as
piece of flesh, the fear of delighting in the terrible, the joy of abandoning yourself to the beast
you can sense under the perfected outward-facing mask, the aspiration for the discourse to find a
new form. A familiar poetic field that she takes to extremes and that forces me to inscribe my
own act of writing in a lineage. Everyone puts together the necessary album. She was in mine,
even if I didn’t realize. Either way, reading her makes me possible. And I know I don’t happen
alone.

Translated by Will Morningstar 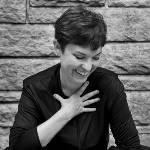 Fernanda García Lao is an Argentine novelist, poet, and playwright, known as “the strangest writer in Argentine literature.” She was born in Mendoza, Argentina in 1966, but lived in exile with her family for almost fifteen years. Fernanda received her education in Spain, studying acting, music, and journalism. When she returned to Argentina, she trained as a playwright and director. She is the author of several novels, plays and two collections of short stories. Her work have received high praise and have been translated into French, Portuguese, and Italian. At the Guadalajara Book Fair 2011, García Lao was named one of the “25 best kept secrets in Latin American literature”. Out of the Cage (Deep Vellum, 2021) is her first novel in English.

The assertion that a great number of the inhabitants of our planet experience the world through interactions with digital environments is, at the close of the second decade of the…