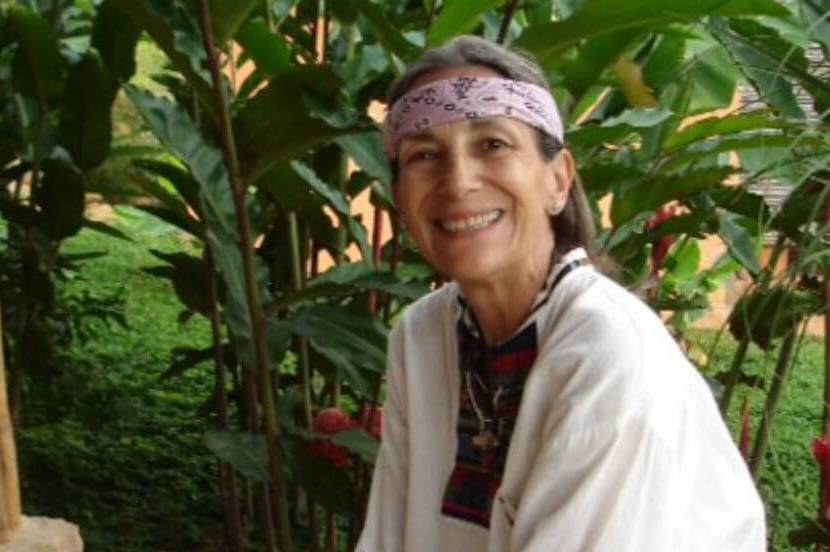 Introduction: An Invitation to Enter the Narrative World of Albalucía Ángel

Albalucía Ángel was born in Pereira in 1936 and has been publishing novels and short stories since 1970. She is one of Colombia’s greatest storytellers, but her work remained unknown for a long time, forgotten by publishing houses and erased from literary circles. For the past two decades, local readers have rediscovered her thanks to the work of researchers and readers who never stopped talking about Albalucía in academic contexts.

Each of this dossier’s essays attempts to figure out the inner workings of Albalucía Ángel’s literature from different angles. Alejandra Jaramillo puts together Ángel’s portrait by tracing the trajectory of her constant traveling across different countries and different worlds: from Pereira to Bogotá, from Colombia to Rome, then to Spain, France, Chile, and so on, to increasingly varied and unpredictable destinations. Those travels also meant different writing routines and constant transformations in her involvement with the literary world. Jaramillo’s portrayal and the interview titled “Albalucía In Her Own Words” can be read back-to-back. In the latter, Ángel discusses her relationship with Boom writers (who never quite acknowledged her as a peer). She also offers a peek into the writing process of books such as Estaba la pájara pinta sentada en el verde limón (1975) and Girasoles en invierno (1970). These two texts from the dossier are also key in so far as they show how Albalucía Ángel’s books fell into oblivion for decades, until recently, thanks to the initiative of independent publishers and the sustained efforts of professors and writers.

Aleyda Gutiérrez’s piece explores the complex and multifarious point of view Albalucía displays in the books that came out between 1970 and 1984. Gutierrez’s text summarizes exactly the narrative pacts in that first set of works. These works are characterized by intense experimentation with fragmentary writing and the use of varied narrators without a clear hierarchy among them to dissolve traditional plots. Gutiérrez emphasizes how these aesthetic features in fact inquire into and bring forward the voice of thought.

In turn, Manuel Briceño presents a bold reading of Los cuadernos de Arathía Maitreya (1984-2002), a work not yet published in its entirety. The crossing between literature and mysticism is the essay’s explicit theme. The author proposes mysticism as a unifying idea behind Ángel’s published and unpublished work. In her work, he claims, she deepens her search for a “pristine tone” already evident in her first novels.

Lastly, Jineth Ardila writes about what might well be Ángel’s most read text, Estaba la pájara pinta…. She suggests a bold interpretation of the novel’s chaotic and demanding structure by comparing it to the Wheel of Samsara—a reference to India’s philosophical traditions mentioned “casually” by the novel’s protagonist. The Wheel of Samsara is, according to Ardila, a fundamental clue to deciphering Ángel’s narrative enigma.

We hope this dossier brings more readers into Albalucía Ángel’s narrative world. I believe a clear proof of her work’s relevance is the way it captivates the contributors of the present issue. The ability to dissent and inquire into everyday experience, the constant search for wonder, and an intense gaze are a common thread both among the essays in the dossier and Albalucía’s readers in general.

Lorena Iglesias Meléndez (Valledupar, 1984) is an editor and translator. She formerly taught classes on literature, Spanish, and academic writing in large and small institutions in Bogotá and the United States, where she moved in 2013 in order to complete a doctorate. She is currently dedicated to reading about feminism, anarchy, the abolition of the family, and criticism of work. She lives in Bogotá. She writes for the blog bilinguadas. 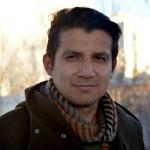 Óscar Daniel Campo Becerra was born in Barrancabermeja, Colombia in 1985. He is a writer and professor. Días hábiles (2020), his first novel, was recently published in Spain and Colombia. In 2013, he won the Ciudad de Bogotá Award for the short story book Los aplausos (2014). He coordinated the writing and publication of two collective books of historical memory along with a grassroot organization: Vidas de historia: Una memoria literaria de la Organización Femenina Popular (2016) and Escrituras del desarraigo: Historias de vida, Floridablanca-Santander (2019). Since 2018, he has formed part of the Museum Advisory Committee of the Museo Casa de la Memoria de las Mujeres y de los Derechos Humanos. Currently, he is writing a doctoral dissertation on Latin American unfinished novels at the University of Illinois at Chicago. In this same city, he was part of the organizing committee of the third Feria Latinx del Libro (2019). He is cofounder and editor of the independent publishing house, Himpar Editores. 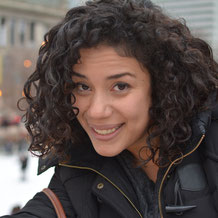 Lorena Iglesias Meléndez (Valledupar, 1984) is an editor and translator. She formerly taught classes on literature, Spanish, and academic writing in large and small institutions in Bogotá and the United States, where she moved in 2013 in order to complete a doctorate. She is currently dedicated to reading about feminism, anarchy, the abolition of the family, and criticism of work. She lives in Bogotá. She writes for the blog bilinguadas.

The 21st century has brought with it a new trend of publishing literature in Spanish within the United States. In the last few years, a certain tendency has been noted…