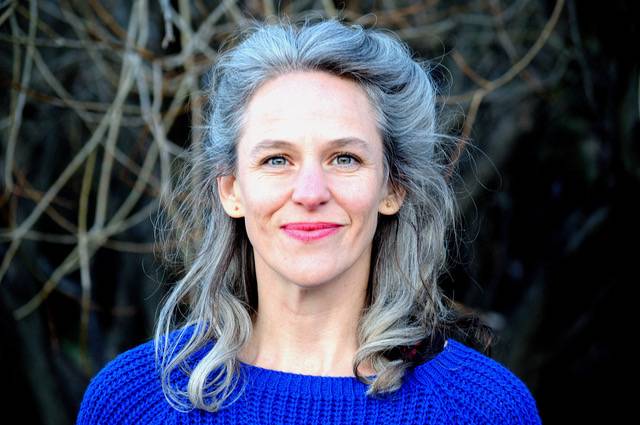 Things I Discovered through the Process

The task of the translator consists in finding the particular intention toward the target language which produces in that language the echo of the original.

The intention of the poet is spontaneous, primary, manifest; that of the translator is derivative, ultimate, ideational. For the great motif of integrating many tongues into one true language informs his work.

Walter Benjamin, “The Task of the Translator”

The book, the end result once translated into another language, belongs to the translator. As a poet whose work is being translated, one can only intervene when one feels their original intention is not being respected. Surprisingly, the translator will often opt for an unexpected linguistic turn of phrase, or for a word that is part of a determined idiolect. They will have their reasons, and a poet must confide in their translator. This is why the relationship formed between the two couldn’t be closer.

A slight air of conspiracy emerged between us, a sort of intimacy. We both had to make an effort to think in terms of the other one’s language, while also turning back to defend our own language.

I recall a short essay by Anne Carson, “Variations on the Right to Remain Silent”, in which she says “Every translator knows the point where one language cannot be translated into another.” For Carson, this proves that “languages are not sciences of one another, you cannot match them item for item.” Once we can rule out that the intention behind translating a poem is its communicability, once we can agree in advance that the poem will never be the same as the original, this is when sonority can take on more significance than meaning, or vice versa.

Perhaps it is only by translating from one language to another that untranslatable expressions appear, and this reveals the specificity of poetic language. As the poet Circe Maia says, “the word ‘translation’ itself is misleading, by assuming the notion of transferring something from one side to another, for example the poem itself, from one language to another, and naturally this doesn’t make any sense.” Ultimately, the key is not understanding that some things will not be transferred, but rather accepting that, in the end, nothing is actually transferred.

In my case, being translated gave me the chance to realize the importance of the image in the poems I write. In the poem, “Love Might Arrive, Later”, faced with a question by Maureen about whether “sueño interrumpido” referred to a couple whose future project together was ending, I did have that in mind, but what was really more important to me was the physical image of disrupted sleep in the poem, not the intangible idea. I wanted to show the image of a couple in bed together, and her waking up several times throughout the night because she can’t sleep. This meaning of sueño is something concrete, like the English word “sleep” as opposed to the other meaning, “dream”. After discussing the double meaning with Maureen, I decided it was more important for the reader to visualize the image of someone tossing and turning during the night, and if that meant losing the idea that the couple’s project was ending, I was okay with giving that up.

Carson said “There is something maddeningly attractive about the untranslatable”. Personally, translating and thinking about translation problems remind me of solving mathematical equations, integral and differential equations to be more precise. I am reminded of when Hölderlin called translation “a salutary gymnastics of the mind”. Thinking back to our collaboration, we drove ourselves nuts looking for a “solution” to the English word “crave” that I used in the poem “The Logic of Accidents”. “Crave” is one of those English words that doesn’t have such a straightforward translation, like “saudade” in Portuguese. For me, words like these have a physical connotation.

When one translates the mind enters into a different state in which the common impressions of reality become deformed. Translating, like dancing, enables one to purely inhabit the moment, a here and now in which only exist the original poem and the poem that will become the end result.

Translating also means embracing the fact that one is going to lose. In addition to the transmissible, all languages possess something impossible to transmit, something that bobs around in your head with no resolution in sight. “The translator must first focus on creating a similar effect in our language, taking great care to maintain the architecture of the stanzas, despite the extreme complexity of the images,” says Circe Maia. But translating also means confiding in language, trusting that the translation will help us to open up our senses. In the poem “All Leakage is an Illusion” we tried to find the right translation for fuga, so that in addition to an electrical leakage, it would also reference the idea of escape that comes from nominalizing the verb fugarse, to escape. We are both highly aware that these double meanings (or lack thereof) are always lurking about. In English there is no single word that can suggest both meanings at the same time, there is no way to allude to this semantic ambiguity. We finally accepted this defeat: in English we could not find the ambiguity that this verb has in Spanish and we decided to respect image rather than idea, that is, only the electrical sense of the word fuga remains, not the idea of escape. Again, image in my poems takes on more importance over the ideas.

Perhaps the ultimate example of how translating is impossible could be illustrated by London-based poet Caroline Bergvall experimental performance poem Via, which includes forty-eight versions of the translation of the first three lines of “Inferno”, from Dante’s The Divine Comedy; none is exactly the same as any other. Translation could be an infinite exercise. Having access to a living author when we are translating is perhaps the only thing to help us reduce the endless possibilities.

Translator Maureen Shaughnessy, who translates Nurit Kasztelan in this issue of LALT.

Maureen Shaughnessy’s translation of Hebe Uhart’s selected stories, The Scent of Buenos Aires (Archipelago Books, 2019) was shortlisted for the 2020 PEN Translation Prize. Her translations have been published by AGNI, The Antioch Review, Asymptote, Brick, The Paris Review, Words Without Borders, and World Literature Today. She lives and works in Bariloche, Argentina.

Fragments from Vision of the Children of Evil

We’re a family of four. I sleep very late because I’m an insomniac. Sometimes I only manage to fall sleep around four AM. At six I’m already up and tending…