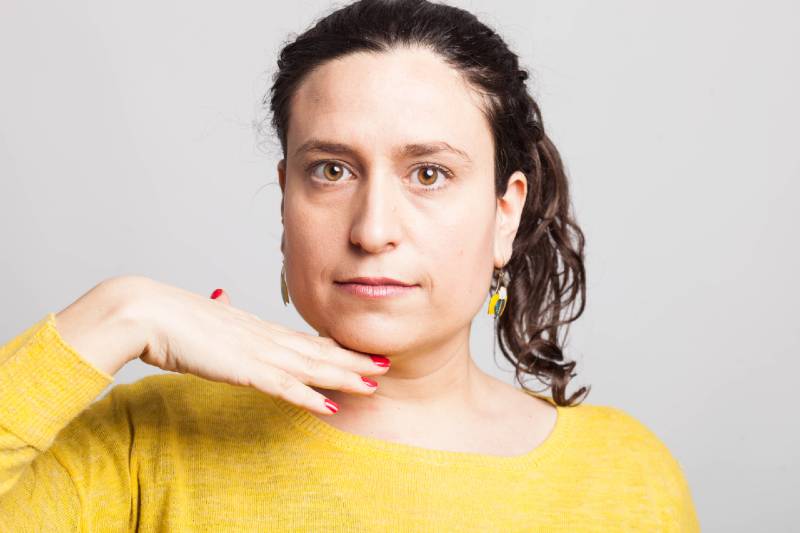 An Exercise in Intimacy

One day Nurit calls me to discuss my translation of her poems. Our conversations are always rapid-fire, cut-to-the-chase. We worked against the clock in our first collaboration, which created a positive tension between us. Nurit introduced me to Google Docs, giving us the chance to edit simultaneously. No dilly-dallying. Fifteen poems in one week. Our relationship formed like a fire that lights easily and burns big and hot.

“Can you read the poems to me,” she says.

“Right now?” I answer. We are just days away from submitting Awaiting Major Events, a selection from her two books, to the editors of a US-based poetry press, and our calls have become non-stop, about little tweaks: line breaks, prepositions, commas, choosing between synonyms.

“I want to hear how they sound.”

“What, now? Here?” I look around the intimate coffee shop where I’ve set up camp today. It’s just me, my computer, my cappuccino, and a spectacular view of snow-topped Cerro Catedral out the window. My barista stands ready at the counter behind me and there is other one customer. I live in a small town so the lady sitting at the table next to me quietly jotting something down in a blue flower-print notebook also happens to be my yoga teacher. I smile and nod at her now. She’s obviously eavesdropping.

“Both the Spanish and the English?”

I clear my throat and that’s when Nurit’s poems really become mine for the first time. Now I have to own them—my choices. Firmly. Own the way the words slip off my tongue—or stumble off, as some lines do (and unsurprisingly these are the patches I still frown at when reading them to myself in my head). The problematic sections have been revealed so naturally and quickly in this impromptu reading—let’s call it my first poetry reading. I feel exposed.

“Now read that one again, but this time let me hear ‘el sueño interrumpido’ translated as ‘disrupted sleep’ instead of ‘broken dreams’.”

This is how Nurit and I make our final decisions. After much deliberation over the double meaning of her word choices, realizing no one word-choice in English can justly provide us with the same weight, after brainstorming possible solutions that are true to either image or idea—as Nurit puts it—but not both, we often make our final choices based on the way the poems sound out loud.

Reading aloud is a great technique, and helped us specifically because the voice in Nurit’s poems is so colloquial, like that of a friend or lover sharing a slice of their worldview with us. I found the need to treat them almost as a monologue.

Getting the chance to work so intimately with an author and translate her poems has been a gift. Sometimes all I had initially was an image to grasp onto, and she then filled in the details behind the image, deconstructing the poem for me, revealing the idea behind it. Sometimes when I was unsure about which path to take, I gave her two choices, painstakingly explaining the connotations behind each word in my language, but she just sighed and said, “Bueno querida, you decide, you decide. I like them both.”

“But the two words are so different. They’re like night and day. They mean different things. Invoke different images.”

“Think it over… Whichever one you choose is the one I like the best.” We were writing new poems together. Nurit was willing to give up something of her own, let it undergo a change, and become something new. Her vulnerability made the translation process more exciting and has encouraged me to let down my guard as a translator, ask my authors more questions, and ultimately put greater trust in the legitimacy of a translation becoming a new work of its own.

Writer Nurit Kasztelan, whose poems are translated by Maureen Shaughnessy in this issue of LALT.

“Storytelling Can Create Empathy Beyond Sentimentalism”: A Conversation with Valeria Luiselli

Fiction can become extremely political, it can even become an agent of political change, but I think a novelist can never have the intellectual arrogance to think that his or…