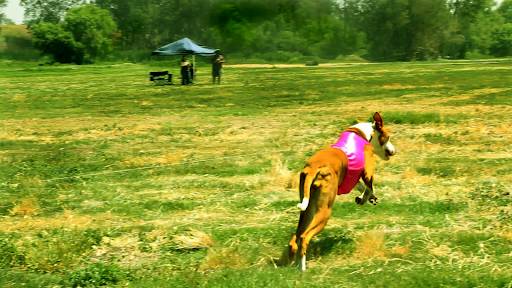 Skopos: The Inexistence of Coherence and the Impossibility of Defining Fidelity: A Theory of Translation of the Work of Mario Bellatin

Every bead is a fine dog in the hands of Allah.1

The canine world is a blurry world.2

All love begins with a memory of an imagined love, sentimental and picture-framed or not.3

Excessive consumption of anything is poisonous.4

Agave has been compared to shipwrecks, pineapple, skeletons, jellyfish, even the final explosion of human suffering. But not the tail, the three paws on gravel, one leg raised half twisted, and the hanging testicles of a hound.5

Two animals, two mammals, two bodies joined in a bowlegged dance, one hunched over like a twisted old man and the other standing like a soldier, dressed for sport like a knight’s horse; a miniature horse, a giant horse, overgrown, murmuring its wants.6

The weight of the jumping dog is negotiable with gravity; the weight of judging another species is not.

His legs fold and intersect, like a pretzel. His tail follows him—obviously—like the fisherman’s nets follow the boat.7

1 The collector counts them with the practiced apathy of the jeweler, asking them if they are his own.

2 One could ask, “What kind of world isn’t?” But the canine eye is a live marble, half a meter from the ground, subject to a great many pressures along with its susceptibility to various illnesses and infection but often with no opportunity for ophthalmologic treatment.

The collector’s oldest dog has one eye completely clouded over with liquid from the ocular muscle—the rain never comes and the parched land tortures him with a nostalgia for the dog’s younger days, when she looked like a rabbit running through the tall grass at the park.

3 As a boy the dog collector tried to take a photo from the street of the interior garden of some Buddhist neighbors, where it was said they kept a couple of lions. The woman, who looked somewhat like the collector’s grandmother, as if they were distorted twins, saw him, sitting on the sidewalk across their residential street, and invited him inside. As he entered, she asked him, with a strange mix of pride and reserve, if he wanted to see the lions. He nodded, and they walked in silence to the terrace at the back of the house, where there were two lions in a cage and a tail-less labrador the lions thought was their mother. The male had chewed the dog’s tail when he was a cub, playing, and it had gotten infected, she explained to him. Now they have a lot of respect for her. The cage looked like one from a zoo, but with no protection for spectators. One could easily put one’s hand inside, and that’s what the collector did after seeing the Buddhist do the same. This happened in Cuautitlán Izcalli. Before, she and her husband—a shriveled little man, also a Buddhist, with a big Mexican mustache, the only part of his body that didn’t look like it was made of dust—had owned a tiger, but a rabid rat had bitten it and they’d had to shoot it to death. And what, he asked them, had they done with the tiger’s body? Well, we didn’t eat it, they told him, laughing—we made a rug from the skin and we burned the rest in a Buddhist ceremony so his first bardo would begin. At night they would let them out in the garden behind the house. The lions would howl, even trying to bark out the labrador’s song. I don’t know why they cry, said their owner, since they have everything they need.

4 Collecting does not mean accumulating, reads a sticker the collector acquired once at a show. A mistake cannot be fixed with another. It’s the same with hounds.

5 The collector also has to piss. The hound’s testicles fill him with violent disgust. His throat contracts.

6 Be fast, keep your eyes on the decoy, run baby, come, I love you, good dog, you’re a good dog, after this I’ll give you a treat, good girl, be fast, okay? the collector read on the lips of the trainer. With a dog it’s enough to say I love you and mean it, he thought.

7 And the collector never told anyone about the Maltese.

Translated by Will Morningstar

David Shook is a poet, translator, and editor who divides their time between Northern California and Northern Iraq. They have translated more than 15 books from Spanish, including work by Mario Bellatin, Tedi López Mills, Jorge Eduardo Eielson, and Pablo Jofré. Since they founded the nonprofit publishing house Phoneme Media in 2013 they have edited translations from 26 languages into English, including the first ever book-length translations from Lingala and Uyghur. A translation of their first collection, Our Obsidian Tongues (2013) was just published in Chile by Los Perros Románticos (tr. Pablo Jofré) as Lenguas de obsidiana, and they are finishing their second collection, written in Spanish, Atlas estelar.

“That voice was heard and then it was gone, it began and it ended; its syllables thundered and were heard no more, the second behind the first, the third after…

Any collection or poetic selection of an anthological nature, however brief it may be, will always be a curatorial exercise that should be aware of its precariousness: wishing to be…