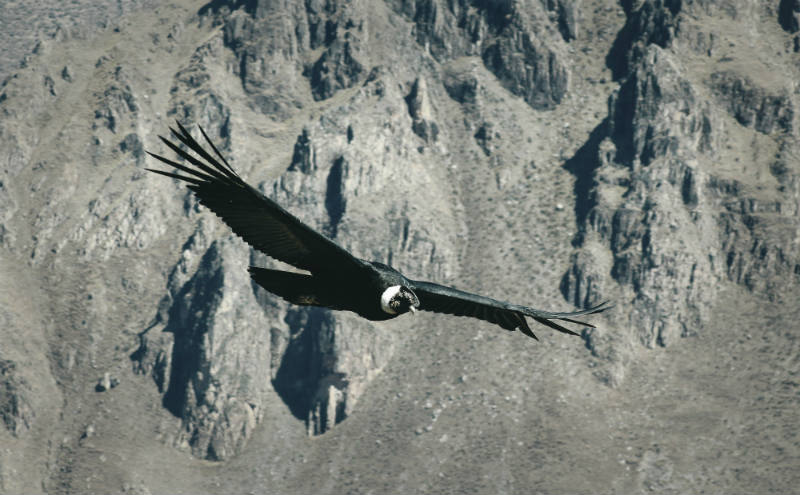 Poetry is an experience of language designed to think-feel the present, a philosophy built to introduce us to the world. Edwin Lucero Rinza writes Quechua poetry in order to think-feel Quechua culture, to make philosophy of the many worlds that exist within it. When I first heard of Edwin and his poetic work, there were two details in particular that drew my attention: the fact that his was the first verse collection written entirely in Northern Quechua, and the fact that his book offered no translations from Quechua to Spanish. At first, these decisions led me to feel concern for the commercial success of Lucero Rinza’s book: even poetry books written in Spanish are hard to sell in Peru, so my expectations for a book written exclusively in Quechua were less than optimistic.

A few days later—coming as a relief to my economic concerns—I was able to meet and interview Edwin. The answers to my questions were detailed and surprising. Edwin had written and published a book in his mother tongue, and he wanted the reader to make the effort to understand, to invest time in translating and grasping the lyrical meaning of the verses of Runapa Ñawin (2018).

In this brief article, I would like to explore two ideas that were especially appealing to me as I read the collection: a new, contemporary perspective on the issue of cultural translation, and the possible role of Quechua poetry as a means of questioning the limits of poetic genres. Through these ideas, I find that Lucero Rinza’s poems engage in a dialogue, relating to the greater Andean tradition of Quechua poetry as much as to present-day concerns emerging from the aggressive advance of extractive capitalism in Latin America.

Edwin Lucero was born in Kañaris, in the Lambayeque Region of Peru, to Enrique Lucero and Felicia Rinza. A native speaker of Kañaris Quechua, he works as an activist for his culture and studies Bilingual Intercultural Education at a university in Lima. He hopes to become a teacher for the youth of his Kañaris nation, a culture that, in spite of having often been ignored or marginalized by the coastal-centric country of Peru, has resisted and persevered. According to the Ministry of Education’s National Document of Indigenous Languages of Peru (2013), Quechua is one of the 47 indigenous languages currently spoken in this country. Within this linguistic family, Northern Quechua is a variety spoken in the northern regions of Peru by more than 23 thousand people, as well as in southern Ecuador. As a variety whose study and use in writing has been infrequent within national discussions, Kañaris Quechua represents a repository of wisdom and knowledge of a world still largely unknown to outsiders.

Runapa Ñawin is written entirely in Kañaris Quechua, offering the reader no translation to any Western language. Nonetheless, the author has agreed to translate three poems into Spanish, for their publication in Latin American Literature Today, along with their respective translations into English. It is important to emphasize this linguistic issue: the readers of this brief dossier should understand that their experience is not the one originally conceived by the author, and it is therefore, to some extent, arbitrary. The experience of the book as a complete poetic achievement should begin, in reality, with the perception of the book as an object and of its pages, with the confusion a non-Quechua-speaking reader feels when faced with poetry written in Quechua. I see Lucero Rinza’s linguistic decision as a decolonial act, telling us that writing in his language means neither explaining nor being-explained, understanding explanation as an act of deference that the supposedly subaltern culture must present to the hegemonic culture.

The avoidance of translation as a refusal to explain can be understood, then, as a decolonial and anti-ethnographic act: poetry that knows itself to be sovereign and that understands itself as a product of a consistent, coherent world. Readers of Spanish must do the work of translation in order to understand the poetry, just as they must face the consequences of this personal translation in the construction of their own knowledge of Quechua worlds: knowledge they will know is not ethnographically complete. Edwin’s decision resonates with the concerns of Peruvian writer José María Arguedas, who asked himself in Diamantes y pedernales [Diamonds and flints] (1977): “How can I describe these villages, towns, and fields: in what language can I tell the story of their life? In Spanish? After having learned, loved, and lived through the sweet heartbeat of Quechua?” Arguedas offers an answer to this question, in Tupac Amaru Kamaq Taytanchisman Haylli-Taki (1962), with an invocation of writing: “[…] I beg of those who have a greater command than I of this language: write. We must grow our Quechua literature, especially in the language of the people; although the other, the language of lords and the learned, must be cultivated with the same dedication.”

When discussing the possibilities of a linguistic translation that serves, at least, as a form of multicultural communication, we tend to think of the often-cited line from Arguedas in which he explains his conviction that Quechua “is a more powerful language than Spanish for the expression of many states of the spirit and, above all, the mood: it swells, inspires, inflames” (1962), which is often used to argue that Quechua is a language of intense emotions. This emotional potency is not isolated: we should also remember the political dimension that is inseparable from the aesthetic project of Arguedas’s Quechua writing. The aesthetic side grows out of political decisions, just as political decisions grow from editorial decisions, like the refusal to translate or the call for readers to come up with their own translations. These decisions lay the groundwork for a contemporary aesthetic and political articulation of Quechua, in which linguistic translation holds back the possibilities and limits of cultural translation.

But translation is the entryway to a larger discussion, in order to question our supposedly “common” sense and to explain to ourselves that the emotional potency of Andean worlds also implies a politics of the earth, a coexistence of many worlds in which nonhuman beings with agency and intentionality also intervene politically. In synchrony with this project, the Quechua verses of Lucero Rinza express particular conceptions of the narrative and the poetic, the viscous border between these two aesthetic forms, and the distance that can exist between testimonial knowledge and knowledge transmitted by other people or other worlds beyond the human. As Catherine Allen explains in “Time, Place and Narrative in an Andean Community” (1993), Andean poetic-narrative worlds include genre categories that do not coincide with our notions of plot and lyricism. We have the kwintu (from the Spanish “cuento,” or short story), as opposed to narratives characterized as chiqaq (“truthful”), sut’ipi (“evident,” “transparent”), and kunan (“current,” “of the present”). The difference between these categories is based not on Western divisions between the historical, the mythical, and the entirely fictional, but rather on criteria of temporality. So, for example, kwintu express events that have taken place in a radically different time-world, in a past so distant that it loses influence on the human present, while the chiqaq refers to events that took place in the near-present, events witnessed by the speaker or reported by a nearby witness.

On the other hand, the Quechua poetry of Runapa Ñawin makes reference to Quechua lyrical genres that are already well known. Two poems that accompany this essay, “Pachakamak” and “Pachamama” [Mother Earth] correspond to what Regina Harrison, in “José María Arguedas: El Substrato Quechua” [José María Arguedas: the Quechua substrate] (1983), called the poetry of a “cosmic solitude,” a genre in which the lyrical voice and the referenced subject are combined in verses that oscillate between song, prayer, memory, and inner meditation. On the other hand, “Ayaq Tuktu” [Black Flower] and “¿Imataq Kanchik?” [What Are We?] echo with the romantic poetry of the harawi songs that Antonio Cornejo Polas has analyzed in Escribir en el Aire [To write in the air] (2003), as well as the musical lyrics of huayno music and the sad norandino songs. The encounter between Quechua oral literature and popular Andean literature takes on new meaning within a new format in which Quechua poetics lend potency and spirit to the encounter between the lyrical voice and nature.

I would like to end with another important detail. Edwin is twenty-four years old and, as I mentioned above, he defines himself as an activist for a Kañaris culture that is often threatened by the apathy of a racist state and by mining projects funded by foreign capital. So, I like to see his literary work as inseparable from his work as an activist. Quechua poetry speaks from and about Andean worlds, as we can see in media that go beyond writing to include music, orality, landscape, notions of place, and the multiple worlds of which Quechua-speaking people form part. Within this way of perceiving the world, the defense of the earth against the threat of extractivism takes on a role just as important as the song of the earth itself. If Atahualpa Yupanqui once said that man is earth that walks, the Andean poetry of today also tells us that the Earth walks with people, understood not as a figurative “as if walking” but as a literal “walks.” Quechua poetry shines out from its own notions of the land, which translate to sovereign notions of poetic space that can already be glimpsed in the young poetry of Lucero Rinza.

Walther Maradiegue is a PhD Candidate in Spanish and Portuguese at Northwestern University. He researches Indigeneity in the Andes as a racial, gendered, and geographical construction, especially foregrounding indigenous notions of territory as an assemblage of sovereign visions of nature and the human. He is also interested in hemispheric indigeneities, as a decolonial critique to modernity and capitalism.

I’ve never liked dogs.  My nose twinges from allergies and my chest with repulsion—maybe guilt—if I get close to them.  Despite this, sometimes I take one home with me.  …

When Albalucía Ángel left Colombia in 1964, she could not have known her outbound journey would be, in fact, a constant return to her homeland. Nor could she have…