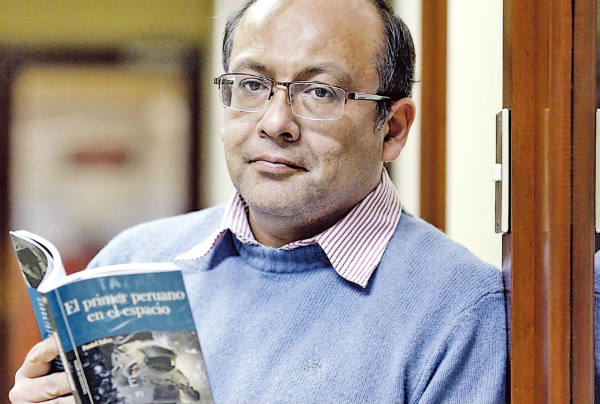 When Marcelo Novoa asked me to collaborate on an article about Andean science fiction, I was tempted to prepare the following: a recap of countries, authors, and their respective publications. We would have a curious sort of catalogue – a nice collection of action figures.

The time for overviews has passed. We, the writers (both male and female) of Andean science fiction, well known or not, ceased to be a phenomenon a long while ago. This allows us to analyze our situation in the current context: the dangers to which we are exposed and our chances at growth, learning, and greater circulation.

Our Parents: Andean science fiction, perhaps more than that of other Latin American countries (I am thinking about Argentina and Mexico), does not continue on in some tradition initiated by an author who gained fame in their day for writing science fiction. Constantly, those who study the genre find praiseworthy literary ancestors amongst the least suspected writers – they were not, however, the founders of a current that would accrue followers. We have precursors, of course, but our founding fathers are the Anglo authors whose work began to be published in translation in the 1950s. Despite all the patriotic fervor that we might seek to lend the genre, those of us who are fifty and older all started out reading Asimov, Bradbury, and Clarke, among others. We can criticize them, deny their influence – even upon Andean authors – but it would prove extremely difficult to find a reader who is not familiar with them, who does not identify that brilliant trio as archetypical examples of what science fiction should be, at least in its written form.

Our Origin: We were born of the Golden Age authors of North America, but we began to write in the Information Age. Rather, the mid-century written texts from North America and the more advanced technology of the Twenty-First century are crossed in our brains. In part, this is positive: it allowed us to “get up to date” with the work of authors from all over the world, and to get in touch with each other, even when we failed to influence one another. Yahoo groups, chatrooms, webpages, blogs, Facebook, Twitter and whatever else comes next fulfill the roll of the Worldwide Conventions of North America that brought together science fiction authors and publishers. Nevertheless, all said, we often do not go beyond the status of “internet authors” (blogs, electronic magazines, and the like).

Our Readers: Making your way as a writer in Latin America is a difficult task. Making your way as a science fiction writer is even harder. Who has not met the reader that only reads English texts in translations? Let us not deceive ourselves: in Spain itself, in Argentina or in Mexico, respectable reader preferences (statistically speaking) are geared towards the latest trilogy written by a Mr. or Ms. well before they reach the lone (and much cheaper) storybook by a local author. And the local authors are tough to catch! Returning to the tired old argument that “there is no reason to envy the English authors” has not managed to increase anybody’s sales. In fact, it is more offensive than anything, said as though the reader does not know what he/she wants, as though the author needs to copy a famous writer to try to hook readers. If a reader wants to read China Mieville – just to name a contemporary English author – they will read China Mieville, without even entertaining the possibility that some ingenious Andean author has decided to write just like him. We must respect “our” readers: If they choose not to read our work, they are within their rights.

Our Pitfalls: Following the same line of thought from the preceding paragraph, I would say that the principal danger faced by an Andean science fiction writer is falling deliberately into Mannerism. That is to say, the author (not the editor) brilliantly reasons that by writing “like gringo X”, changing out astronaut Caldwell for andinaut Campos, exchanging NASA for some unlikely bureau of the Andean Community of Nations  and our undeveloped future for a lousy copy of some mall in California, he or she will be practically overwhelmed with readers. I suppose it’s possible (anything is possible), but they would be writing a pathetic example of “regional science fiction” which could open the door to copycats and sequels, beyond merely giving science fiction a bad name.

Another great danger is that lack of professionalism among authors. With the time for antecedents and historical findings past, we find that the act of writing becomes increasingly difficult. Readers make us realize it. Ignoring the most elemental rules of revision and spelling is in unpardonable error in this day and age. Being a brand new writer is not an excuse for writing poorly. In that sense, we must cease to be “Latin American professionals”, experts at blaming others for our own faults. We must cease to believe that just because an idea is original or “really crazy”, it will interest readers. It is not the story, so much as how you tell it. You didn’t have enough money to attend college? You’re a dynamic writer made with more street than office? Do you think libraries are just for the bourgeoisie? The reader won’t care: they just want an interesting story THAT IS CAREFULLY REVISED.

The last great danger, which we share with realist authors and others, is that the great power and influence that large publishes exercise over our craft. Yes, those great transnational publishers: the ones we constantly criticize until they day they condescend to allow us onto their staff. It’s just like soccer: you begin with a small team, then you go into the minor leagues, and then you make it onto the national scene… eventually, you’ll be part of a team that has games on Fox Sports or some similar channel. Perhaps it is true that many authors would refuse to contract with a transnational corporation, but what other sort of publisher has sufficient resources to invest (if it so desires) to promote us as authors? Careful editing, sleekly designed covers, style correctors at your service, interviews in newspapers, participation in international events… we aren’t monks, that publishing world exists, and it is just as tempting as anything else. Danger arises only when we believe that it is synonymous with literary quality: an author is not always up-to-date on marketing, which we already know; do not try to sell us the best product available, but convince us of the need to consume a product on the edge of our desired quality. If this is also good, let’s be thankful for it.

Our Possibilities: On one side, we have the thematic factor. Once we understand science fiction as a way of writing, or as a method, our location, idiosyncrasy, and lifestyles as Andean citizens place us into an enviable position. There is an entire universe to discover and disseminate, not only in the Andean region but throughout all of Latin America, including the Hispanic population of the United States. From the intense Caribbean gothic of Cuban Daína Chaviano, through the cyber-shamanism of Chilean Jorge Baradit, passing by the Argentine cult of cosmopolitanism where great writers like Borges, Lugones and Casares are nourished, and witnessing the influence of Pre-Columbian cultures on Bolivian, Ecuadorian, and Peruvian authors, plus the rising Dominican contribution; we have gone from an empty space to a fruitful one which we must learn to assimilate. It is a fruitfulness that has ceased to be a novelty, taking its place among the literature of the Twenty First Century and, thanks to the internet, it has been washing over us for quite some time.

To all of this is added an enormous market of potential readers, plus the little-exploited possibility of publishing eBooks that can reach the entire world. Nothing is definitive: let us continue creating. The best (and most distressing) part of the future is its unpredictability.

Daniel Salvo (Peru, 1967) started reading science fiction with pocket-sized books from Bruguera in the seventies. After reading the English-language classics, like Asimov and Clarke, he developed an interest in Peruvian science fiction, discovering authors like Clemente Palma and José B. Adolph. In 2002, he started publishing on the website (and now blog) Ciencia Ficción Perú with the purpose of promoting the genre and its Peruvian authors. He has published short stories on various websites and in electronic publications from Spain, Argentina, Peru, and the United States from the nineties to the present.

The type of science fiction he writes is focused on the humanistic side, although he also writes in other currents such as the space opera. He published El primer peruano en el espacio, a compilation of his short stories published online, in 2016. His work has been included in two anthologies, Se vende Marcianos (2017) and Lo mejor de Arena (2018), both published by the Peruvian press Altazor. 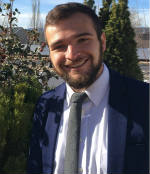 Kirstin Valdez Quade’s collection of short stories Night at the Fiestas presents a set of stories about, primarily but not exclusively, Nuevomexicanas/os. These characters initially appear to be stereotypical Chicanx…

From My Favorite Girlfriend Was a French Bulldog

The initial idea of this book, according to the author—who is not me, I’m just her pet and her instrument of inspiration—was to write fifteen stories, all in the first…