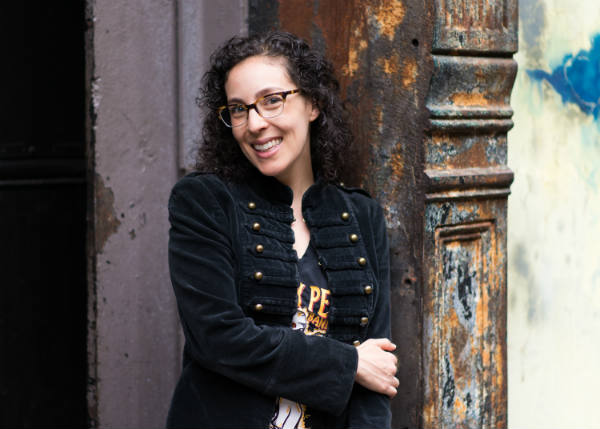 No one has an answer. The papers say… My mistake. The papers don’t say anything. Just like all of us, they merely spell out silent words.

Not long ago the news station came back on the air. The news anchors were replaced by off-screen electronic voices and video clips of events happening around the world.

The government gave a grant to the company where Mario worked, to develop a type of software that would mimic the human voice with the utmost precision while converting text into audio.

He pestered me with the official slogans. “We have to move on.” “We must adapt ourselves to change.” “We shall rise above it!” Not even a year has passed since what happened to us and already they want us to forget what we lost. Some even say that this is part of our evolution as a species.

One of  Fabián Casas’s lines comes to mind: “I ask myself at what point did the dinosaurs sense that something was wrong.” Why don’t people realize that this is the beginning of the end?

Now I barely leave the house. Who cares if the university lowered my salary? I told them that from now on I would only teach classes online. I refuse to face my students without being able to say philological, altruism or diacritics.

When I was a girl, my mother took me to a speech therapist because I couldn’t pronounce S’s correctly. I became so obsessed that I practiced constantly. Since then I had perfect diction. For a time, I was the official voice of the University’s School of the Humanities. If they needed someone to moderate a round table or to interview a guest speaker on the university radio station they would call on me. My students even made fun of me behind my back for my excessively correct way of speaking.

Now I spend my days in front of the computer watching movies. I like the musicals filmed in Technicolor.

Lía insists on visiting me because she wants me to meet her daughter.  I just give her excuses. I explain that I would prefer her to write to me, but she never liked to write. I don’t understand what my sister expects, that we’ll simply sit in the living room, stare at each other, and listen to the deaf cries of her newborn?

She told me that when Marianela was born, the pediatrician cleared the phlegm and with it went her tongue. It popped out as if it had been more mucus, superfluous. The exact same thing has happened to hundreds of babies around the world.

Mario came over the other day and started repeating that babbling they now use to communicate in his office. I stopped him cold. I prefer silence to disability.

I don’t want to kiss him. There’s no sensation more horrible than opening my lips and feeling the empty hole of his mouth.

I miss saying plate, nougat, scoundrel. I stand in front of the mirror and try to articulate them. It’s impossible. I can only make mongoloid sounds. I open my mouth and peer inside. There’s nothing left, not even a scar. It’s as if nothing ever existed there.

The prosthetics announced in the papers months ago failed.

Why aren’t people devastated? An evangelical minister even thanked God for having put us to this test.  He said that this reminded him how, after Jesus’s death, his apostles preached his teachings in different languages, and that now it was our turn to find new ways to spread the Divine Word.

I remember the day that it started. It was a Monday. Mario and I had gone out to dinner. I was telling him that the car needed to be fixed, that the underside was completely rusted. That was my last word: rusted.

As I finished pronouncing that final “d,” I felt how my tongue lurched and flopped onto the table like a dead fish.

The same thing happened to Mario and the rest. There wasn’t any blood, just deaf screams.

A while ago I read about a man who had a stroke and lost his senses of smell and taste. But one day he woke up and tasted faintly the flavor of his coffee. He smoked his pipe and could smell, very subtly, the aroma of tobacco. When they scanned his brain to find out how and why the man had regained those senses, his doctor detected that the man wasn’t tasting the coffee or smelling the tobacco, but remembering them.

In twenty years will we remember the sensation of pronouncing “TH”?

Today, a news story went viral: in Lucerne, a baby was born without a tongue.

How could people be celebrating such a thing? What sort of people are they who call this mutant the Missing Link?

Tongue twisters, song, kisses, flavors, oral sex. Today is Tuesday and I miss it all.

The chimpanzees that know sign language communicate better with us than we can  amongst ourselves. I refuse to go to the government classes. I’m not deaf. More than that, I would give anything to go back to hearing my name in someone’s mouth: Tábata.

The word lingua first referred to the organ and then to language. I always used to tell my students that this was a beautiful metonymy.

They banned solid foods by official decree. There are dozens who have choked to death. Stores began selling juices with the smell of spaghetti carbonara, chicken in chili sauce and other dishes that now no one will be able to taste. Restaurants everywhere are closing. They’ll be replaced by establishments where the appetite is stimulated by smell. Now all that’s missing is that they train us with bells, like dogs.

For young people, it’s as if nothing has happened. They sit side-by-side with their phones and send each other absurd images and sounds. Laughter, it seems, is all we have left intact.

But, who can laugh after what happened to us?

A little while ago I watched some children playing. I heard them making those horrible clucking noises. Their communication was reduced to babbling and guttural sounds. I felt disgusted by them.

Vehement, soliloquy, harlequin. I found a website with entire books read aloud by their authors. Oh, the delicious resonance of words…

Thistles, rupture, obfuscate. I left Mario. I was sick of him hounding me about drinking those nutritional juices. What for? I’ll never know what they taste like.

Two nights ago, I dreamt I was in that restaurant. The only sounds I could hear were the sounds of juices being sucked up through thick straws. Then, a small boy bouncing around on his stool shouted above the slurps and began to babble. Ae and he pointed to his mouth. Ah-ah, to his mom. Haie, a chair. Oww, outside. We all looked at him with respect and agreed. We knew that this had been our first lesson.

Ramadan, cypress, Eden. Yesterday I dreamt that thousands of fish were raining from the sky. We opened our mouths and eagerly received their wetness. We let them wriggle, implant themselves, become one with our mucous. But a siren song rising from the depths of  our bodies called upon them to break loose, to swim upward toward our throats, to let themselves be swept away by the cascades of saliva, like lemmings.

Translated in workshop with S.J. Levine and with the express permission of the author.

Úrsula Fuentesberain (Celaya, Mexico, 1982) is an author and independent journalist. Fuentesberain is the author of the short story collection Esa membrana finísima (Fondo Editorial Tierra Adentro, 2014). Her work has been published in eleven narrative anthologies, the most recent of which are El tótem de la rana (BUAP, Puebla, 2018), Motivos de sobra para inquietarse (Libros Pimienta, Ciudad de México, 2017), and Tiempos irredentos (Nagari, Miami, 2017). She has twice been a recipient of the Young Creators Scholarship from the National Fund for Culture and Arts (Mexico). Fuentesberain has also worked as a journalist for more than thirteen years, and her work has appeared in digital and print media in Mexico, the United States, Colombia, and Peru. Fuentesberain currently teaches graduate courses at the Universidad Iberoamericana. 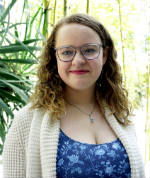 Caragh Barry (Syracuse, NY, 1991) is a translator. Barry is a Teaching Assistant and PhD student in Hispanic Literature and Translation Studies at the University of California, Santa Barbara. Previously, she worked as an editorial assistant for Review: Literature and Arts of the Americas in New York.

Those Days with Mr. Monster

For a long time, I woke up in utter fear. Every morning, panic would take over my body as I listened to a sound that was different from my…

Jorge Carrión: “A horizon of Bookshops that will keep changing over the years”: A Conversation with Claudia Cavallín

Jorge Carrión, in Bookshops, explains the historical existence of the city and its books, whose topography can be embodied in the streets inserted within a library and the spaces where…

I Write about Animals to Forget My Body

Eduardo Chirinos passed away five years ago, on February 17, 2016, and I wrote this note. LALT has picked it up now (February 2021), five years from his passing, as…