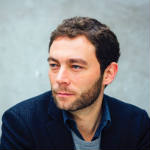 A few weeks ago, I read the essay by Isaiah Berlin in which he proposes his famous division between two types of intellectuals. According to the Latvian philosopher, as is well known, there are hedgehogs—who have a fixed way of thinking throughout their lives—and foxes, who move between different ideas. While I was reading, I thought about chroniclers: those amphibious writers who, due to the nature of their work, would certainly be placed in the category of the foxes. Their task consists of observing and understanding the different forms that make up the world.

For years, I have worked in the field of narrative journalism. I’ve been an author, editor, and promoter of a genre that I find fascinating. This is a genre that has flourished with particular brilliance in Latin America, from the Crónicas de Indias, or “Chronicles of the Indies,” which tell the story of the first European journeys to the Americas, until the present day. Our continent seems to be fertile ground for this exercise that, as defined by the Mexican writer Juan Villoro, is the duck-billed platypus of writing. Foreign readers are often not familiar with the Latin American chronicle. In the English-speaking world, for example, they tend to equate it to New Journalism or literary journalism. But, although there are intersections and similarities, they are different things.

In his article “Por la crónica” [For the chronicle], the Argentine writer Martín Caparrós offers a definition. “Chronicle is the nonfiction genre in which the writing weighs the most. Chronicle employs the power of the text, the capacity to do something that no graphic or cable message could: to assemble a climate, to create a character, to think about an issue.” Chroniclers go through grueling investigation work and an overwhelming volume of reporting, and they accumulate tons of information. They are, of course, journalists. But no one could say their work lacks the same linguistic rigor as a literary text. Here, present reality is narrated with the precision of literature.

Caparrós continues in his prologue: “Chronicle is a mix, in variable proportions, of seeing and writing. Seeing is central for the chronicler, watching in a strong sense… That is: to watch where it looks like nothing is happening, to learn to look again at what we already know… And chronicle is also the journalism that says ‘I am.’ That says ‘I exist’, ‘I’m here,’ ‘I’m not deceiving you.’” And this is another great virtue of chroniclers: they demonstrate, as only they could, fundamental subjects that are felt throughout their countries. I’m not interested in journalism that hides its authors’ voices behind a supposed objectivity, that attempts to produce anodyne notes with no defined personality. I like journalism in the first person that is built on the foundations of an honest subjectivity.

What’s more, the chronicle reveals the diversity of this continent. It’s not enough to watch the TV news or read the newspapers that barely register a reality buried under the weight of violence, poverty, drug trafficking, injustice, and corruption. Our everyday miseries. Of course, these are important subjects, but perhaps it’s necessary to narrate them from another perspective. In this immense territory, there are other, equally revelatory stories that deserve to be told. Our chroniclers free themselves from these common spaces, and, without a doubt, help to better define our identity.

And so, it is worthwhile to once again stand up for this genre. Latin America’s identity was born, to a large extent, from the contact between the first chroniclers of the Indies and a world they didn’t know, a world that dazzled them. Our new chroniclers of the Indies revive that wonder. From their writing and their seeing—to quote Caparrós again—they reveal our geography in a way that mirrors, to a certain degree, a new discovery of America.

My colleagues and friends at LALT offered me the opportunity to curate this dossier dedicated to the Latin American chronicle. It has been a great pleasure and a great responsibility. For this first offering, we decided to include two of the greatest present-day chroniclers: Leila Guerriero and Diego Enrique Osorno. Leila is a sharp writer—in my opinion, one of the most sophisticated voices of Spanish letters—who has depicted some of the most singular characters of her era. Diego is a courageous chronicler from the north of Mexico who has become an excepcional narrator of the tragedy that is sweeping his country. The texts we include in this dossier are a very short display of the valuable work of these two authors.

The chronicle is more alive than ever. The work of Leila and Diego proves it. In future editions of this dossier, we will try to widen this mosaic of voices, constructed through the work of different Latin American chroniclers. Chroniclers who, to return to Berlin, are like foxes in the wide scope of their view.  But they could also be hedgehogs, obsessed with a single idea: to narrate the world as perfectly as possible. 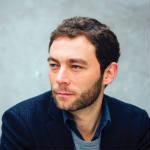 Felipe Restrepo Pombo is a Colombian journalist, editor and author. In 2017 he was included in the Bogotá39 list of the best Latin American writers under 40 organized by the Hay Festival every decade. He studied Literature and started his career as a journalist at the news magazine Cambio, under the direction of Gabriel García Márquez. He is the author of the novel Formas de evasión (Seix Barral, 2016); the biography Francis Bacon: Retrato de una pesadilla (Panamericana, 2008); and two collections of journalistic profiles: 16 retratos excéntricos (Planeta, 2014) and Nunca es fácil ser una celebridad (Planeta 2013). His books have been published in Colombia, Mexico, Chile and Uruguay. In 2013 he was a guest editor for the prestigious Paris Match magazine in Paris and he has been the magazine's correspondent ever since. He is the editor behind the books The sorrows of Mexico (MacLehose, 2016) and Crónica: the best narrative journalism in Latin America (UNAM, 2016). He was a fellow at the Fundación Prensa y Democracia at Iberoamerican University and he attended workshops at the Fundación Nuevo Periodismo with Tomás Eloy Martínez, Carlos Monsiváis, and Martín Caparrós. He was the Latin American editor of Esquire, the cultural editor at the news weekly Semana, the director of Arcadia, and a columnist at El Espectador and Gente magazine, and he has contributed to several international publications such as El País, GQ, Travesías, El Universal, SoHo, Qué Pasa, La Nación and La Tercera, among others. He teaches narrative journalism at several universities throughout the continent and he is currently the editor-in-chief of the acclaimed Gatopardo magazine in Mexico City.

Brief Letter from Oscar Wilde to his Lover

I flee the world in order to say I love you.

Little Tankar of thorny head, / ice crystals like a white sun / fall from my eyes / over desolated regions, where the Orqos lives, / over pristine waters born in…