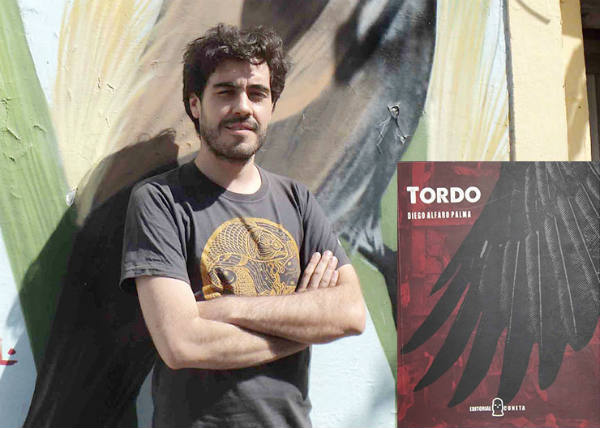 He who always tried to kick the ball
that Lucy pulled away from his foot.
The boy whose kite was devoured by a tree.
The work of a sad cartoonist
who portrayed himself even in his worst moments,
abandoned by his wife
with depression tied around his neck.
The day when Charly Brown decided to make his life,
to look for a job he couldn’t do properly,
to leave the suffocating world of infancy
and fall in an alleyway a hundred times worse,
drunk, a mediocre writer, always bald,
exhausting his nights before the page,
tracing the snazzy blazer that was his father’s
a neurotic cartoonist beloved by children
with all possible lives destroying him
both beginning, at day’s end,
a devastating dialogue about psychiatrists,
treatments, the need for love
when the jazz ends in a dark room
it snows and Charly Brown lies on the bed,
he imagines a happy picture:
a ball that escapes toward the wind.

Try to find a single day for yourself when you can iron shirts, wash what can be washed, buy yourself a new pair of slippers. And so you will reach the conclusion that that day is a shade over the lamp on your nightstand. The lightbulb says Camden Town 1977, leather jackets and you see yourself kicking bags of garbage, because London burns from the inside like Trotsky in Coyoacán: the noise of the saucepan against the wood, tonight and future nights in gas, casts waters, lockpicks, black boots getting off the buses, the city in a state of siege, the neck of a bottle shattering against the pavement.

Suddenly the light cuts out and on a river the Common Kingfisher changes his objective: he moves toward the salmon grafted, meticulous.

All the orphans have arrived at this house, all the objects or people or are these the lyrics of a watchman’s song, real as the emptiness rustling in the matter, the leaves swept away by the storm, the image of a Chevy in the rust of the patio, while the kids we never had play hide-and-seek without knowing why and we ask them to turn up the volume of these things, to take us out of their pockets for once:

Love is no longer what lives in between, but the pain that joins us to others.

When the wind’s mouth arches like a bird of time, / filtered by cracks in the mysteries, / I hear a drumbeat growing on the wings of a memory /…

Things I Discovered through the Process

The task of the translator consists in finding the particular intention toward the target language which produces in that language the echo of the original.

"Composition of Place": A Conversation between Roberto Brodsky and José Kozer

In May 2016, on the occasion of an invitation from Miami’s Centro Cultural Español to present my novel Casa chilena (Random House, 2015), I had the opportunity to reunite with…