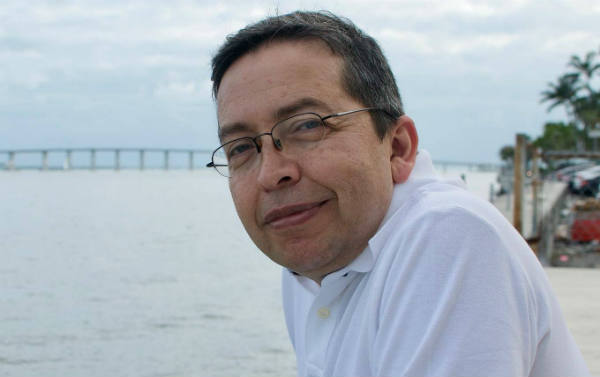 Susana and the Sun

She looks (her?) out onto the street from her seat on the doorstep. Her eyes (her!) scan the facades, empty sidewalks and cars that occasionally pass (despicable). Then she smiles to herself. Susana tilts her face and her bare shoulders upward, closes her eyes and surrenders herself (qué rico) to the sun. It is a bright Sunday morning, surprising for Bogota, which is suffocated by dark clouds and assaulted by sudden downpours for two months out of the year. The neighborhood athletes were the first to notice the unexpected summer. They set out towards the ciclovía, which occurs every Sunday when the city’s main avenue is closed off to cars. These weekend warriors parade down the street alone or in small groups, running, skating or cycling. They wear sneakers, sweatshirts, helmets and carry water bottles. They were the first to come out, but they are not alone. A group of teenagers (sup, man?) is idly congregating on the corner. They debate their options (hike, soccer, hike, go to the store, hike, it’s sunny, hike). They revisit their options (hike): roll in formation behind the athletes or take a chance and explore the mountains that loom over the city. The second option wins by majority vote (mountains, sun, adventure). Five members of the group (be right back) run to their apartments, returning with water bottles and small backpacks stuffed with oranges, condensed milk, guava paste and bags of junk food. The rest of the group takes stock of their gear: durable sneakers, comfortable clothes, hats for the sun, rain jackets (you never know). Their laughter fills the block (let’s go). Quite some time passes before they all consider themselves ready. Finally, their leader’s voice rings out (let’s go).

Their brave and optimistic first steps on their impromptu excursion falter after fifty yards. They stumble, bump into each other and stop. The teens abandon the adventure upon noticing Susana, seated in front of that door. They couldn’t see her from the corner (gorgeous). Only now, up close (damn, those curves). They know what happens in that four-story building (wow!). At one point, there used to be apartments, but now (they say) it’s all connected by doors and stairs and secret passageways and living rooms and bedrooms and saunas and bars (they say). Four floors with the same purpose (sin, sweetheart). That is why the boys stare (she’s one of ‘em!). They whisper to each other (she’s so pale). They stifle their laughter (so horny). They sigh (gorgeous). No one yet dares to turn his back and return to the mountain expedition. Their eyes start at her feet (little girls’ white sneakers) and climb her (super long) legs covered by a pair of pink sweatpants. They notice the sky-blue tank top and her bare shoulders (that skin). Her discreet posture, slightly bent over, fails to hide the size and fullness of her breasts (wow!). The boys stop there, in between the shoulders that hint at her skin tone–and those breasts (did you see ‘em?) Only a few of them will make it further up, reaching her dark hair, pulled back into a bun, her white face and closed eyes (gorgeous) turned towards the sun (I want some sun).

Susana is impervious to their looks. Her skin is tired, her face devoid of makeup with an expression of utter enjoyment (qué rico). From the moment that she decided to sit on the doorstep twenty minutes ago, she knew that she was being watched. She doesn’t care. Two or three cars pull out of neighboring garages. The drivers stare intensely (finally, they show themselves) over the heads of their wives and children (who’s that?). So do the women on their way to the supermarket (this neighborhood has gone to shit). So do the children (people live there, mommy). So do the athletes (mamita). She (I) could care less. Disdainful (I want some sun).

The building’s four-story exterior blends in with rest of the block (if they only knew), aside from one small detail that only the neighbors would notice: the dark curtains, closed day and night. For years now, rumors have been floating around, and the neighbors have filed complaints (get ‘em outta here). Those types of establishments should not exist in decent neighborhoods (think of the children). Signatures collected, protests organized by the neighborhood association (out!), flyers pasted to walls, petitions submitted to councilmen, the mayor, the governor, the national government, a few mentions in newspapers (no pictures, please)–none of it has worked. The luxury cars, with their tinted windows, provide too much protection. They enter the garage or sometimes stop in front of the building for a few seconds to let out their passengers (despicable too). There are rumors about the status and influence of the clientele (no way, him?). Nobody on the block has that much power, which is why the status quo has prevailed. A tacit, mutually-beneficial agreement: conceal any evidence. That explains the curtains, the soundproof walls and windows, the heavy silence. That explains the discretion of both the customers and the girls (if they only knew) when entering and exiting. That explains why the girls, hidden behind sun glasses and under dark coats, pass undetected on their short trips to and from the taxis idling at the curb–they never travel on foot. That explains the horror (this neighborhood’s gone to shit), the scandal that Susana’s audacity has tattooed on so many faces. (I want some sun).

The artificial light, makeup, cigarette smoke, fake smiles, saliva, semen, sweat, creams, empty caresses, nails, nibbles, slaps, fatigue, liquor and sheets leave her skin parched and riddled with tiny creases–unthinkable for a twenty-year-old (I want some sun). Too much time spent indoors. Too much breath. Too many eyes, fingers, lips. Too many false moans.

“Where’d Susana wander off to?”

This late in the morning, the sun shines directly on the front door. Susana feels it (girl). She loves it (qué rico). She doesn’t care that the boys are looking (did ya see her?). They failed to move forward with their excursion and instead have gathered catty-corner from her. Their proximity neither betrays their interest nor prevents them from seeing every detail (beautiful). She tilts her face even more, eyes closed, and offers it to the sun (can you believe it?). The slightest movement (gone to shit!) elicits a sigh, a smile, a chorus of gossip (gorgeous) from the boys and angry gestures from the neighbors (despicable!). Susana feels the heat on her skin (too long without any sun). She would like to bare more, offer her breasts, belly button, hips, butt, legs, knees, feet–all of that pale, tired and transparent skin. She knows that she can’t, shouldn’t, wouldn’t dare. Just her face and neck. Just the bags under her eyes. Her shoulders, arms and hands. A smile escapes (gone to shit, I tell ya!).

A woman’s deep voice echoes from inside the building and finally reaches Susana (they’re calling me!). She jumps (no!), opens her eyes (don’t go!) and her smile turns sardonic (what a shame). She mutters an apology that is drowned out by a barrage of words from the woman inside (about time). She gets up reluctantly (no!), deliberately taking her time. She stretches the seconds of sunlight on her body (at least I felt it). Before entering, Susana glances towards the street and smiles at the boys (she saw us!), the innocent smile of a fifteen-year-old (gorgeous). She turns her back like a beauty queen (gone to shit, I tell ya). The entire block is watching her, expectantly (she’s leaving!). Maybe she does care that they’re all looking (now what do we do?). She yearns for the sun–that clean, morning sun (its delightful rays). That is the only thing that she wants to miss (finally! What a shame. Despicable. She left. Who was that, mommy? Too long without any sun. Like a dream, man. Gorgeous. Beautiful. Did you see her eyes? Slut. She’s gone. Now what? Bye). That is the only thing she wants to miss when she closes the door and lets the neighborhood catch its breath.

Óscar Godoy Barbosa was born in 1961 in Ibagué, Colombia. He graduated from the Universidad Externado de Colombia and holds a postgraduate degree in Latin American Studies from the Université Sorbonne Nouvelle - Paris 3. He received an M.F.A in Creative Writing from the University of Texas at El Paso. Óscar was a journalist in Colombia and is currently a professor at the Universidad Central in Bogotá. His novel Duelo de miradas (2000) won the Aniversario Ciudad de Pereira novel contest in 1999. In 2014, he received the District Short Story Prize of the City of Bogotá for La castigada. Other works include, Once días de noviembre (2015 & 2017) and Desde mi ventana (2017). 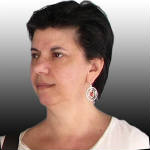 Tom Sullivan is a Spanish-to-English translator currently living in Madrid. He holds a B.A. in Latin American and Caribbean Studies from Brown University Studies and an M.A. in Translation from the Middlebury Institute of International Studies at Monterey. He is primarily interested in translating contemporary fiction and creative nonfiction, and he is always looking for interesting subtitling work. When he is not reading crime novels, drumming or listening to Latin American hip hop, he struggles to tame his facial hair.

They embroider / the clothing of every animal: / to the sheep / they give cotton / so it may be cloud’s brother, / for the racoon, the name gòn’…

Before we became parents, my wife and I lived in a two-bedroom apartment for a few years. One of the bedrooms was my office. It was the first time I…

by Ana García Bergua
Aída Betanzos, the woman in apartment 8, teaches math at a college. She lives alone and has few worries, scarcely any relatives, and an occasional furtive affair with another professor,…