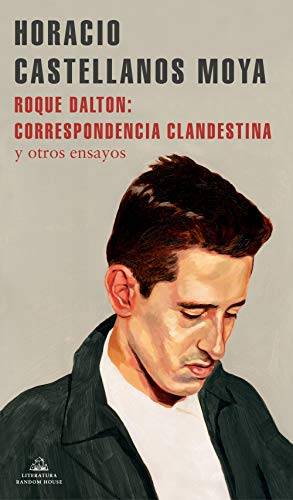 The release of a series of essays by Horacio Castellanos Moya, Roque Dalton: Correspondencia clandestinas y otros ensayos, (2021) constitutes a new approach in the prolific writer’s production. Within the compilation resides a diverse assortment of analytical essays written and presented by the Salvadoran writer over the last several years. Several of the essays have appeared elsewhere in online formats, primarily in Iowa Literaria, the Iowa Creative Writing Program’s online journal, which Castellanos Moya directs and coordinates as part of his position as a creative writing professor. While Moya is internationally acclaimed as one of the prominent narrative voices in postwar Central American fiction, this collection is particularly significant in that it brings together in one collection his formidable skills as an essayist on a broad range of topics. Ranging from the literary and cultural history of El Salvador to reflections on its politics, the nation’s shifting sense of national identity through time, and the role of the writer in Central American society, he also examines a Vargas Llosa novel and offers extended reflections on the novella as a genre. Appropriately, Moya weaves expository commentary into several essays on the development of his own formation as a writer who emerges from the region at this pivotal historical juncture.

The centrality of this collection originates in Moya’s own fortuitous discovery of a tranche of Roque Dalton’s correspondence while attempting to locate an original manuscript of a chapter of Dalton’s novel Pobrecito poeta que era yo (1976). The letters contained exchanges with his mother and several women with whom Dalton was romantically involved. Composed and delivered during the decade of the 1970s, this correspondence was previously unread and unstudied by outsiders, until Moya’s fortuitous discovery. The inherent privacy of these communiques, adroitly crafted by Dalton in a language couched in linguistic ruses and a protocol of stratagems, all components of Dalton’s complex, international “clandestinidad,” require Moya to engage in a detailed epistolary exegesis of this still little-understood phase of the poet’s life. Accordingly, Moya’s careful reading and analysis of the missive reveal a fundamental significance. At the close of the final section, entitled “Berenjenal” or “Entanglement,” Moya affirms that a closer inspection of the entire corpus of Dalton’s letters shed new light on the opaque circumstances shrouding Dalton’s assassination by the People’s Revolutionary Army in El Salvador in May of 1975. He further suggests that their content could also raise new questions as to the role some of his interlocutors played in the origins of the plot that ultimately led to his betrayal and murder.

Of particular significance in the collection is the essay “A Brief History of my Grandfather and How Politics Shaped Me,”  which reveals extensive autobiographical information about Moya’s early upbringing in Honduras and El Salvador by unveiling abundant detail about the impact of his diverse ideological influences during his pre-teen years in both countries. The impact of time spent with his conservative grandparents in Honduras and with his parents and extended family in El Salvador leave an indelible mark on his awareness of politics, yet their political differences could not be more striking. Moya’s Honduran grandmother, an unpublished poet, publishes the book The Epic Path of Castillo Armas as seen from Honduras in 1955, while his uncle Jacinto from El Salvador, a representative of the Salvadoran Communist Party in Cuba, houses Roque Dalton during the poet’s first visit to the island in 1962. The distinctiveness of these formative experiences leave an enduring mark on Moya, bestowing upon him a sense of ideological ambiguity or distance that surfaces later as a nuanced feature perceptible in many of his novels.

In a separate essay, “Chronicles of Exodus and Returns,” Moya evinces another theme present in many of his novels: the unsettling, personal experience of exile and the persistent longing to return. Here, the coupled weight of displacement and a sense of guilt, heightened by his periodic visits throughout the 1980s, convey an acute awareness of the human cost of the conflict and the risks and commitment of his numerous friends actively engaged in the ranks of the FMLN. Similarly, Moya’s reflections on his ambivalence and the inherent dangers in his return visits to his homeland center not only on the celebrations that surround the signing of the Peace Accords in 1992, but also on the importance of public spaces in El Salvador. The celebratory signing of the treaty, which symbolically ends the war, also catalyzes memories of other seminal points in the conflict that predate the outbreak of the Civil War in 1980: in particular, the Cathedral Slope Massacre of May 8, 1979, whose victims were workers and university students, and the assassination of archbishop Oscar Romero in 1980, both of which occur in the same space as the Peace Accord celebrations, in the Plaza Barrios in San Salvador.

The short and incisive essay “Tragic Identity” excavates some of the strands of recent, twentieth-century Salvadoran history that form the basis of the profound tragedy that persists in the country’s collective memory, and which ultimately limits its shifting sense of identity. What lingers about these memories revolves around the most tragic and publicized events of the war years: violence perpetrated against religious figures—Monseñor Óscar Romero—and massacres against civilians—“El Mozote—while the epic and infra-historical sacrifice of so many throughout the conflict years have fallen out of public awareness and into the crevices of history. Yet, while the desire to move beyond the ravages of war in the decade of the 1980s continues, it is also displaced—and perpetuated, in Moya’s calculation—by the surge of emigration from the nation. As a result of the prolonged conflict of the 1980s, the cycles of emigration and the implacable gang violence of the maras in postwar El Salvador have exacted irreparable harm to the many positive essences of contemporary Salvadoran society, fraying its social fabric and order, damaging its valor, ingenuity, entrepreneurial spirit and sense of national identity.

The figure of Roque Dalton reappears in the essay “Literary Inheritance and Orphanhood,” as Moya probes the origins of his own creative powers as a writer and how Moya’s own work inserts itself into the cultural and literary history of El Salvador. Citing as a primary influence the poetry of Alfonso Quijada Urías and Roque Dalton, Moya also points to his awareness of the more extended literary tradition of his homeland, citing the influence of the early modernist poet Francisco Gavidia on Rubén Darío, as well as the later works of Arturo Ambrogi and Miguel Angel Espino. Tellingly, the focus of the essay relates back to Moya’s original project and the figure of Dalton’s epistolary correspondence. Here, Moya underscores the creative impulse and impact of Dalton on his own conception of the limitations of being just a “national writer” bound to local affiliations, and the appropriate positioning of himself as a contemporary novelist. Moya then offers his encomium, and specifically points to Dalton’s work as imparting a deep and lasting influence; he identifies with Dalton’s aesthetic approach and infuses elements of it into his own narrative universe: irreverence, humor, innovation, and an active international literary engagement among Latin American writers. By extension, the repercussions of Dalton’s assassination have resulted in a deep sense of “orphanhood” among many in the Salvadoran literary community, and their reach extends to influence Moya’s first novel, La diaspora, originally published while in exile in Mexico in 1989.  Perhaps Moya’s own words best capture the gravity and importance of the loss of Roque Dalton on those who have followed his lead: “His death left us homeless in the bloody pit where the only light that could be seen was the one produced by the fire that rained down upon us. But his death also left us a legacy: if there is no one to lead, we should seek the way ourselves…”