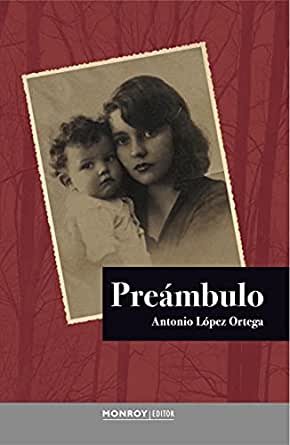 Preamble to a moment that develops outside this novel, and afterward? Preamble toward another narrative dimension? The foreshadowing of a biographical and historic moment that is still inaccessible, and that can be glimpsed at the end of the work?

The novel begins with a point in motion that traces the perspective, and the reader is invited to be transported along its course. We are going from La Guaira to Caracas on the old highway, aboard a Packard driven by the mother of the narrator, who is sitting in the backseat next to his dead grandfather, his traveling companion, now from the beyond. The rough highway, the petite mother driving that heavy and enormous vehicle, the jolts and wobbles of the other occupants, and the vision of a perfect sky from a low-angle shot. This trip, and others, will trace the geographic and sentimental itinerary of a migratory novel set in the Venezuela of the first half of the twentieth century through the transformation of a family that abandons its rural origin in search of the urban paradigm: from Zaraza to Caracas, from there to Lagunillas, from Zulia to Paraguaná. The history of a family, but also of a country.

Soon the narrative time mutates, and the one narrating does so from the present, from far away, the car, himself, the grandfather, dead and shuffling, with a still-living flower as a decoration in his lapel, punctum magnetized between the static present and the past that is set in motion to tell the story. Like a good autobiographical and memory-rich tale, something spectral beats inside it. It is not coincidental that, to the child who observes the characters’ acts in the nocturnal hours of rest, his family members resemble ghosts. People, upon dying, enter into a dream, enter into the past, like switching off. There is something in this transition, toward a dream/toward a temporary death that alludes to a country that wanted to be modern with one foot in tradition, and found itself suspended and devolving a few decades later.

The plasticity in the handling of narrative time slides the voice of the first person singular to a plural that invites us to see the character and also ends up displacing him. If it were cinema, this would be a dolly transitioning from the external world to the subjective, smooth and imperceptible:

Let us describe the slow push of the squeegee, the moment when the black rubber blade meets the translucent film of water, which is the focal image upon which she concentrates. Violet grasps the wooden handle, and the effort seems to be that of two hands never calloused, but dark-skinned; never withered, but corroded. (“Violet’s hands,” someone whispers into your ear, “are a simulacrum.”)

In this way, the first person plural is transferred to the woman, to the focus of attention of the one squeegeeing. The one reading is guided skillfully along by prose with an undoubtedly poetic tone. The precise handling of the tools and materials, however, does not seek to dominate the story, much less to take charge of its outcome. Memory is imprecise and misleading. It is, ultimately, a construct; Lopez Ortega knows this and handles it with beauty: “I suspect that Mother was married in 1928. It is a hazy and circumstantial piece of information, but it is the one we have.” The fictional substrate in this story is undeniable if it is understood that any autobiography, any reconstruction of the past, more so if it is aesthetic in nature, is distilled through fiction.

The family’s transition from the village to the city is initiated by Rachel, the narrator’s mother. Into the simple plains, the landscape progressively disappears in pursuit of industrial promise. As a salesman husband journeys far and wide in a country undergoing vertiginous development, his partner opens a small chocolate factory (the iconic La India) with help from her brothers; and the narrator, at the same time, is coming of age. Concurrently, the grandparents, the eight surviving children out of a total of twenty-three, the three airy and spectral aunts, the roguish, delinquent cousins, the successful son who is a doctor: an extensive gallery of characters brings this story close to the ensemble novel. They are all portrayed with a great love and compassion for their destinies, which are often truncated or diverted, without avoiding the shadows, the reproaches, or  the guilt. This is a tale of familial closeness, of minor stories told with nostalgia and honesty.

The numerous actors in this novel move through memory looking for an anchor that soon breaks away, projecting the story into the present (remember that is the preamble), explaining through this transition much of what we have been and are, employing an exact and crisp prose of balanced and elegant phrasing. Here, the poetic emerges from a great knowledge of and respect for language. This distinctive trait is not new in the writing of López Ortega, and it can be observed in his extensive narrative work.

The Flores family’s transition from Zaraza to Caracas portrays the passage from the rural and atavistic to the urban and their dreams of modernity. “The first house in Caracas, the one in Panteón, couldn’t be anything other than a typical Caracas-style house, with its courtyard of hanging ferns, its long entryway, the parlor on one side and a dining room that seated twelve.” This is the house the narrator remembers, the house of his early childhood. The place that interlaces the memory-rich chronicle with his personal biography.

Preámbulo is a story woven from nostalgias and melancholies. Consequently, it has aromas of caramel, of tobacco leaf, of chocolate. But also of losses, of broken dreams, of disillusionment. The story depicts the naïveté of a community and its desire to rise above, its struggle to leave the village behind and reach its ambitions. Aromas that hang in the air in the numerous scenes that populate this telluric story in which destiny remains tied to the earth that saw the births of the characters; and the narrator, now a youth in search of his own destiny, recounts his adolescent experience at a school in Caracas, his studies in the United States, and his problematic relationship with his rural past, materialized in his first work experience in an oil field in Cardón.

Thus, the novel brings forth an entire generation that lived and grew around these multinational camps established in Venezuela during the first half of the twentieth century. Is this story the preamble for using fiction to address the Venezuela of the oil camps, which has only begun to be glimpsed?

The local reader will recognize in this book the tale of the configuration of an identity and an idiosyncrasy, at least the one that corresponds to the twentieth century in this country. And the international reader will find symmetries with their own collective experience, because Preámbulo appears to respond to the famous quote by Tolstoy: “Paint your village and you will paint the whole world.” The Zaraza of the novel—entrenched, tragic, and picturesque—functions as a specific place on a map, but also as a metaphor for a Latin America in search of its evasive identity, dragging its dramatic social transformations along with it.