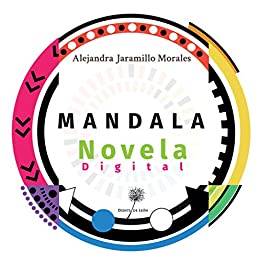 “Is there a possible writing to tell one’s experience? She wonders.” This is a passage from “Mutaciones” (Mutations), the first of the novel’s seven parts, although that is not the only reading map that Mandala offers. In this fragment, Amaura tells us about her retreat to the sacred lagoon, an enigmatic Village, she says, in which the encounter with nature leads to a transformation of physical perception: “…the vertigo of knowing that my body was expanding more and more. Sometimes it was speed and weight that choked me, other times the incorporeal and the lightness.” The snippet is titled “A Crack in the Wind,” and along with “In the Shadow of the Tree,” “Sun in Virgo…” and “The Water Song,” it portrays Amaura’s journey of initiation, which is also associated with strange visions that haunt and accompany the transformation of this woman who has decided to give up her job as a publisher and start over. What will she do now? We do not know, because she herself does not know, and that uncertainty, a kind of leap into the unknown, forms a fundamental part of Amaura’s reflections.

At the same time, it would be unfair to claim that this novel depends on a single narrative thread. Rather, the story of Amaura moves constantly, interrupted by other possible routes that jump from one part of the novel to the other with no intention to respect a central plot, the chronology of actions, or even the hierarchy of narrative voices. One could say that readers are not compelled to figure out what will happen to Amaura, but rather to forget about her and instead turn their attention to the numerous small worlds that shape the (virtual? literary?) universe created by Mandala.

Therefore, there are multiple nuances to the question of how to tell one’s experience, all of which are worth exploring upon reading this novel. First, how to tell the experience of the incorporeal, the “flow of loves and sensations” (“Sun in Virgo…”) that overwhelms Amaura as well as most of the characters who transit through the virtual platform of the novel. If we were to formulate this question about the incorporeal in more specific terms, it would be thus: How do we account for the uncertain and the haphazard through the rationality of language, through established narrative structures and the rules of literary genres? In the context of this novel, the question of how to tell one’s experience also implies an inquiry about turning digital tools and languages into literature. The narrative materials were conceived within a digital context, to be read in a digital format. The literary experience and the experience of hypertext happen simultaneously, and in this encounter, Mandala hits the mark. As if the novel (the author through the novel) were wondering whether specific digital skills (programming, designing, web-browsing) can be put to the service of the construction of a particular literary experience, i.e., an experience different from the one offered by the technology of the book.

It does not come as a surprise, then, that Mandala intentionally proposes a narrative experience in which reader-users are, in fact, part of the novel. It is precisely the experience of chance that shapes the different characters, and, at the same time, the readers’ creative role as it is established through Mandala’s website. From the characters’ perspective, the predominant narratives are those that speak of jumping “into the abyss of the unknown,” of paths we take blindly, not knowing what we will find. We witness how Amaura dares to explore alternative forms of knowing and loving in her relationship with the Muisca elder. We also witness Pilar, who interviews an inmate with no clear purpose, but ends up helping him write his own story. There is also the suicidal character who writes a journal in which he attempts to explain the vertiginous need to take his own life. Or the woman who, during the toast at the celebration of her fiftieth birthday, abandons the party and takes a cab to the airport—it is unclear what will happen next.

Similarly, from the readers’ perspective, there is no sole order in which to read Mandala; no route is more appropriate than any other to transit through the novel’s parts and snippets. Mandala achieves this diversity of reading possibilities through specific features of the website design. At the end of each section, for example, readers see two different buttons: they can either choose to go to the “next” section or to “get lost.” When the reader chooses to “get lost,” the platform will send down to random reading paths. However, choosing the “regular” order of reading does not guarantee a comfortable linear plot, for the main narratives are often interspersed with op-eds of sorts, in which unnamed characters comment on diverse subjects (how in art is required to be political in Colombia, how literature represents love, the particular rationality of art). Also, readers come across childhood scenes that stall the plot by dwelling on memories that cannot easily be assigned to concrete characters; or they simply read everyday scenes in which nothing relevant seems to occur. Yet, readers eventually come to realize why Amaura has such a strong need to move forward into the uncertain future she insists on forging for herself.

Moreover, the interface is designed so that, after completing a given number of fragments, reader-users obtain a prophecy from Tigua Nika Sua, a Muisca elder who collaborated with the Mandala project from the beginning. Occasionally, instead of a prophecy, readers obtain a miniature mandala, i.e., one small diagram of the many that make up the general mandala of the novel. If the readers’ experience has a defined goal from the beginning, it is not so much to reach the end of the novel, but rather to complete the paths of the mandala, included in one of the platform options. Different diagrams, colors, and shapes activate when readers move the cursor over the mandala, where the seven parts and eighty fragments that make up the novel are rearranged randomly—or, rather, rearranged according to the mandala’s own logic. True, reader-users do have a reading board displaying the percentage of reading; but more important than knowing how much have they read is the desire to decipher the connections between topics, narratives, and texts displayed in the mandala that moves readers forward. In this sense, Mandala makes its own the words of Morelli in Rayuela, a novel with which Alejandra Jaramillo’s work dialogues intensely: “Writings is drawing my own mandala as I walk through it, inventing purification while being purified; the work of a poor shaman in nylon underwear” (Cortázar 82).

At this point, I come up with a new set of questions: What are the criteria for the selection of colors and shapes assigned to the different fragments of the novel? Is there a secret order in the mandala, in the continuity of one text put next to the other in the diagram? How was the process of translating the narrative material into the language of the mandala? The unusual reunion of technically and artistically skilled contributors who worked in editing and publishing this novel (graphic and web designer, illustrator, a Muisca elder) allows me to pose yet another question about the figure of the author: it is true that the original idea and texts are Jaramillo’s, but doesn’t Mandala imply a collective work, similar to that of theater or film, which modifies traditional assumptions about creative writing, about the writer’s genius as a matter of one individual, and, finally, about the very means of production of a work that, for lack of better words, we continue to call a “novel”? After all, the production of this digital novel relied crucially on the support granted in 2016 by the Crea Awards, organized by Colombia’s government agency of Information and Communications Technology.

Mandala starts from a question that belongs to literary tradition (How do we tell a story?), adding a layer that expands this question to contemporary digital resources (How do we tell a literary experience from/to a digital context?). In 2018, Mandala got second place in the Premio a la Innovación Digital Congreso Libro Electrónico (an award for digital innovation granted by the E-book Conference), during the sixth edition of the E-book Conference in Huesca, Spain. The jury claimed, precisely, that “Mandala [is] several novels, according to either selected or random forms of reading.” Literary strategies developed within a digital context converge in the experience of randomness that is reading Mandala. There is a productive tension at the center of Mandala’s proposal of electronic literature that is noticeable across different layers of the novel: tension between, on the one hand, the inherent order within narrative strategies (programmed, written, reviewed, and rehearsed according to strict protocols), and, on the other hand, characters jumping into the unknown or the haphazard reading experience. There is an underlying tension between the virtual platform and the Muisca universe, which is apparent not only in the specific narratives, but in the very notion of mandala. Also, Mandala displays a tension between traditional creative processes and the use of digital tools that transform them into something different. In sum, the novel brings to the fore the tension between the literary and the non-literary, which nonetheless provides the main source on which the novel feeds itself. All the motives stated in this review make Mandala one of the most important digital novels written in Colombia and provide further reasons to expand its audience of readers. It might well open up more spaces to discuss the questions Mandala asks of both regional and national literary traditions. Finally, I expect Mandala to be read in the global context in which e-lit aims to inscribe itself.

Óscar Daniel Campo Becerra completed an undergraduate degree in Literary Studies and a Master’s in Creative Writing. He was awarded the 2013 Ciudad de Bogotá short story prize for his short fiction collection Los aplausos (2014). He is currently completing a doctorate in Latin American Literature at the University of Illinois at Chicago.

Lorena Iglesias Meléndez completed an undergraduate degree in Literary Studies and a Master’s in Literature. She was coordinator of the Spanish cultural program at Colorado College. She is currently completing a doctorate in Comparative Literature at Northwestern University.