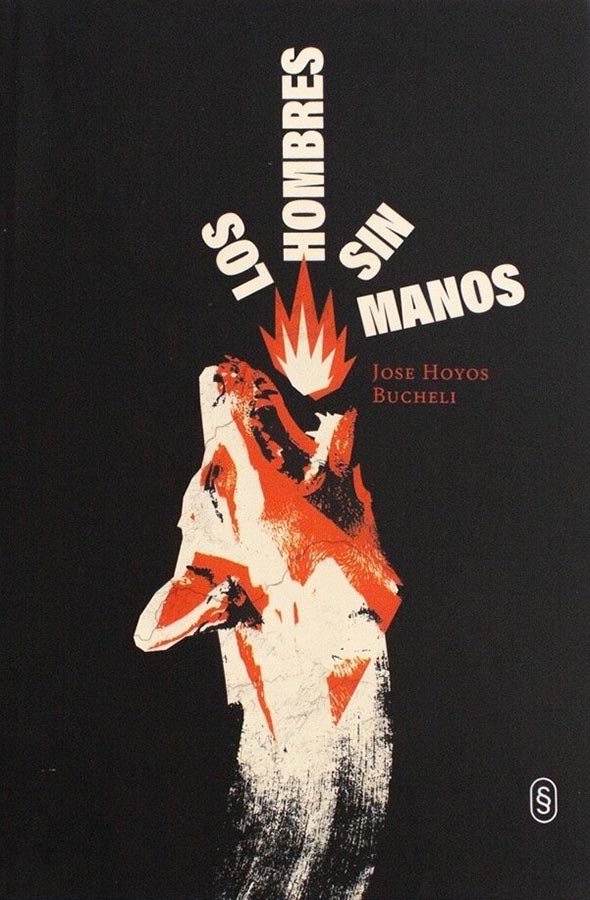 Is there a Colombian literary tradition? If one exists, it seems to me that its central framework, in another example of the intimate bonds that the country holds with the nineteenth century, is the land. Since the mythical establishment of Macondo, with its mud and cañabrava plant houses, to the Thames of Mi hermano el alcalde, the extraordinary novel by Fernando Vallejo, or the occupied town of Los ejércitos by Evelio Rosero, the land appears as a concern (keep it, lose it, acknowledge what you can or can’t do with it) but also as a cursed desire that is always doomed to get lost. José Hoyos Bucheli knows this, and that is why we don’t read his novel as if it were a dream or a complaint, but instead under the terrible aura of a waking nightmare.

Los hombres sin manos, the grant-winning book of the Convocatoria Estímulos Cali 2020 organized by the Cali Secretary of Culture, is the story of a lineage (that is, something inherited through an irrational reason and action) that is in the process of disappearing. It is also the story of the men’s illness: diabetes, which makes them urinate constantly, requires mortal patience, and, little by little, claims their limbs with the merciless dripping of insulin whose restorative promise soon becomes an addiction. But above all, it is a novel that, as well as it knows how to tell, knows how to ask. Who owns the land? What, in the wild countryside, do the words “private property” mean? Are there individual rights there? And if there are, who enforces them? Turn your gaze to the earth; what Hoyos Bucheli wants is not to approach the life of the large landowners: this is not a novel obsessed with power and prominent figures like many other classics of the Latin American tradition, but instead with the delayed effect of their corrosive wake. The author is more interested in the fate of those hectares and landscapes that would be invented on hundreds of illegible pages, maybe to maintain the illusion of order when, in reality, standing over there, all you can see are barren wastelands in every direction, the same as the luck of the original inhabitants, confined to the trenches and meanders lost under bamboo bridges.

Indeed, you could say this is a novel dedicated to reflecting on conclusions. The end of the countryside and, to a certain extent, of its population, that gives way to slave labor, labor that is used until seconds before its death, and the unusual expansions of land without a single crop, construction, or grazing animal, but well-delimited, registered, and safeguarded with electric barbed wire that punctuates thin air with muffled cries. The end of the body, the confirmation of its ruin projected over the entire community, because the body and the earth dissipate together, as if the fall of one precipitated the end of the other. The end of the illusions, as well, of what happens when a life ends without achieving its expectations, and, in the same vein, the constant reminder, very Colombian, that failure comes in many shapes and that its appearance in the path of the protagonist is imminent. All this, I should add, in sixty-two pages.

Even though Los hombres sin manos, the first novel in the triptych Monte, smothers the reader with images, it is the social language, the few phrases that some of the characters (the son, the professor, and the old man) whisper, you might say to themselves, that forms the channel that circulates a large part of the discussions the author wants to mediate. The images, the description of the good and bad days that the diabetic and hallucinating protagonist go through produce suspicion and uncertainty. The dialogue brings together mild support points, a wall to rest against in dark times. With the son (the narrator), then, we witness spoken omens and warnings that we later ignore or do not accurately understand. Almost all the characters that interact with him, for example, mention some “ancients” who say “moving the land over here is just as bad as working it…” and, at the same time, “the land that is not worked is no-man’s land…”, which, in fact, will be evident later. Just like Juan Dahlmann quit the library to reach an experience, the son gets lost in the estrangement of the countryside, the scenes that flicker ominously between tree shadows, and he fails to understand, in his besieged role of inheriting owner, the voices of others, to whom it already belonged even though he didn’t know it yet.

Perhaps the lasting contribution or invention that can be found in Los hombres sin manos is a certain delusional tone that intensifies as we continue to another area of the book: the fragile coexistence of loss and resignation. Here, unlike in other works, there are no ghosts or apparitions; I do not feel that this is the device used to suggest everything challenging that appears at the door and on the path of the narrator, the son. I think, rather, that the words also cross a border beyond the implicit one between the countryside and the city, and they always appear in motion, marbled with vague memories (a quote from Borges, the ever more distant past, almost dreamed), always in search of another enunciation, because the issue here is to explain something remote, “ancient.”

In this reality without visible authorities (another mark that separates this novel from its precursors in traditional Colombian literature), the protagonist relies on a few critical elements that should work in his favor, like his own worn-out body, the dogs that guard the farm, a gun with two bullets, or the alleged sovereignty held over that plot of land. Ultimately, in the conclusions we reach, like stations lost in the distance, the only things preserved are the voice and the stupor, which should also be ours. And those stations move away without being possible to find, at the slow pace of the sweet blood that clouds the sight or surrounds the steps, the answer to the questions which I also use to begin my reading, because they all crash against a single, indisputable paradox. That is to say: the land, because of roots that are lost under the whole plot, cannot be worked, but neither can its dwellers be resigned to lose it. Los hombres sin manos, therefore, are those who failed in both challenges, and their fate is captivity in the trenches, rumors, and fear. What do they do? The narrator doesn’t know, the author doesn’t tell us. But his decision is this special gift he gives with this series of novels about the land: his sarcastic, sick, and deluded voice marks an interesting starting point (or, rather, a path) to get lost in another vast and foreign land that is language.