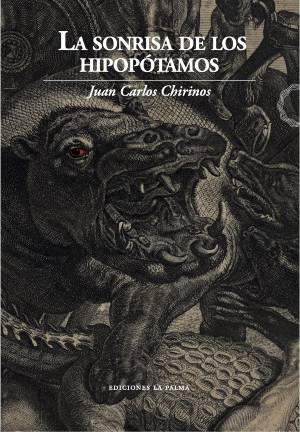 “God moves the player and he, the piece / What god behind God originates the scheme / Of dust and time and dream and agony?”1 In these lines from the poem “The Game of Chess” by Jorge Luis Borges, there exists a hierarchy of words that could immediately transport us to the writing of Juan Carlos Chirinos in his collection La sonrisa de los hipopótamos [The smile of the hippopotamuses] (Madrid, 2020). Writing as a literary game that transcends numerous archives, ranks, diagonals, and edges is present in eleven stories in which the protagonists’ personal experiences are quickly mobilized, attempting to play against an opponent, as in a game of chess. The first of these stories, “Qué Dios está detrás de Dios” [What god is behind God] literally draws from a Borges quotation, which is not directly mentioned, in order to recreate the fear a boy from a small town might feel about the game, where tiny pieces move below a paternal gaze that questions this need for child-like distancing in the face of the fear and adversity of the next move.

In “Un ataque de lentitud” [An attack of slowness], the author once again coincides with this Borgesian view of a world that takes its time, in which realities fall into harmony, beyond the days and years, with a powerful slowness. Moreover, it is here that “the attacks of slowness hide themselves like computer viruses,” and turn into a sporadic genomic mutation disorder, to create a new reality of delayed time. Chirinos describes a place where everything is contained and where existence travels between two universes, one from the Amahiri story about the origins of the world (in illo tempore), near the waters of the Orinoco River, and the other closer to the reader. Two worlds, two times, two places once again come face to face here. As Barthes would say, the word play in Chirinos’ stories evinces the collapse of all distances, and those who unite there can cease to be the mythological figures of legends and transform into more subjective and everyday beings; like those who transmit, through words, the experience of what has already been lived, and manage to connect everyday life to the infinite expanse of time.

This idea of movement is also present in other stories from Chirinos’ collection, for here literature can be used as a link between their protagonists’ most profound feelings and their most uncontrollable desires. In “España se ríe de Casandra” [Spain laughs at Casandra], the geographical change of those who have migrated from Venezuela now becomes an incomprehensible game for those who live in Spain. Feeling that she identified with what was once been left behind, the protagonist who emigrated to Madrid can come to perceive it as a city that’s so safe it’s frightening. In this story, Laocoonte and Casandra cling to the fearful feelings that moved them to exercise their bravery in their country—for years, and then for decades—to confront “the lie, the authoritarianism of the dead leader and his henchmen, the corruption that this brought and the harm it represented for Venezuela.” In the story, what Casandra wants to explain once again confronts the pieces moved by the Spaniards, who would appear to play by other rules, to travel down different rows, and to have faith in a political triumph that will not replicate the structures of a disastrous game that existed in another country.

Beyond the game, Chirinos’ stories also seem to be snippets of everything that we readers have already lived or experienced: a combination of the political and the urban. In “El discurso de la Victoria” [The victory speech], the term “ponederos” [layers]2 appears, used to describe the “men—older, typically spread out in all directions—who, in the subways and on buses, carefully approach the most attractive girls and let a limp hand fall to see if it might graze a bit of thigh, or arm, or, who knows, a bit of breast caught off guard,” something that today can be read as an invasion of the female body, a disrespectful approaching of a corporal space that ceases to be private and becomes public in places like the subway. In this story, once the term is described, the narrator stays away from curiosity and clings to what is polite, without being able to avoid the urge to know what a fellow passenger is reading. The girl’s book is the true object of unrequited desire, where the beauty of words resides. An entire world that exists within her hands, but which remains a mystery when the cover is far away. An incomplete game of desired and impossible reading.

Building upon the idea of beauty, coupled with something that is beyond existence, Chirinos transforms dance into the most difficult game to win. The story of Catrusia, a ballerina as a young girl who then grows up and continues to be a woman in love with dance, is narrated in two stories. The body and dance move in both. Then, a look, like one in a game of mirrors, where two different worlds are inhabited, and, at the same time, a single body that joins the stories is reflected. A Borgesian reflection in the last row of the theater, which manages to meld one story on top of another (as happens in mirrors), and even beyond that, connects one story within a different, unreal space, where the final credits signal that we, too, are the ones watching the show. Because to play would also mean to always be changing points of view, like in “La sonrisa de los hipopótamos.” There, the symbols of pleasure beyond a body, a look, or enjoyment are described in detail. A millionaire visited by the baby hippopotamus grows all the more committed to her desire to do nothing, if something so unexpected can simply show up out of nowhere. Once again, the unexpected moves of both bodies come together in the open space of the sparkling pool, of the courtyard invaded by the strength of the tropics, where the dénouement of what happens there does not matter; simply, the brief moment in which the two natural species are together is valuable. In the same way, we could read other situational games in the rest of the stories. In Chirinos’ writing, the verb “to play” never disappears, and, much like in a game of chess, all of the pieces are moving, beyond time and distances.

1 Translated into English by Harold Morland in Dreamtigers (1964).

2 Translator’s Note: The term literally refers to laying birds or nest boxes in Spanish, but here describes men who lay their hands on women as described by the narrator.