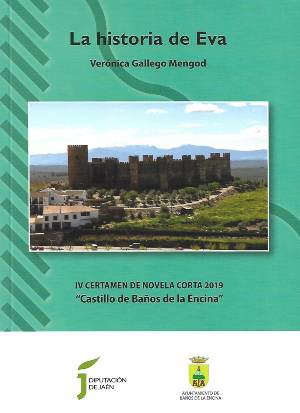 When the visitor takes brief steps, he lowers his arms and his power becomes frightened until it turns into the dirty cat that walks between my legs every morning. It is then when I must take control and fend off the visitor, but I cannot, because I am abandoned. Weakened. Broken.

With these and other images, the Venezuelan writer based in Spain, Verónica Gallego Mengod, outlines the three axes of her short novel La historia de Eva: silence, loneliness, and the consistent impossibility of seeing herself as the whole marking the life of her characters. It is a narrative work dealing with a group of split or half-done personalities circulating the hallways of a hospital and/or a family household where, despite the shared meals and parties thrown, the intersubjective links seem hopelessly broken.

The characters built by the author wander rootless, attempting to find some atavistic referent from which they could define themselves, be it because the family history is unintelligible, like in Eva’s case; because they have decided to abandon the home country, just as it happened to the Venezuelan; or because they have preferred to remain silent, like the protagonist’s father. This “to not speak” for one reason or the other, incredibly, will inscribe these characters in the same community of meaning that will unfold as the plot develops.

The mishaps that must be dealt with by a woman in charge of organizing archives; a group of physicians; a couple of elderly people who witness the women of their family leave one by one, and the mothers who appear in the story like a series of ghosts that demand being recognized derive, in all cases, from the reconstruction of a lost identity. The sight that gets clouded, the name lost in the change of address, the secret which torments are part of these unsaid things that go on looking for and finding their codes, channels, and even their issuers throughout the twelve chapters that make up the book. It is clear that Verónica speaks from her experience as a migrant woman, literature scholar, and even psychologist, seeing that every complaint, claim, and silenced lament will be joined by a series of dreams that will give account on what goes on in the unconscious mind of the characters. Through this device, those who read the novel will get to know (more accurately than the men and women who dwell in it) what drives them to behave in a certain way in front of a community which does not recognize them beyond the simulacrum.

It could be said, then, that La historia de Eva inscribes itself in a long tradition of writings by Venezuelan authors from the twentieth century, such as “Nuestra señora de la sombra” by Blanca Rosa López (1935), Anastasia by Lina Giménez (1954), the short stories included in Entre cuatro paredes by Helena Sassone (1969), or Vieja verde by Alicia Freilich (2000), in which incomplete women, misunderstood and silenced, decide to set off on a journey towards their inner selves in order to find their own language and, by extension, their place in the world. In the formulation of these topics offered by Verónica Gallego Mengod there can be felt, furthermore, a renewal of the problems implicated in discovering whom one is. Giving account of oneself is no longer necessarily a joyful or satisfactory process; on the contrary, this transit is often riddled with pain and absences.

Finally, it is clear that the ludic structure of the novel, based on brevity, intertexts, insertions, and overlaps of viewpoints, ends up becoming the perfect support for transmitting all the experiences within the book, which are not codifiable in terms of prospective time or causal relations. Temporality is suspended because the story demands it, because existence reveals itself in decisive stabs, at least until the clock’s hands, those “tongues moving in opposite directions,” allow the cycle and the long-extended silence to be broken and, in more than one sense, accompany each of the characters in this story or, in the same way, until silence begins to speak.