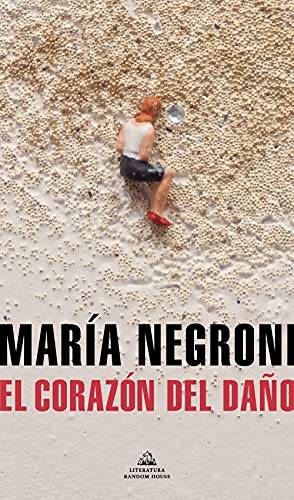 Literature is built with similar materials (words, stories, silences, expressions) to those that we use to construct our identities. Maybe that is why the line between narration and biography almost completely blurs on occasion. So it is with Gérard de Nerval (Aurelia), Leonora Carrington (Memories from Below), Amos Oz (A Tale of Love and Darkness), François Sagan (Tóxica), Philip Roth (Heritage), or Annie Ernaux (A Woman’s Story), for example. That is how it always was. It was not about telling an anecdote, but instead that the anecdote might become a category through language. More exactly: through how we use language because, it seems to me, what is told is always the least of it. The how is what matters. Always the how. Above all else. Perhaps because the voice reveals the need.

Remember that stories never fully tell it like it is. However much one might hope. It is best, then, not to read as if the author had turned their writing into a showcase of intimacies. Never—in terms of professional authenticity—would that ever happen, so do not take anything literally. It is, in any case, fiction. That is, literature.

This is conflicted territory, inhabited by the pairing of literature and life (“both insufficient”), that unresolvable, purposeful tension of whether literature is vicarious with life (or vice versa), if life is an offshoot of literature (or vice versa), if verse belongs to one of them, or if biography predicts story, that delirious intention to write what is lived, ultimately, is the epicenter of the work of María Negroni (Rosario, 1951). Its appearance borders on the obscene in books like Cage Under Cover, The Annunciation, Extraordinary Letters, Buenos Aires Tour, or Oratorio. That drive to resolve the enigma, that hair-raising distance between reality and representation, is the seminal axis of her writing.

But if there is a text in which that dissociation fully coalesces, it is El corazón del daño (Random House). Let’s call it a novel (classifying it is still a daring feat, knowing how the author dynamites genres). The title identifies the pillars that stabilize the text: on the one hand, the heart and its semantic field (sweetness, refuge, opening, authenticity); on the other, damage and what it leaves in its wake (pain, limits, fractures, incapability, defects, fear). And both emotional spheres go on to conjugate the two central issues, strung together as if they were a Möbius strip: mother, writing. In other words, life (autobiography), literature (fiction).

Daño (damage), from the Latin damnum.  It condemns. It takes on a verb tense that is almost a gerund. Damage might always seem to be present. Corazón (heart) shares a root with the word cordero (lamb). It might seem like a hieroglyph depicting a holocaust that redeems a certain overabundance of the identical, a certain epiphany of the absent.

From mother, words (nuisance, no, hole-in-the-wall, belly, naughty, whiz, commotion). From mother, expressions (Up to you. Look at my mouth when I’m speaking to you. It’s not your place. It’s not like you’re a retard. You’ll know). The daughter adds books to these words and expressions. Perhaps to articulate them. To bleed out their meaning and breathe meaning into them. The daughter knits a front to maternal emotions (visceral explosions, uncontainable blows) a feeling (a melody with more longevity in time). If the mother is grandeur, plenitude, totality, excess, the daughter chooses the fragment, containment, sobriety. Duchamp’s infrathins opposite the near-asphyxiating exuberance of Altazor.

The (mother) tongue as vital conflict. It is written as the mother, Isabel. She is named only once, and not as a narrator: “I seem to be put there by language.” Language does not replace the mother, it places her.

Love keeps no record. Or it does, but in a different way. “And what if the insanity of writing comes from not allying ourselves with our mothers?” El corazón del daño is not a liquidation of pending issues, a cancelation of perfectly liquidated nostalgias, a vengeance, the resolution of a grievance. What cannot talk explodes. El corazón del daño is, above all, a story of love. “I will never know why my life is not my life and is instead a counterpoint to hers,” María Negroni wonders, knowing that each of her texts is, at the same time, a counterpoint to her own biography. El corazón del daño is a requiem and an alleluia, it is a song in which the important things almost go unnamed because it is all flesh. Or skin. Read: body.

Mom, like literature, demands tameness and contempt. “She asks you inside: Did you eat, wolf? As if she were going to incite me. Such hope. I obeyed right away. I do not know how to do anything else. I never knew.” The tameness to receive love (that was or was not there, but was defective) and to be a vessel when writing; enough contempt to slam the door and leave home at eighteen in a way that would make Melville, Poe, or Dickens talk. To be herself, despite it all.  Contempt and tameness energetic enough to tell her story out loud (that is, her writing) so that it may not be fear. To write: “replace what is not there with a joy that is perhaps incongruent with attempts to name it.” Mother, word. Both, the origin of oneself. Both (literature, mom), the same confused thing: “My mother straightens the neck of my jacket not because it is starting to snow, but so it may start to snow.”

All of it told in poetics, because what is poetic about María is not an attitude but a state of being. Her semantic field is recognizable (exile, nomadic, infancy, body, night, island. Also bird. Above all bird: it appears thirty-two times in the text—Cirlot, in A Dictionary of Symbols, recalls that it is the allegory of the creator deity). Likewise, her phraseology is so recognizable: “mother of mine,” “Once there was a before. It got lost,” “I vaguely saw the front end of the night,” “at the strangest times,” “you got rough very worstly”; her apparent paradoxes (“everything can be translated except language”); her exquisite sense of humor (“if memory serves, I will also die”); her constant recognition of the masters (Baudelaire, Hesse, Gelman, Balzac, Dickinson, Celan, Mark Twain, Pizarnik, Orozco, Yourcenar…); and of course her impossible adverbs: “I meditated myingly,” “motheringly human…”. Unending bestiaries.

In life, as in writing, it is about “setting foot into the incomprehensible.” With the other (the mother), with the word, and what both say within us. With life and with writing, through thick and thin. Always and in any case. The problem, maybe, is not life, but living. The ends are the least of it. The rope is the important thing. And love.