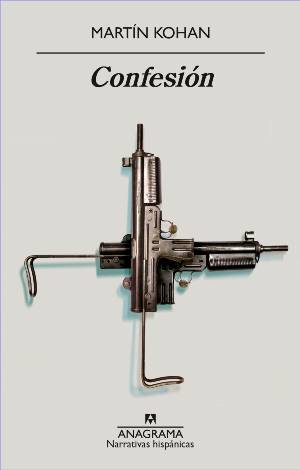 A famous quote by Balzac states that the genre of the novel must deal with a country’s intimate history, i.e. what seeps through the cracks of the official narrative, always focused on the big names and the significant moments, on the main bars of its own symphony. Of literary fiction, on the other hand, an oblique, tangential perspective of reality is expected. It is expected to advance along with its historical references, but to fix its gaze elsewhere: on the unique details of potential stories. In this way, a good novelist complies with the Aristotelian maxim of dealing more with potentiality than with reality, and at the same time, dealing with  Gustavo Tavares’s ironic definition of a revolutionary as “one who would look at a cockroach longer than at an emperor.”

Such a hypothesis can be found in a good part of Martín Kohan’s (Buenos Aires, 1967) novels, in which the background of the last Argentine military dictatorship serves as his stories’ center of gravity, especially in Dos veces junio [Twice june] (2002), Ciencias morales [Moral sciences] (2007, winner of the Herralde Novel Prize), Cuentas pendientes [Outstanding accounts] (2010), and the most recent, Confesión [Confession] (2020). These novels are very often classified as “political”––as if any novel were not political––and nevertheless contain wonderful immersions into the intimacy of their characters: love, sexuality, family struggles, personal ambitions, and dimensions of being that in the modern liberal imagination remain relegated to the sphere of the private and the modest, but in times of oppression lead to an encounter with a greater, relentless authority.

This may be a common feature of stories set during the dictatorship, but it takes on a special meaning in the Argentine imagination, given the perennial state of suspicion to which certain family circles were sentenced after the so-called National Reorganization Process (1976-1983), in which the illegal appropriation of newborn children from detained and later disappeared citizens was more than common. In other words, in Argentina today, there is a real possibility that some people are not the children of those they believe to be their parents.  It should not be surprising, then, that the barriers between the singular world of intimacy and the collective world of politics have weakened to the extent that the former offers very little protection for personal identity, and rather is itself subject to distrust.

The tension between the intimate sphere and the national narrative seems to be central to Kohan’s novels. In Ciencias morales, for example, it is explored through the heightened police presence in the National School of Buenos Aires during the last months of the dictatorship, which gives the preceptor and protagonist an excuse to sneak into the men’s bathroom to masturbate. Meanwhile, in Confesión, it revolves around the threefold character of Mirta López: a girl who is infatuated with the Videla family’s eldest boy; a mother who worries about the subversive adventures of her own son; and a talkative grandmother who plays cards with her grandson. This is a triad that, incidentally, instead of defining the novel’s three narrative moments according to the standard structure of past, present, and future, seems to respond to the three moments of truco; a Hispanic card game that, rather than involving confessions, depends on cunning and insincerity. Thus, the first segment lays the foundation for the game, the second is the hand when the opponent usually wins, and the third corresponds to the bet and its potential response (truco-retruco, a bit like check and checkmate), and the eventual revelation of the mystery contained in the player’s last move: confession-subterfuge-confession. With the necessary exception that, in this game, and therefore in the last line of the novel, the hand dealt is not always revealed to the opponent.

The family story intertwined into Confesión is, in any case, a story of hidden, involuntary, and unspeakable guilt. It operates in a certain way as a genealogy of complicity: the girl who confesses her erotic affairs to the local parish priest will be the same anguished mother who inadvertently turns in her son as a part of the guerrilla, and the same grandmother who answers her grandson’s questions during the card game in the nursing home. And confession, in that sense, acts as the connection between the public and the private, or in other words, between what is under control and what, on the contrary, acts clandestinely, like the subversive squad that rises from the underground of Buenos Aires to plant a bomb under the airport runway. The confession is, therefore, conservative. Those who practice it do so to “return to the flock,” because they place their trust in a total, omnipresent order, in which paradoxically, there is very little room for individual satisfaction: God is everywhere, as are the agents of the dictatorship.

Confesión delves into Kohan’s poetics in an agile and determined manner, preserving his affectionate distance from the intimate matters of his characters, as well as his freedom to confront militant writing, which, in our days, seems called to blur the author’s position with those of his characters, or worse, with the very subject he writes about. Kohan’s narrative is immodest and daring, recognizing, without saying it directly, the complexity of human existence. And this narrative is willing, like a good card player, to fixate on the other’s gaze, knowing that there, and not in the cards they hide between their fingers, lies the truth of the game.