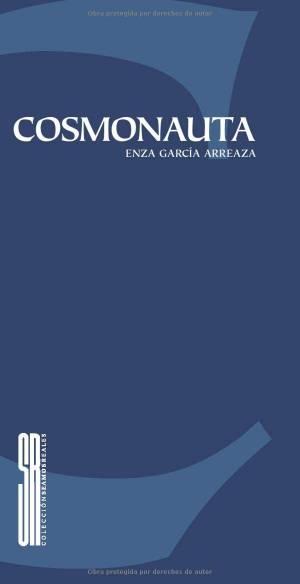 A military instructor teaches several children how to shoot a rifle. The trainees, bundled in coats and lying prone on the ground with their guns, spend their ration of bullets into a wall of snowy logs, then jump to their feet at the sound of the martial voice. Everyone complies; they all know the drill procedures, except freckle-faced Asafiev, who turns all the way around, facing the instructor again, who immediately points out his error. Asafiev insists that, for him, turn around means 360 degrees, not 180. The instructor repeats the command, but Asafiev remains motionless at the sound of Marchen’s voice. Asafiev is removed from the group and the rest disperse at the pace of an infant. Suddenly, a grenade is thrown into the center of the compound. The instructor tells everyone to drop; lying exposed in the fetal position, they pray that the explosion won’t fatally blow them away, but no one is going to be blown up because Asafiev has fooled them with a practice grenade. The scene belongs to The Mirror (Zerkalo, 1975), Andrei Tarkovsky’s great film that, upon recalling it, also reminded me of a quote from Enza García Arreaza (Puerto La Cruz, 1987) in a recent interview on Cinco8 just prior to the release of her Tarkovskian book, Cosmonauta [Cosmonaut] (La Poeteca, 2020): “I feel like I’m walking with a mandarin in my hand.” And I suspect the mandarin is the practice grenade, or the practice revenge. And against what? Against every authority that crosses her path.

Beyond the Russian-Soviet reference in the title, or the fact that there is a poem dedicated to Tarkovsky (“for Tarkovsky, we must make the cracks sacred”), or that the filmmaker himself appears with his unmistakable mustache in one of the book’s collages, there is much in Cosmonauta of that autobiographical film’s fragmented and symbolic structure whose narration follows the order of a very evocative memory: her difficult and complex relationship with her parents—especially with the figure of the mother—her childhood that was subjected to the unhappiness of precarity, and the context of the allegedly heroic and decidedly dictatorial and bloody homeland are all themes that García Arreaza touches on in Cosmonauta, though one crucial element in the latter changes everything: migration and writing from a foreign land. “Writing, for me, is negotiating between the air, paralysis, and the world. It’s also fighting against boredom or laziness and, lately, against the sensation that this part of my life is ridiculous compared to that other part of my life where I run for my life through a country without antibiotics or democracy.” Did that sense of ridicule not already resonate with a whole generation of migrants? And how the hell do you fight that? How do you confront creative activity in the face of the Venezuelan crisis, and especially when one is divided, armed with a distorted and foreign language? Now then, isn’t foreignness the perfect opportunity to explore what lies beneath this most perceptible and collective horror?

In that original landscape—so eerily analogous to the Soviet landscape in The Mirror—the Venezuelan author recounts not only memories that mark certain milestones (“the rented life, the promise that she tried to live up to, failure, the bad powder, and the beautiful eyes…”), but also those that reveal signs of primal authoritarianism related to the life of the family home (“the house never heals, the house burns, or invents the instance of snow”) that tend to shrink away when the present state is investigated; signs that now, with distance, a distance that acts like a particle accelerator for that stagnant past life, she sees from an urgent and demystified perspective, albeit constantly searching for the “salvation of a few fossils.” What can memories rescue when crises start to blend with mortal time? Perhaps this is the underlying question in Cosmonauta (and in The Mirror by Tarkovsky), but also, what can one resignify in these rescue attempts, what gems are hidden in the eternal arguments. Isn’t parricide perhaps the annihilation of the unceasing child?

I come back to freckle-faced Asafiev and suppose that the revenge here in Cosmonauta consists of stretching the landscape to see the most desolate ruins, the most painful memories, and contextualize it all, but not from mere catharsis; from the intelligence of a mordant and amusing style. Yes, amusing, because if there is something that García Arreaza (who, like the poet and essayist Joseph Brodsky, another Russian who occupies an essential place in the book, chose to settle in the United States) is not lacking stylistically, it is a humor that revitalizes the tenuous limit of literary genres, where there is room for concealed and outright laughter, for short and middling breath, for the graphic strangeness of collage. And in which there will always be the tension of the grenade that highlights our fears, the fragility of what we take for granted, and our childish lives that age and decay. A grenade that, after all, let us remember, will not explode, but will infuse that which the bludgeon of language infuses, and that, in the words of the author, will “make it so nothing sacred remains, so everything is an object of the vilest mistrust.”