From Invasion of the Spirit People

Juan Pablo Villalobos’s fifth novel, translated by Rosalind Harvey, adopts a gentle, fable-like tone, approaching the problem of racism from the perspective that any position as idiotic as xenophobia can only be fought with sheer absurdity.

In an unnamed city, colonized by an unnamed world power, an immigrant named Gastón makes his living selling exotic vegetables to eateries around town. He has a dog called Kitten, who’s been diagnosed with terminal cancer, and a good friend called Max, who’s in a deep depression after being forced to close his restaurant. Meanwhile, Max’s son, Pol, a scientist away on a scientific expedition into the Arctic, can offer little support.

Faced with these dispiriting problems, Gastón begins a quest, or rather three: he must search for someone to put his dog to sleep humanely; he must find a space in which to open a new restaurant with Max; and he must look into the truth behind the news being sent back by Pol: that human life may be the by-product of an ancient alien attempt at colonization… and that those aliens might intend to make a return visit.

Invasion of the Spirit People was published in English in July 2022 by And Other Stories.

This is the story of Gastón and of his best friend, Max; it is also the story of Kitten, Gastón’s dog, and of Pol, Max’s son. There are lots of other characters in this story, but we’re going to accompany Gastón at all times, as if we were floating just behind him and had access to his feelings, his sensations, the flow of his thoughts. Basically, we’re a bunch of prying busybodies; we’ll have to be cautious, then, or else he might push us aside and put an end to our plan. Our plan is to reach the last page of this book (don’t go thinking this is some kind of conspiracy), and this is why we must follow Gastón, in the present, until we reach the end. The present is here, here as we write and here as we read. Here. The place, too, the city in which the story unfolds, is here. On this page—no need to go looking for it further on. After all, time and space are the same thing. Our place is the time we are moving through; the present is our place of residence. The past we will gradually come to understand along the way, because it is the connection between the present and future. The past will be the finger that will turn the pages of this book.

Let’s turn the page: the future is there.

They are alone in the empty restaurant, 13.8 billion years after the birth of our universe, watching a match played by the city team, the team for which the best footballer on Earth plays, and drinking a second beer at the bar; Gastón on the customers’ side, with Kitten lying at his feet, dozing, and Max on the barman’s side. It’s a rustic wooden bar, painted green, which aims to imitate those from Max’s native land, although the peppers that decorate it are more reminiscent of those from the Near East; the carpenter Max hired was, in fact, Near Eastern, and he turned out to be a good carpenter—efficient and reliable—but useless when it came to vernacular styles from other lands. The metal shutters at the entrance are down and there is a sign saying closed for the holidays, which is how Max plans to avoid having to explain things to his customers and local residents.

“What if we bought the premises?” Gastón asks Max.

This is Max, or what is left of him, if we pay attention to how Gastón feels when he looks at his friend. Max, his shoulders hunched and his eyes permanently lowered ever since he discovered the multicoloured sweetie game on his phone. He’s going through a rough patch, Max; first his son had to go and live far away for work, and then he lost his restaurant, or rather was swindled out of it. The landlord sold it behind his back, taking advantage of the rental agreement having expired, without giving him a chance to renegotiate. Since then, Max has shut himself away in the building that is both the restaurant and his home; this arrangement, which, years ago, was a practical solution—living in the same building as the restaurant, which occupies the ground floor—now helps facilitate his monastic routine. In the morning he comes down from the third floor, spends the day in the restaurant not doing anything, and goes back up when he’s finished (and since not doing anything is an activity that can easily spiral out of control, he tends to go back up pretty late, generally in the early hours of the morning). He has just a few days left to hand over the premises, and the only thing he has done, the only decision he has made, is not to open the place up again to customers.

Inside, it smells of rancid, fried sunflower oil, the topped-up, reheated oil in which there remains perhaps a billionth of a litre of the original oil into which Max threw a few triangles of corn tortilla for the first time almost thirty years ago to make a plate of nachos with avocado salsa. Every TV in the place is switched on, including the huge screen in the dining area, because there’s a system that controls them all simultaneously. It must be possible to operate them independently, but that would involve working out how, asking the technician who installed them, or racking his brains to remember, and this is one of the many things that Max ought to be doing but continues to put off, as if there were no cut-off date, no deadline on the calendar, not the last day of the month. The volume on the TVs is down; we are missing the strident voice of the commentator, his litany of words pouring out in the native language, and the general hubbub of customers drinking on their feet, crowding around the bar, for it to be just any old night.

“I haven’t got any money,” Max replies.

“I’ve got savings,” Gastón says; “we could go into business together.”

“I’m tired,” Max replies, without lifting his head, staring at the screen of his phone instead of the game. “I don’t want to talk about this.”

Gastón knows that when Max says he’s tired he means that he’s already written off this and other options. Rents in the neighbourhood have gone up so much that he’d be forced to pay almost double for new premises; he could move to a cheaper location, although then he would lose his regular customers and have to start all over again from zero, something that seems deplorable to him at his age (Max is fifty-five years old, one year younger than Gastón).

The screens show that the best footballer on Earth has stopped running. He is leaning forwards, his hands on his knees, and spitting, or perhaps vomiting. The game continues, although the cameras remain on him, as if the ball were merely an accessory or the aim of the game were to suffer some kind of ailment.

“What’s wrong with him?” Gastón asks, addressing the air, addressing an interlocutor who is not outside his head, addressing himself, this page, us.

He picks up the remote control and turns the sound up to hear the commentator say that in the land where the best footballer on Earth was born they’re reporting that he’s afraid, that he has anxiety attacks, and that this is why he is incapable of leading his side to a World Cup win. Meanwhile, the city team is passing the ball back and forth, making its opponents dizzy, waiting for the hero to regain his composure. Gastón turns the volume back down again. All at once, Max emerges from the daze he’s in, leans over the bar and holds some nachos out to the dog. Kitten flattens his ears and his eyes fill with tears; it’s the same expression he makes whenever he’s sick on Gastón’s sofa or his bed. We assume that he’s trying to say yes, but he is a dog. A dog in pain. Last week, Gastón took him to the vet’s after finding a lump on his chest. It was a mass of abnormal cells, malignant ones, which had already spread through his whole body.

“When does the treatment start?” Max asks, plunging his hand into a giant bag of nachos. He walks around the bar in slow motion, places a handful of fried tortillas on the floor, in front of the dog’s muzzle, and kisses the top of his head.

Gastón replies with an insult that shocks us, an insult that mentions Max’s mother, or rather, not exactly his mother; it’s one of those rhetorical insults so common in Max’s native land and which Gastón has adopted as his own after so many years alongside his friend.

Is Gastón an irascible guy? Another one of those angry maniacs so common in the history of literature? Let’s hope not. We’re tired of stories about men with chips on their shoulders, fed up with glorifying resentment and frustration. No, it’s OK; now we understand what’s going on: someone has just scored a goal against the city’s team.

Juan Pablo Villalobos was born in Guadalajara, Mexico in 1973. He studied marketing and Spanish literature before working as a market researcher and writing travel stories and literary and film criticism. He has researched topics as diverse as the influence of the avant-garde on the work of César Aira and the flexibility of pipelines for electrical installations. His books include his Guardian First Book Award-shortlisted debut Down the Rabbit Hole, as well as Quesadillas, I’ll Sell You a Dog, and I Don’t Expect Anyone to Believe Me. He is married with two Mexican-Brazilian-Italian-Catalan children. Invasion of the Spirit People is his fifth novel. 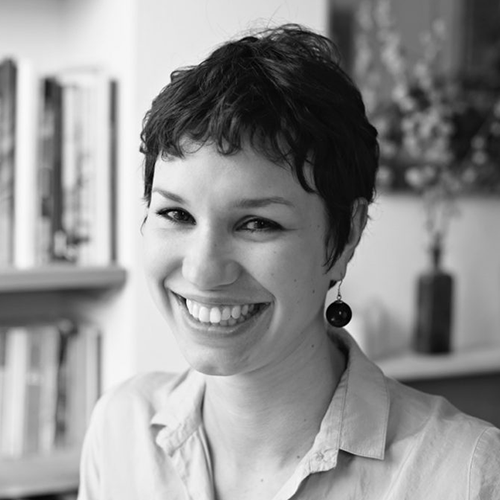 Rosalind Harvey is a Fellow of the Royal Society of Literature, has taught translation at the universities of Bristol and Warwick, and is a committee member of the Translators Association and a founding member of the Emerging Translators Network.

“They forbade us from speaking our language”: An Interview with Florentino Solano and Six Poems

It is no coincidence that this new issue of Latin American Literature Today is dedicated to the Nicaraguan writer Sergio Ramírez. One of the reasons is literary; a reason that…