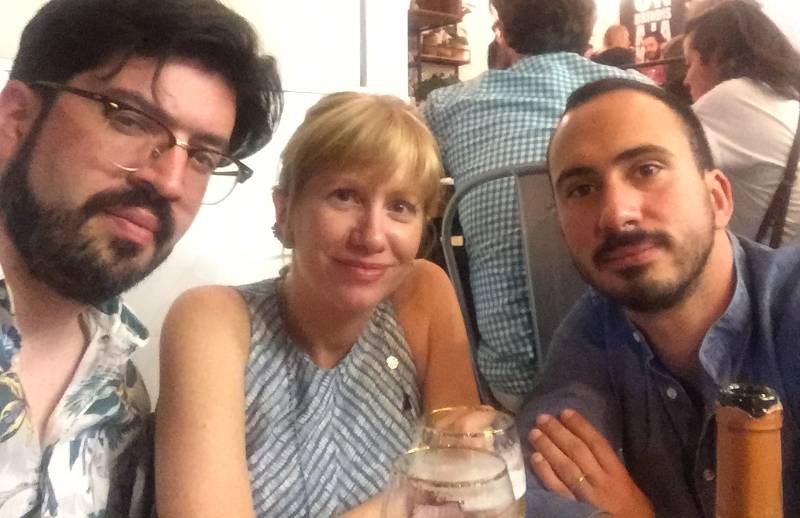 One short story by Honduran author Salvador Godoy—perhaps the most kafkaesque of all Central American writers—tells of a mysterious character whom no one has seen but whose presence permeates the atmosphere of a party like an underground rumor. “Have you seen Zelaya’s style?” everyone asks everyone else between drinks, while the enigmatic character never appears throughout the story. Without showing himself, or perhaps precisely by hiding himself, Zelaya becomes infinite in his elegance. Like in the party Godoy depicts, in the history of literature there is a silent but vital protagonist whose presence weaves the global network of readers who congregate around a novel. I’m talking about the translator, that camouflaged and furtive figure who, reproducing the text beyond the original, takes up the task of multiplying it, opening it up to the world of proliferation.

If every novel is potentially infinite, this is owed largely to the fact that every novel, at every moment, asks to be translated: to a new language, a new present. This desire for otherness, this ambition to be another without ceasing to be the same text, is not without its paradoxes. Adam Thirlwell wrote in The Delighted States that the paradox of the novel is that it asks to be translated, despite the fact that its style seems untranslatable, anchored to the exact present of a language. The history of the novel, according to Thirlwell, would be the valiant attempt to make of style something translatable and universal.

Today, remembering Godoy’s text, I think Thirlwell is right, but he failed to underline a second paradox: the question not only of the impossibility of translating styles, but also of highlighting the enigmatic style of the translator. Like Zelaya, invisible but elegant, the translator’s style hides a paradox: the translator builds their poetics around the works of others, they make their presence felt while elaborating disparate works. Like the Honduran author’s character, everyone at the party is well aware of who is being talked about when Zelaya’s style is mentioned, with no need to describe it.

Amazed at her prolific production, I have often come to think of the admirable Megan McDowell as something like our Zelaya. In the global party that is Latin American literature her presence and style are undoubtable, even when her voice is the cautious voice of those who know how to play hide-and-seek. What, then, is McDowell style? On more than one occasion I have been at a party where someone has brought up her name, always with admiration, as the stamp of a certain poetics. They are not wrong. Over the books Megan has translated there seems to hover a voice than unites them, despite their unquestionable differences. For a brief moment, it seems the books by Alejandro Zambra, Samanta Schweblin, Lina Meruane, Diego Zúñiga, Mariana Enriquez, and Paulina Flores were all written by the same author, just as at Godoy’s party everyone seems, at times, as glamorous and lovely as the enigmatic Zelaya.

Her stamp, McDowell’s stamp, invisibly permeates a series of poetics, each of which seems alien to every other, spinning webs of likeness where there seem to be unalike intentions. Having worked with her, I can understand something of the reasoning hidden behind this apparent paradox. I can understand that, under McDowell’s attentive reader’s eye, writers come to understand the stylistic turns of their own voices, their excesses and fixations, their tics and mistakes. I have often come to think I now write through Megan, with her style and reader’s comments already internalized. Her style gleefully invades mine, in a game of mirrors that sometimes reminds me of Borges’s Pierre Menard.

Like in Borges’s story, McDowell’s magic lies in having created a work, a voice, and a style through the works of others. Like Menard, whose “invisible work” lay in having recreated Cervantes’s Quixote three centuries later, paradoxically improving it in the process, McDowell’s magic lies in having stamped almost two dozen books with her inimitable style, each one with a different mask. Borges mentioned that Menard’s strategy was not simply vulgar transcription, but rather an attempt to fuse himself with the author. I would go so far as to say that, in her case, it is not a matter of McDowell becoming Zambra, Schweblin, or Meruane, but rather of Zambra, Schweblin, and Meruane becoming, if only briefly, McDowell. Her voice and her style led them to share, for a brief moment, the sensation that their works were all pointing toward the same thing. All thanks to the spell cast by an American woman from Kentucky who one day decided to become Chilean, only to then become Argentine, Colombian, Mexican, Puerto Rican, Costa Rican. The fact is, like Godoy’s Zelaya, McDowell seems to be infinite.

Photo: Rodrigo Olavarría, Megan McDowell, and Carlos Fonseca after the presentation of Fonseca’s Museo animal in Chile, from the personal archive of Megan McDowell. 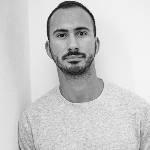 Our language speaks from the heart / we have ch’ulel and we fly in dreams. / We sing with the wind and laugh with the clouds / we plant the…