You can only stay tonight, you have to leave first thing tomorrow.
He’s very weak, I hoped we could stay until he’d recovered. Two or three days at most, I said.
If the brigade that did this catches up with him, it won’t just be the two of you they get rid of, he said. There’s no gold bracelet or watch that pays for that, you get me?

And he’s lost a load of blood and there’s a good chance the infection will spread.
He took a mentholated cigarette from one of his pockets. He placed it between his lips but didn’t light it.
He said:
I don’t like to tell you this, but I’d put his chances at thirty percent.
I wiped my mouth with the back of my hand and looked at him angrily, but I didn’t do anything, I didn’t speak. The heat in the cellar was unbearable, the drops of sweat ran down my neck, my cheeks and my forehead. I stared at the floor again, hundreds of thoughts running through my head. My hands were trembling, I clenched my fists and looked at the fat guy again, standing there sweating as he washed the instruments he’d used to remove the bullet. When he’d finished, he hung them on one of the walls.
You can sleep here, on the floor, he said. I’ll bring you a blanket but you have to leave first thing tomorrow.
It was already night when I went out to hide the car behind some trees. I heard footsteps, drew the Glock and pointed it at the figure that had appeared.
I just came to see if you needed help. Your brother’s asleep, said the fat guy.
I’m fine, I said, putting away the gun.
Who wounded him? he said.
The general’s brigade.
I couldn’t see his eyes in the dark but I could have sworn the name made him stagger. Something clicked in his brain, something changed in his breathing, in his stance.
You’re both dead, he said. It’s just a matter of time.
I rubbed the back of my neck. The stress had been snapping at me for hours.
He said:
I hope you really fucked them up, that way whatever’s coming to you will have been worth it.

You’ve got balls, he said, and smiled, and it was the first time I’d seen him smile.
When was the last time they came this way? I said.
Couple of weeks.
He took a mentholated cigarette from one of his trouser pockets and lit it. They weren’t easy to come by, maybe it was one of the privileges he had as the doctor of the commune, for living like a mole in that filthy cellar. He offered me a draw, but I refused. He took a bottle from his bag and drank.
Culipi, he said. They make it in the fourth house, that one there, on the right. The one they painted blue.
I took the bottle and drank. It burned my throat, it was weeks since I’d had any alcohol. I spat. I drank again even though my stomach was throbbing with nausea.
How long have you been here? I said.
Seven years.
And before?
Just in the city, when you could still live there.
He drank and passed me the bottle. I drank and gave it back to him.
No, he said after taking a draw that consumed most of the cigarette.
Keep it, he added.
He turned and disappeared into the darkness. 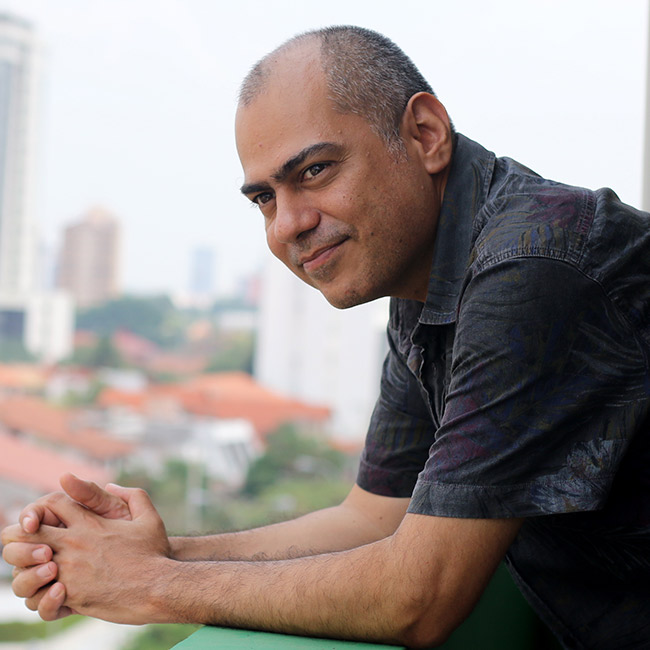 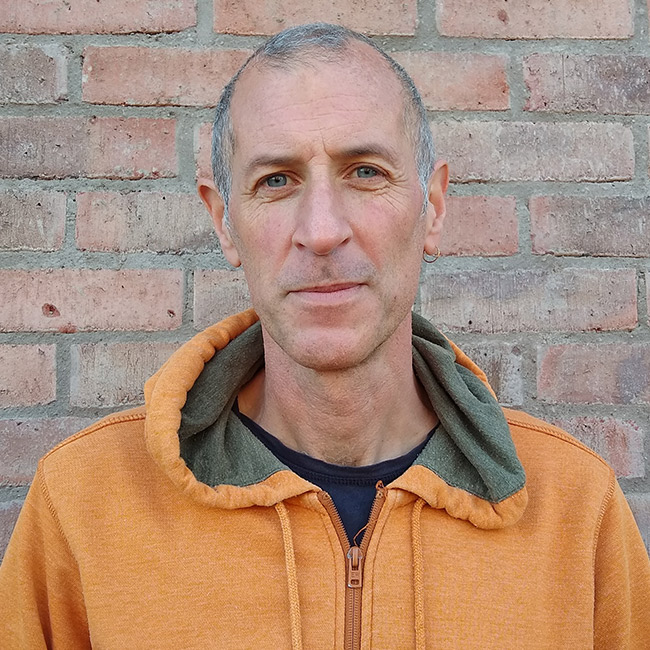 Tim Gutteridge is a Scottish translator who works from Spanish into English. His recent translations include Crocodile Tears, a thriller by Uruguayan author Mercedes Rosende, and The Mountain That Eats Men, a nonfiction account by Spanish writer Ander Izagirre of life in the mines of Potosí. He has also translated numerous plays including Jauría, Jordi Casanovas’ documentary text based on a notorious gang rape case in Spain, and The Swallow, Guillem Clua’s piece inspired by the terrorist attack on a gay nightclub in Florida.