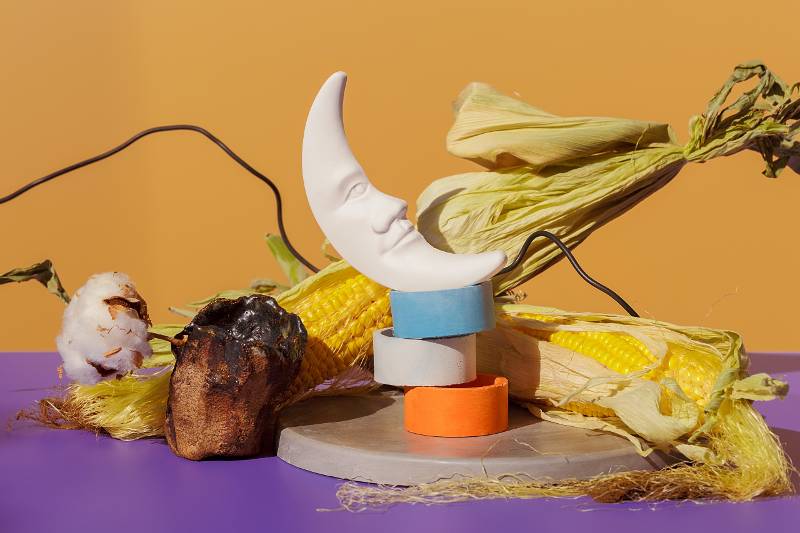 To Make a Cake Without Milk

The method will depend on the type of oven,
as with everything: low heat is recommended,
slow, for around forty to forty-five minutes,
but each kitchen, like each tin, is particular
and it’s useless to set exact measures for all.
I suggest a decent teacupful of maize oil
(don’t mix), one and a half (near two) of sugar, bowl
and whisk, whisk: tilt the container, stiffen the arm
or set the machine to maximum. Oh, also
two eggs, and whisked well until the mixture thickens.
Then add two cupfuls of boiling water.
The mixture will froth up. Let it sit for a while.
Meanwhile, mix separately three cupfuls of flour
(this should already be well sieved) with a spoonful
of Royal, one of bicarbonate (could be less,
more, you’ll see). Mix it all and whisk. Very gently:
you have to make the batter lose consistency.
The rest you will know: grease the tin, dust it with flour,
and oven. Titi Trujillo adds a small glass
of port. Titina Lancioni, coffee liqueur
or vanilla. Others put in apple slices,
raisins, chocolate, cherry. It depends on your taste,
on your inventiveness, or what you’ve got to hand.

The Minor Poet on the Birth of his Son

Having found—after days of searching—his pencil
hidden in the cabin of the toy fire engine,
and having witnessed the independent judgement
of his heir, who tears to bits the better pages
while sparing the indifferent, the minor poet
decides to discuss a key matter with his wife:
organization of time and space for his work
in the house after the arrival of their son.
This conversation touches on many topics:
the purchase of groceries and cleaning products,
the payment of bills, taking turns minding the child,
ensuring fun, feeding and hygiene for the boy,
the absence of that fun, feeding, care and hygiene
for the two adults, the need to make a record
of the child’s first steps, the frequency of use of
—to employ a term of the vulgar—the dummy,
friendly ways of keeping the grandparents at bay.
When a mutual silence indicates the ending,
the minor poet understands that his concerns
have been displaced by other considerations.
That night, like an inspiration-filled romantic
taking advantage of silence among mortals
to let flourish the winged spirit of his verses,
for hours and hours he sings a lullaby.

always making the same operation
via a mechanism that asserts
circulation counts, not destination:

it is reversible, with up or down
interchanged using a simple device
that, however, may fail if overused.

It is worth, I will say, not reflecting
on the likelihood of an accident
but thinking from this apparent movement

to what links the development of substances
and that of companies, reworking the return
into constant displacement across the planet

at the start or finish of this automatic stairway
marking the slip from a war footing to another kind:
a fusion written THYSSENKRUPP into the cast steel base.

Beyond alarm for the future’s future
the rising temperatures in the Arctic
that day by day thin out ice packs and floes
don’t necessarily equal bad news:

litigation over territories,
scandals, like a metal Russian flag set
on the bottom of the marine depths
meaningless in law but good for showing

a national history of strategies
to charge across cold, metaphor and real,
manifest now in an icebreaker’s force
which with its alloy-strengthened double hull

Ccompis Leona Amachi Rosada Clavel
Maru milku Puka simi Puka pampiña
Canchán Pillpintuy Maru piña Yungay.
There are more than three thousand names to say
more than three thousand flavours for the tongue.
Under the awnings the concrete market
spread out in the square down in the valley
exhibits a range of forms and colours
whose most abstract significance boils down
to an option white and omnipresent
with goals of industrial multiplication.
A sign hangs over each assembled heap
above each one of the opened-out sacks
carried in lorries from the high hillsides
where they protect from the mould and the blight
fragile memory against the univocal.
It’s best to choose them one by one by hand;
look it in the eyes, squeeze it and ensure
it’s smooth, it’s firm and it’s not watery.
The mariva turns gold: good for filling.
The huayro is absorbent: works well
in juicy stews and dishes with salsa.
The peruanita’s tasty with salt;
better if you put it with some butter.
The tarmeña cooks well in the oven.
The huamantanga peels easily.
The sirina offers vitamin C.
With the guinda gaspar you’ll live more years.

Mark Leech is a poet and translator. His translations of Mirta Rosenberg, in collaboration with Ben Bollig, have appeared in Modern Poetry in Translation and Latin American Literature Today. His poem sequences, Chang’an Poems and Borderlands, are published by Original Plus Press. 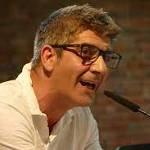 Sergio Raimondi (b. 1968, Bahía Blanca, Argentina) is widely acknowledged as Argentina’s most important and influential contemporary poet, with an international reputation in and beyond the Spanish-speaking world. His books include Poesía civil (2001) and Catulito (1999, 2017). He was awarded the Guggenheim Fellowship in 2007. He teaches literature at the Universidad Nacional del Sur and was for many years Director of the Museo del Puerto de Ingeniero White. 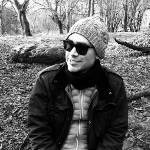 The military parade has finished. / Now bums stroll the pier, / an alley where no one finds a peaceful death. // This year there were fireworks / and the…

Let us offer the word and gather a face, / let bone listen to the grey rock, / let us spread the great corn sheaf’s breath / and share a…

Since her celebrated book El núcleo del disturbio, published in 2001, Samanta Schweblin has displayed a clear insistence on one of the most traditional and protean formats in literature: the…