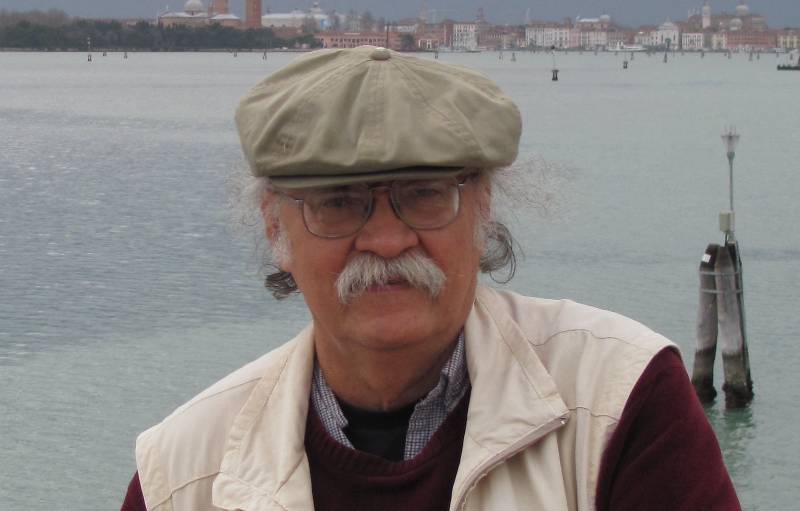 (Yes, Armstrong, you’re right
it made the night too long,
it gave us life with love)

(Ray, lead us with your blind cane
through the Dangerous Region of the Mind
and surprise us again)

(I’m walking through heaven with you,
repeated Jimmie with his feet prepared to dance)

Mute
with
Limbo
and
the Sound
of
Nothing

You swallow it whole
you who disbelieve
that I’m whistling melody
with Thelonious Monk
and Charlie Parker
and all those guys that came tonight
to my room with the story about the streetlight like a serenade
What do you say?
Silence
They’re singing

The singular movement of the leaf on a lemon tree put the
entire house in motion
At ground level a light smoke dissipated the house’s shadows and left, out in the open,
the sweet brick of the ancestors
The old mahogany chifferobe was all stifled laughter and the soft footfall
of gloves
The wooden beams of the ceiling and the spider’s bracings trembled like a trapeze artist
poised in heat
The candle on the altar in the corner was already extinguished and did not move—
At the edge and in the center of an adobe wall there were now doors
and windows swaying back and forth with dry and monotonous banging
The sun had its opening as it waited adding and subtracting upon the shutters
and the wicket doors
In the fragility of its bonds and the thin rope on which it hung the hammock said yes or no
The lone butterfly dashed quickly as high as the pitted and solid bench
that sat waiting in the hallway
from whence the smoky kitchen made a subtle display of embers and ashes
Old pots the deposit of maxims and perfumes
Desert of dried grains and florid legumes
Firewood already moldy and the rebirth of parasites
Sluggish cavity of the fireplace and its allure
Plates and cups chipped by the incessant pealing of use
Bowls hung on the wall like a hanging question mark
Down the patio where the hens leave their marks the three lines and the period fade away
walking like a murmur that was nothing more than the brushing and rubbing of naked skins over the grass
The sky hung from a high noon that was a grey cloud and many white and blue
It was only a plural movement of feet like leaves cut from a plantain tree
A singular movement that afternoon
but as soon as the lemon tree stood still
Everything in that place continued on as before

At times I think that life goes about taking our clothes off. At least I find myself without that shoe that walked down Seventh Avenue in Bogotá one night that came out of the inside of a time worn thin by waiting; the leather jacket, of dubious origin, came apart against the chairback of the bar where the infidel bohemian waned pale from cheap liquor every night; a shirt that Rolf, the German, hadn’t painted, ended up a dirty rag in an apartment in Valle Abajo; my jeans that died frozen in the treeless highlands above Mérida, their fly still in perfect shape;  my striped t-shirt sported a bullet hole in the chest when I lost sight of it in Puerto La Cruz; my briefs ended up serving as a bed for Agapi, Sebucán’s white cat. It is strange, this life that strips us bare only to dress us up as someone else, time after time.

What a multitude of crosses and signs
on the iconostasis of the Church of the Transfiguration
in Pantocratoras.
Everyone who wrecked his body to fatten up his soul,
walks through these heavenly frescos painted by Panselinos:
Saint Anthony of Memphis, father of the desert fathers,
served God burying himself in the dark life of the caves;
Saint Pachomius, model of hermits in the image and likeness of those monks that are today and ever shall be;
Saint Macarius the Great, a stigmatic, 60 years in the desert, father of the danse macabre;
Saint Paul of Thebes, took up residence in a cave for one hundred years until Saint Anthony, with the help of two lions, buried him in the desert;
Saint Moses the Black, a ruffian turned to God and to being monk in the desert;
Saint Onuphrius, whose beard reached the ground of this earth and bound him forever in the depths of the cave;
Saint Symeon the Stylite, perched forever on a pilaster of five meters, on his left foot one year, on his right foot the next. A rope sunk into the rotten flesh of his body, from which the worms were continually falling: “Eat of that which God has given you” he would tell them, with his blessing;
Saint Daniel at his side, like the shadow of the man with no shadow.
The long row of hermits and anchorites
—Saint Nilus, Saint Ephraim, Saint Moses, Saint Peter the Athonite,
Saint Paul of Xeropotamou—
becomes lost in the darkness and in the blurred years of the iconostasis
but there, with humility and pride
are to be found all those who with anguish made a hell of this life,
in order to gain a sweet heaven of ripened figs,
an open-mouthed eternity stood before God.

It wasn’t because he was historical or Egyptian

It wasn’t because he was historical or Egyptian
that the Greek, Constantine Cavafis,
forgot that the story
begins the very day we are living,
and that Alexandria is as much sand
as it is sea and wind.
In the byzantine countenance of a ephebe
he saw the hidden god of the ancients,
and in the meanderings of time
the same light that illuminates us
opened up to him.
He knew that his Greek was a language
of words that are made in the sea,
which, upon emerging, become islands,
and through his eyes we saw how joy
was dissolved, the pleasure of life itself
in this land of millenniums,
thanks to the advent of the one god,
the god of eyes lifted unto heaven
for ascesis and torments.

From the book From the Air to the Hand / Del aire a la mano, ArtePoética Press, New York, 2021 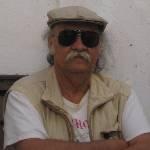 Matthew Fehskens (Fort Wayne, Indiana 1981) is an active scholar of Hispanic Modernism, translator, and author of short stories. His research focuses on the transatlantic dimension of Literary Modernism in Spanish.He is presently finishing a study of the prophetic discourse in Spanish and Spanish-American poets, titled “Towers of God: The Vates Poets of Hispanic Modernism.”

Tribulations of an Anti-Plagiarism Censor

I never credited the author. But I did put the poem in quotations. That was the exercise: guessing who the author was. A few dared insinuate that the poem was…

October 8, 2021 marked the centennial of the birth of Jaime Saenz (La Paz, 1921-1986), a poet and prosist recognized as one of the fundamental writers of Latin American literature….

Pibesa, the Girl Who Doesn’t Know What to Do With so Much Youth

The following text explores a very significant chapter in the life of the Chilean writer Juan Emar. It also discusses the story “Pibesa,” from the collection Diez, published in Chile…