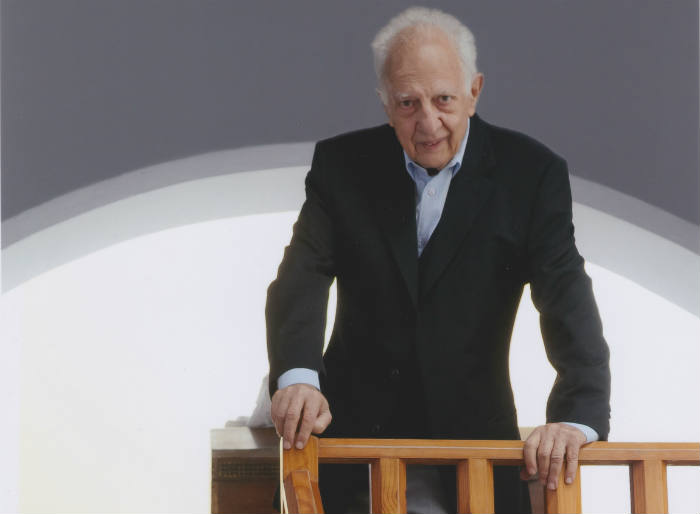 Sergio Pitol: A Literary Ambassador from Mexico to the World

Writing the introduction to a dossier dedicated to a writer of Sergio Pitol’s stature is a daunting task. How does one summarize in a few hundred words the thousands of pages written, tens of thousands of pages read, scores of books translated, dozens of countries visited, over the course of eight-and-a-half decades? Writer, reader, critic, editor, translator. In short, one of Mexico’s great polygraphs.

A member of the mid-century generation, Pitol is one of only six Mexican writers, including José Emilio Pacheco, Carlos Fuentes, and Elena Poniatowska, to have won the prestigious Miguel de Cervantes Prize. Of his compatriots and cogenerationists, Pitol is the least known to English readers. Indeed, until the publication of my translation of The Art of Flight in 2015, only a handful of Pitol’s short stories were available in English.

The reasons for this are uncertain and admittedly varied. Ignacio Sánchez Prado, however, offers a convincing explanation. In a conversation with Washington University’s Center for the Humanities, Sánchez Prado states, “[Pitol’s] the kind of writer that an agent in the United States wouldn’t be interested in because he doesn’t represent ‘The Mexican,’” adding, “In a way, he’s punished for being cosmopolitan because he’s not someone like Gabriel García Márquez or Roberto Bolaño, who represent an idealized version of Latin America for consumption by non–Latin American audiences.”

Even more surprising is Pitol’s relative obscurity in his native Mexico, which the writer acknowledges in “A History of Some Prizes,” which we reproduce in this dossier. “For many years,” he writes, “I wrote from Europe and published in Mexico in small editions. My books received very little critical attention for years here. I had from the beginning a handful of enthusiasts, but also some ill-wishers, who considered my narrative antiquated [and] out of fashion.”

So who is this enigmatic, and to many still unknown, writer?

Sergio Pitol Deméneghi was born in Puebla, Mexico in 1933 and lived a childhood was marked by personal tragedy and illness. Already by the age of four, both his mother and father had died, his father of meningitis and his mother from drowning, which the young Pitol witnessed. Two weeks later, his younger sister would die. Following the death of his parents and younger sister, Pitol and his older brother Ángel, three years his senior, were sent to live at the Potrero sugar mill in the coastal state of Veracruz, which serves as a setting for many of his first short storie, and where he would live with his maternal grandmother, Catalina Bouganza de Deméneghi, and maternal uncle and legal guardian, Dr. Agustín Deméneghi. His memories of life in Potrero are bittersweet, although the tragic events of his childhood are largely absent in his autobiographies, with the exception of his essay-memoir The Art of Flight. It is understandable that Pitol would choose not to relive in great detail the trauma of his infancy, the death of both parents, of his younger sister, and recurrent malaria that kept him confined to bed, intermittently, until the age of twelve, during which time, his only refuge was books. While bedridden, unable to play with other children, books would become for Pitol a source of solace and company. Reading would remain the writer’s great passion, an activity that would not only occupy his time but also inform his creative production, as writer, critic, and translator.

To read the three volumes that make up the Trilogy of Memory, The Art of Flight, The Journey, and The Magician of Vienna, is to read a history of Pitol’s lifelong love affair with world literature. It this way, these books can be read as a kind of literary bildungsroman. They are, too, a record of Pitol’s world travels, which would absence him from his native Mexico for 28 years, in many capacities, but principally as a member of Mexico’s diplomatic corps, culminating in an ambassadorship to the former Czechoslovakia.

In 1988, Pitol would return to Mexico and retire to Xalapa, the capital city of his native state of Veracruz, to a life dedicated to writing and translating. It is here where he would publish the second and third novels (Taming the Divine Heron and Married Life) that comprise his Carnival Triptych as well as the essay-memoirs that make up his Trilogy of Memory.

This period of productivity, however, would be interrupted by a diagnosis that would change his life.

During the 2000s, Pitol would travel to the La Prada Clinic in Havana, Cuba for treatment for a neurological disorder that was beginning to rob him of language. In Havana, his days are spent reading, writing, and receiving experimental treatments that would eventually prove ineffective. In a diary entry dated 28 May 2014, he writes:

“Today is my last day in Cuba; early tomorrow morning we fly to Mexico. Tonight we bid farewell to Havana. It had been several months since I was able to write, since January, I think. The words escaped me, they came out halfway, I was confused about conjugations, about the use of prepositions, my tongue became paralyzed. As I tried to read what I was inflicting on my notebooks in recent months I found fragments of something like a Finnegan’s Wake from the Paleolithic Era carved in stone by some bewildered Neanderthal.”

In 2013, while visiting Cuba, I learned that the Maestro was in Havana. I had just begun my translation of The Art of Flight and desperately wanted to meet the man who had become my daily obsession, which led me to make a frantic attempt to arrange a meeting with him. Unfortunately, the meeting did not materialize. Not long after, I learned from Elena Poniatowska that Pitol had been advised during that trip that he need not return to the clinic for treatments. The prognosis was bleak. Pitol would eventually lose ability to communicate. I cannot express how distressing this news was. A man whose life was dedicated to language, in its many creative and complex expressions, would lose that which meant most to him.

As his ability to communicate waned, however, he was able to find the words to dictate the following email: “Your interest in my work fills me with happiness and gratitude. I would love nothing more than to see my Trilogy of Memory translated into English, a language that I adore and in which none of my books exists.” These words stayed with me as I labored over the translation of his Trilogy of Memory and inspire me now as I compile this dossier.

Among the pieces included here are articles by old friends and new admirers, each of whom comment on different aspects of Pitol’s long and distinguished career as writer and translator.

In “What She Understood,” whose title evokes Henry James’ novel What Maisie Knew, which Pitol translated into Spanish, Pitol’s compatriot and close friend Juan Villoro provides us with a nuanced reading of “Mephisto’s Waltz,” one of Pitol’s most complexly constructed short stories, which we have included in this dossier. In “Pitol, a Lifelong Project,” Venezuelan novelist Victoria de Stefano offers us a personal account of her relationship with Pitol’s work, as both translator and writer. Colombian writer Darío Jaramillo Agudelo, whose work Pitol extols in The Magician of Vienna, provides a glimpse into Pitol’s life as a literary translator in “Sergio Pitol, Translator.”

From the generation of young writers of have discovered Pitol in the last 10 years and are largely responsible for resurrecting his work, we are honored to include an insightful essay by Mexican novelist Daniel Saldaña París titled “Taming the Divine Form,” a celebration of Pitol’s novelistic carpentry. In “Sergio Pitol, a Heterodox Editor,” the young Mexican scholar Ana Negri uncovers Pitol’s little known role as editor of the translation series Heterodoxos, published by Tusquets, during his two-year residence in Barcelona.

The pieces written by Pitol that we include in this dossier represent the trajectory of Pitol’s writing, from the very early “Victorio Ferri Tells a Tale,” to “Mephisto’s Waltz,” written during his residence abroad, to “An Ars Poetica,” an essay on writing that appears in The Art of Flight, arguably Pitol’s most recognized work, and “A History of Some Prizes,” the address he read upon accepting the Juan Rulfo Prize in 1999.

I would like to end this admittedly incomplete introduction to Sergio Pitol by returning to Ignacio Sánchez Prado, who, writing in the Los Angeles Review of Books, identifies the importance of Pitol’s work and its belated arrival into English, a project to which I have dedicated the last five years of my life and in which Latin American Literature Today is honored to participate.

“A Mexican writer who finally reaches the shores of the language that he so lovingly translated, a witness of the history of the Eastern bloc from a perspective few other writers provide, a man of letters who believed in the emancipatory power of literature […], Pitol provides us, through his work, a taste of a literature that could have been, and that perhaps we can begin to reclaim.”

Finally, I would be remiss if I did not acknowledge Pitol’s family, his cousin Luis Demeneghi and his nieces María and Laura Demeneghi, who are dedicated not only to the care of Maestro Pitol, but also the custodianship and dissemination of his vast literary legacy. 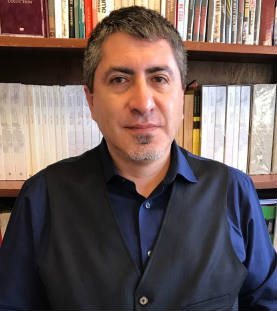 Marcelo Rioseco is a poet, fiction writer, essayist, and Editor in Chief of Latin American Literature Today. Since August of 2009, Marcelo has worked as a professor of Latin American literature in the Department of Modern Languages, Literatures, and Linguistics of the University of Oklahoma.

“Ever since the moment that he, the younger brother, was dead, everything else should have died too.” That sentence ties many knots between two or three characters; the next death…