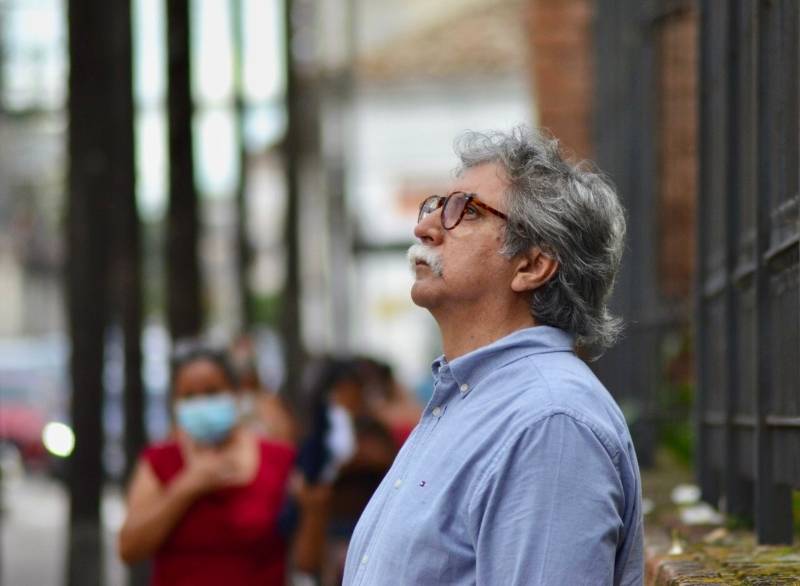 The first one on the left, with the thick moustache contrasting with his deeply receding hairline, arrived in the Amazon jungle, leaving behind a checkered past. Most likely English, he was ambitious, in search of instant riches, and the moment he set foot in this land, he got involved in the rubber trade, where he found more than balls of rubber. A year after this photograph was taken, he met up with a venomous yoperojobobo that was slithering around the leaves of the rubber trees, waiting for him.

The second one, who came from the warm lands of the Mediterranean, loved adventure. He told so many stories about his past that in the end no one knew what was true. He used to say that money and power never come separately, but that didn’t keep him from marrying a rich heiress, possibly the woman seated behind him. He lived a long life and went forth and multiplied.

The third, whose face is barely visible, was a secretive, impenetrable man. Some thought he was German, although he claimed to have been born in Austria. He was the first person to bring a gramophone to this area, along with a rich collection of Johann Strauss records, records that were unfortunately lost, although according to musicologists, they survived in one or another distinctly beniano waltz.

The fourth one, a gringo more common than the word “armpit,” always said “it was better to be first in a province than second in Rome,” a saying attributed to Frederick II, although strictly speaking it was from Julius Caesar. He achieved his goal: he amassed a considerable fortune thanks to moneylending. Because of that, no one except his wife had much respect for him.

The next one, fifth in the row, was an inveterate gambler and womanizer, in other words, a show-off, and he never earned an ounce of respect. He had, without a doubt, an uncanny way with dice, especially when he rolled them. He never married because he simply hated women. In their beauty is death and, in their smile, hell. I can fall into their arms, but never into their hands. In the whole wide world there is nothing worse than a woman, except for another one. These and other phrases, which you can still hear in local bars, earned him immortality.

The sixth man, short and plump and of Italian origin, was a model husband until the day he resolved to escape from his daily routine and rebel. His wife, a robust woman from Manaos, set all the gods of Macumba upon him and calmed him down. She never attempted to repeat the deed, and couldn’t explain the mysterious power of those jungle divinities. When he went to the Reverend Camivella, whom he thought was a fellow countryman, he got a big surprise: it turned out that Pedro Carnivella was actually Pedro Yomeye, cousin of Locajarichi and a descendent of Jumeruco, who was known as the Great Chief.

The seventh one, on horseback, came here as a mechanic for the Casa Suárez railroad, and never gave up hope of returning to Europe. He was always seen, as he is here in the photograph, peering into the horizon from any port on the river. He never did return, because there was always another machine or another reputation in need of immediate repair. He had a lot of children.

The eighth, with the sad look on his face, never changed his expression from the first moment he arrived one cloudy day, with a cardboard suitcase that soon became an exotic feast for cockroaches. He spent the first days of his stay in the Beni writing letters to his fiancée, whom he pictured seated in the park in Lyon, silently waiting for him. He stopped writing when he learned, by chance, that his fiancée had married a baker five years before and already had two children.

The ninth, Spanish and an anarchist by nature, came to this area with one clear intention: to find a human community in which it would be possible for his ideas to materialize. Tired of looking for someone to listen to him, he dedicated himself to business. Of course, his robust blasphemies never ceased, a fact that got him into a lot of trouble with parish priests and devout women. He made his wife promise that on the day of his death she would prevent the sacrament of Extreme Unction from being given, a promise his wife didn’t keep although he never knew it.

The one in the back in the shadows, the tenth, was the most mysterious man ever known in this area. He was always hard to pin down. Perhaps it had something to do with that vague reference L.A. Truco made in one of his letters to Nicolás Suárez: “A German, a former employee of Orton to whom D. Bruno had offered 500 pounds to assassinate the undersigned…” Because he never succeeded, even though he wanted to do it, and he was never paid, the offer was in danger of coming up before Judge D. Bruno. He was alerted by someone and escaped to Guayaramerín. What happened next? No one knows.

The eleventh, the one with the small, waxed mustache, a self-proclaimed philosopher in addition to being a polyglot—because of which no one knew where he came from—is unquestionably worthy. He founded a library that no one visited, because in those times it was easier to read the stars than the difficult symbols in books. As an anti-Hegelian, he spent his life trying to explain that the idea of reality encompasses everything, and he never recognized that imperceptible moment in which he penetrated the barrier of fiction and was trapped, like one more character in a book of stories.

The twelfth one, in profile, was a scoundrel of the first degree. He maintained that work was a result of a failure of imagination and that the art of living consisted in not working, or in other words, living off the work of others. Which, as the pot said to the pan, boils down to the same thing. He stole the wife of an absentminded Dutchman, who at the time of the abduction, according to the gossipmongers, had a thousand head of cattle.

The last two were recruited by Don Antonio Vaca Díez to work as foremen on the Orton Company’s roads… but that was not really the case. A few days after their arrival it became apparent that the real reason for their presence on the rubber plantations was something else entirely: protecting the boss’s life. They never left his side and always went around in uniform, armed to the teeth. When he died, they did an about face and became businessmen.

As for the six women seated in front, the photographer who took the plate, Erohom Ovalhcar, left not the slightest reference. Because they’re dressed in white, it’s easy to assume they were the wives of some of the characters already described. They all have something in common: dark complexion, dark eyes and long, black hair, arranged for the photo according to the dictates of European fashion. 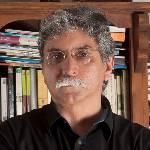 Homero Carvalho Oliva (Santa Ana del Yacuma, Beni, Bolivia, 1957) has published books of short stories, novels, poetry, and essays. His short story collections include Biografía de un otoño, El rey ilusión, Seres de palabras, Territorios invadidos, and Ajuste de cuentos. His stories have been included in several Bolivian anthologies, such as Antología del cuento boliviano contemporáneo, The Fat Man from La Paz, El nuevo cuento latinoamericano, Antología del cuento latinoamericano del siglo XXI (compiled by Julio Ortega), and Se habla español, which brings together the finest current Ibero-American fiction writers. Portions of his work have been translated into several languages. His short stories have been featured in literary publications both within and outside Bolivia, in Peru, Colombia, Spain, Argentina, and Brazil, as well as the United States, where he was selected for a collection of Amazonian literature.

Barbara Paschke has been involved in translation for many years, as both a translator and translation advocate. Her publications include Riverbed of Memory; Volcán; Clandestine Poems; New World, New Words; and literary travel companions to Costa Rica, Cuba, and Spain.

The highway is a straight line. Cristobal drives in silence. It’s January and we are travelling south. Cristóbal’s grandmother has a little house in San Ramón. The sun hasn’t set…

Borders of Language: Albalucía Ángel between Literature and Mysticism

Reading and becoming acquainted with the work of Albalucía Ángel has been one of those rare, almost mystical experiences that, in recent years, have led me on a journey…