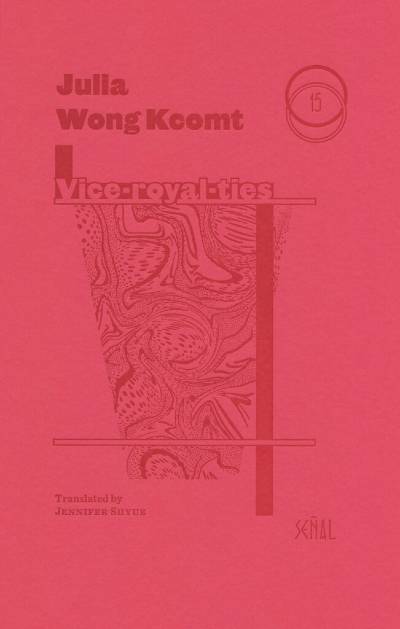 Vice-royal-ties is the book-length English-language début of the tusán (Chinese Peruvian) writer Julia Wong Kcomt. The title of Bi-rey-nato, Wong Kcomt’s sixth poetry collection, is a homonym for “virreinato” or “viceroyalty,” but can also be broken down into its component words: “bi” (bi/two), “rey” (king), and “nato” (born). Likewise, these poems—which Brandon Shimoda calls “lucid, lactic, slyly sensuous invitations into hypervigilance” and Katrina Dodson says “sweep you into the tender points of the diasporic soul”—play with binaries: in power, love, language, country, identity. The saline air of seaside Lima, the setting of the first section, crystallizes into the salt that trails through the second section, set mostly in Argentina. Vice-royal-ties is #15 in Señal, Ugly Duckling Presse’s Latin American poetry chapbook series.

If I possessed the freshness of twenty madreselva blooms
I would start over with my love in Macau and in
Portuguese.
The sertão becomes a second skin.
Strange, a green sugarloaf,
assemblage of words with navy blue that
stimulate proper digestion.

My almanac is full of forms in English, in
German, in Spanish.
My heart, how do I make space for a new
landscape? Do kisses exist in Portuguese? What part
of love is written in Portuguese? How do I unplug
this glossary?

The world is a phenomenon unchaining
offensive bubbles.

Now I see a lovely little boy, a man who looks like
un pão               a piece of
de povo.            people’s bread
And I see witches and incomprehensible dances,
flickers of
a rusted woman in Oceania.
In front of me, a man occupied by many voices.
But this is another nightmare: after the towers
fell, we women couldn’t love in all
languages, nor
choose the nationality of our lovers.

(I am not from the sierra,
I don’t speak Quechua,
it’s all the same
to be from Chepén or the Himalayas,
but you only get one mother.)
Madre
hay una sola.

That ought to be enough for the sea to part in two
so I can walk all the way to Macau. 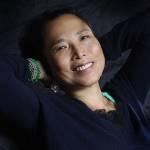 Julia Wong Kcomt was born into a tusán (Chinese Peruvian) family in Chepén, Peru, in 1965. She traveled from an early age, and her perceptions of country borders, different cultures, and diversity in ethnicity and religion became a strong motivation to write. She is the author of seventeen volumes of poetry, including Un salmón ciego (Borrador Editores) and 18 poemas de fake love para Keanu Reeves (Cascada de Palabras, Editorial Baluarte); six books of fiction; and two collections of hybrid prose. She currently lives between Lima and Lisbon. 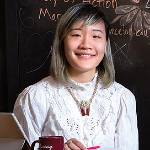 Jennifer Shyue is a translator focusing on contemporary Cuban and Asian-Peruvian writers and assistant editor at New Vessel Press. Her work has been supported by fellowships and grants from Cornell University’s Institute for Comparative Modernities, Fulbright, Princeton University, and the University of Iowa and has appeared most recently in Action Blog, AGNI, and SP Blog. Her translation of Vice-royal-ties by Julia Wong Kcomt is forthcoming from Ugly Duckling Presse’s Señal chapbook series. She can be found at shyue.co.

Only an idiot could believe that all Latinas could have the good luck of a J-Lo.

From The Last Twist of the Knife

After a quarrel, an ageing lawyer leaves his wife and travels from Brasília to the dry, lawless backlands of Brazil’s northeastern plateau, where he grew up. He has vague…

Failure and Allegory: Progression in the Poetic Narrative of Francisco Bitar