The Master’s in Creative Writing: Writing in Community

I’d been living for a long time in Córdoba, the city where I’d studied and where I stayed to work after finishing college. I was about to turn 32. I’d been coordinating writing workshops since I was 24, and I’d published a couple of short story collections. Another book, which was already finished and partially accepted by a publisher, was delayed and hadn’t come out yet. And then, the news came: I’d won a scholarship to pursue the Master of Fine Arts in Creative Writing in Spanish at New York University.

Somehow, in my memory of those years, the experience of pursuing a master’s degree overlaps with meeting a city as vital and diverse as New York, and at the same time, meeting fellow students, professors, and workshop coordinators from all over Latin America. That was one of the first things that surprised me: suddenly my field of reference and readings, which in previous years had been somewhat limited to the literature, agenda, editorial news, and predominant topics of conversation at the time in Argentine literary circles, expanded and broadened so much in a matter of months that it almost burst.

What for me had been up to that moment fixed and firm references were compared and contrasted and became relative through thousands of other references, other views, other authors, other readings, and other takes on those readings and those authors, as well as through debates and discussions with other voices, with other intonations, and on topics, books, and authors from other literary fields. Meeting colleagues from Mexico, Colombia, Peru, Chile, and Spain, with their own readings and ways of reading texts, allowed me to slowly—and not without some initial reticence—begin to think about reading and writing from a new place that was much broader and more diverse.

Furthermore, most of the references and authors that were mentioned in the workshops were not only unknown to me, but, in Argentina, it would’ve been difficult for me to have access to them. Their books were not distributed in my country, or would trickle in, or, as imports, were very expensive. Discovering that many of the program’s books were freely available at the university library was another great moment from those two years. While visiting New York’s museums and galleries and finding myself for the first time face to face with the works of many artists whom I’d always admired but hadn’t had the opportunity to see in person, I would always carry books in my backpack and read the Latin American authors who would become fundamental to me over time.

I remember reading Igor Barreto and the descriptions of his childhood Venezuelan town while waiting in line for one of the free admission afternoons at the MoMA. Sergio Chejfec had assigned us this text in one of his classes, and at that time there was something that really stood out to me in Barreto’s poetry, but that I wasn’t able to fully grasp. I read some of his books, I finished some of them, I maybe got halfway through others, and the reference stayed there, floating in my head, as my attention quickly moved on to new places: other authors, or maybe something I’d seen at the museum, or a film series, or who knows what, and suddenly, I’d forgotten about Igor Barreto.

That’s another one of my impressions from those years: a very high level of exposure to new stimuli, new connections, new landscapes, new territory, and so little time to process them, to digest them. In that sense, the relatively calm years following the master’s program were like a continuation of its classes. I needed some time to let everything slowly decant, to go back to ideas that had come up there for the first time, to reconsider positions or points of view that at first seemed fixed to me, and that, with time, I learned to examine, to look at once again, to consider from a different angle. I needed time to take up reading Barreto again, to identify what it was about his poetry that seduced me so much and to start thinking about those gestures, those approaches to writing, as possibilities for my own writing.

Before pursuing a master’s degree and as soon as I moved to Córdoba, I participated for a couple of years in a writing workshop coordinated by Lilia Lardone. After the 2001 crisis in Argentina, with Lilia’s encouragement, Luciano Lamberti and I started to coordinate workshops ourselves. Lilia, along with María Teresa Andruetto and other women authors from Córdoba, proposed a space for horizontal and collaborative workshops. I always remember something Lilia told me: workshops aren’t “taught,” they are “coordinated”; workshop attendees are not “students,” they are “workshop participants.” At the workshop, the coordinator’s voice would keep time and resume and conclude the feedback at the end of the round. The markings on the texts were meticulous. Feedback demanded caring but extreme honesty: what was important was to find ways in which the text could grow. They were workshops that, above all else, were intended to promote the desire to write.

A good part of the Master of Fine Arts in Creative Writing experience consisted of participating in workshops and, for me, meant coming across other methods and other ways (other devices and perhaps other traditions) of coordinating and participating in a workshop. In some cases, it was a matter of more hierarchical, almost vertical workshops. In other cases, it was workshops where the coordinator’s participation was caring but distant. There were also workshops where there was a lot of space for debate and the possibility of taking a text apart in order to reach its deepest layers. There was also the occasional workshop where the only thing at stake was a battle of the egos.

Looking back on it now, that exposure to multiple types, ways, and methods of coordinating a workshop and to what a workshop could be, allowed me to compare and contrast, to observe with some distance, to weigh the role of a workshop in the writing process. I don’t think attending a workshop or getting a master’s degree in Creative Writing are necessary to write. However, I do think a workshop, any workshop, provides possibilities for finding peers, for putting together and participating in a tiny community of peers: in theory, to slightly ward off the solitude that writing always entails, that seclusion with the text itself that sometimes can become ruminant and obsessive, and that little by little sucks out the air needed for another reader to inhabit that text as well.

But also because that community setting can allow you to compare and contrast your own voice with others, so that, gathered around the workshop table, I can see what is reflected back at me in my peers’ feedback, how other voices make space for themselves in what I thought was mine. To see what they find there and thus be able to glimpse that place that is always so difficult to access: what is it that I don’t know and that’s at stake in what I’ve written? And once you catch a glimpse of it: grab on to it firmly, go further, keep writing, keep digging, going deeper until you reach the bone.

Mireille M. Mariansky studied Translation and Interpretation at the Middlebury Institute of International Studies at Monterey. She previously studied interpretation at York University in Toronto and holds a BA from the University of California, Davis. Born in Mexico City to Mexican and Argentine parents, Mireille now lives in northern California. 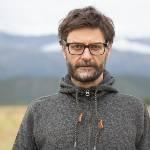 Federico Falco (Córdoba, Argentina, 1977) is a writer. He earned his undergraduate degree in Communication Sciences from the Universidad Blas Pascal and completed a Master’s in Creative Writing in Spanish at New York University. He has published the short story collections 222 patitos, 00 (both in 2004), La hora de los monos (2010), and Un cementerio perfecto (2016), the short novel Cielos de Córdoba (2011), and the poetry collection Made in China (2008). In 2010, he was selected by Granta as one of the best young Spanish-language fiction writers. He currently lives in Buenos Aires, where he coordinates writing workshops and co-directs the editorial project Cuentos María Susana. His novel Los Llanos was a finalist for the 2020 Premio Herralde de Novela. 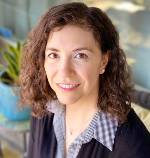 Mireille M. Mariansky studied Translation and Interpretation at the Middlebury Institute of International Studies at Monterey. She previously studied interpretation at York University in Toronto and holds a BA from the University of California, Davis. Born in Mexico City to Mexican and Argentine parents, Mireille now lives in northern California.

He was getting used to being alone by now. It was his birthday, and not a single person had gone to see him, or even given him a call. Not…

A Conversation Between Betina González and Heather Cleary, Author and Translator of American Delirium

In an unnamed post-industrial city somewhere in the United States, people known as “dropouts” are abandoning their homes, their jobs, and their children to join communes in the woods. This…

Andean Dystopias: When the Future Clashes with Desire

The popularization of the word “dystopia” is attributed to John Stuart Mill, in a speech he gave before the English Parliament. His intent was to reveal “something too evil to…